The Yoga of Anger. 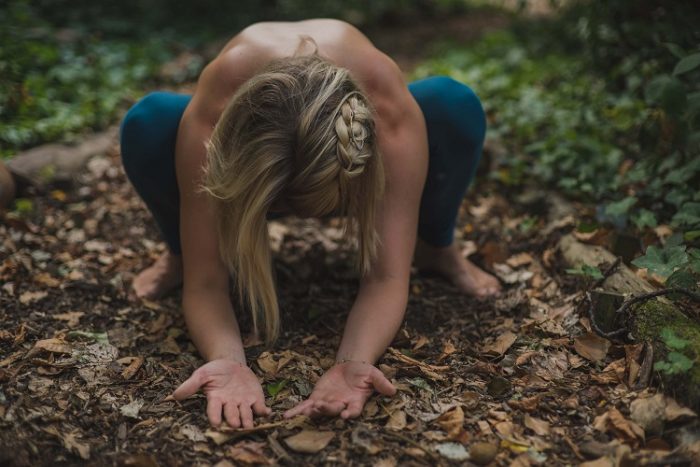 My father’s rage was destructive.

He was filled with a kind of sharp, hot anger that left me terrified and always ended with empty apologies or excuses. This was the landscape of my childhood. Even after I moved away, I remained on high alert for more years than I care to admit.

Yoga entered my life at a time when I was becoming deeply aware of my suffering.

Following my instincts, I attended my first yoga class in college. Silent tears slid down my face during Savasana—the relaxation posture at the end of yoga class—as I tentatively explored what it might be like to feel safe in my body again.

I kept going back to those classes and hungrily read everything I could get my hands on about Patanjali’s Yoga Sutras and the eight-limbed path—the philosophical treatise on which modern yoga is based—knowing on some level that yoga was gently healing me by bringing me back into my body.

I felt a deep resonance with the yogic teachings around anger. My takeaway as a twentysomething was, “Anger is horrible and should be avoided at all costs.” I agreed, thinking of my father. So I committed to ahimsa—the first yogic principle of non-harming—and disavowed anger.

The only problem with my choice to disavow anger is that I was, in fact, angry.

I was constantly irritable (not angry, thank you very much). I was self-destructing through drinking and other excessive behaviors. My physical features announced my anger before I ever opened my mouth: my face was red, my forehead creased, and my fists were almost always clenched. Beneath a very thin veneer of yogic ideals, I was caustic. Honestly, I didn’t enjoy myself much so I’m sure others didn’t either.

I would wake up every morning exhausted and hungover, but full of hope as I stepped onto my mat, sure that I would be the very picture of peace and love if I would just practice more, dammit.

Try as I might, I couldn’t get beyond the truth: I had been deeply impacted by trauma. I was experiencing symptoms of PTSD. I was filled with grief and rage that I had been holding in, stuffing down, and otherwise trying to keep at bay for as long as I can remember.

But I needed my anger and my grief to heal.

At a critical moment, I found myself in therapy where I committed to stop drinking so I could show up fully and get well. Bit by bit, I waded into the ocean of my emotions. I cried buckets every morning on my yoga mat. I let myself grieve and I felt fear like a champ. I got honest and made heartfelt apologies to people I had hurt, including myself.

As I remained sober and began cleaning up the emotional wasteland left over from a traumatic childhood and my own self-destructive tendencies, I began to experience brief glimmers of real happiness.

Being emotionally honest with myself felt like real ahimsa: non-harming in action.

But anger eluded me. Or, should I say, I eluded anger. I was so painfully aware of the damage that anger had caused in my life, I denied my own deep anger. I was feeling so much better—did I really need to process the anger?

The answer was yes.

I knew the anger from my past needed attention and healing, but having been on the receiving end of such destructive rage in my childhood left me terrified of facing my own anger. However, I had my daughter and at that point, I recognized that getting better at being human wasn’t just about me any longer—it was for her, too. After childbirth, and falling in love with my daughter, I no longer believed that any part of us could be “bad.”

I began to experiment with feeling the sensation of anger move through my body. I began attending kickboxing classes with the intention of expressing anger without harming others. As I became more skillful with anger, I began to appreciate its key role in restoring my own sense of wholeness. It became part of my yoga and meditation practice as I welcomed all of my emotions, both on and off the mat.

As I became more intimate with anger, I was able to separate destruction from anger. To be honest, I largely credit embracing anger for moving me out of post-traumatic stress into post-traumatic growth as I came to know anger in its healthiest, most life-giving expressions.

Today, I appreciate anger as the wisdom that protects us from dangerous people and circumstances. I experience anger as the personal authority to set boundaries which foster healthy connection with others. I know anger as the courage that brings us into truthful conversations that deepen our relationships or tell us when they are over.

Healthful, restorative anger requires us to pay attention to, and honor, the subtle nudges of anger. Healthy expressions of anger do not allow resentments to fester for the sake of “being nice” or polite. And, generative anger is deeply respectful of others: it is steeped in non-harming and compassionate truth.

Restorative anger is a much needed ally in today’s world.

Now, more than ever, in a world that is coming apart at the seams from the damage done by people seeking power over others, we—the kind, the generous, and the spiritually minded—need to embrace anger as an ally who will assist in birthing a new world of peace and prosperity for all beings. Healthy, restorative anger can help us create a world that elevates personal authority, truth, kindness, and dignity.

Healthy, restorative anger gave me the peace and the happiness I desperately wanted. It taught me about true ahimsa. Healthy anger continues to be a powerful ally, encouraging me to ask, and answer, the question, “What kind of world do I want to live in?”—and to take the steps to make it real, to make it so.

This is the gift and the promise of healthy, generative anger—it is a catalyst that inspires right action. When we are able to let anger inform us and illuminate our truth, it changes our individual behavior, empowering us to heal and experience our wholeness, and in doing so, to take action aligned with love and integrity. 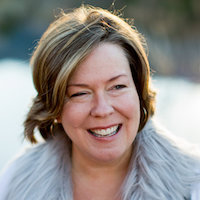