Where does the Historical “Ford vs. Kavanaugh” Hearing Leave us Morally? 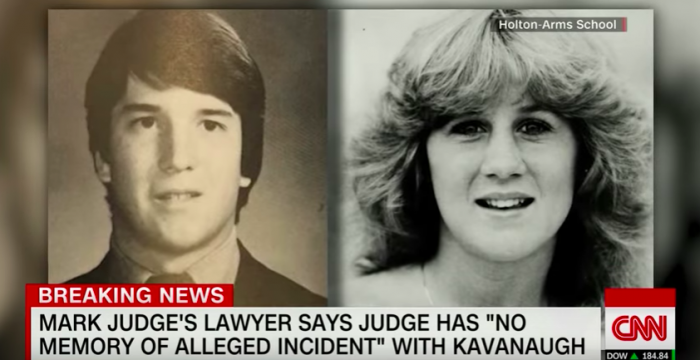 Hers was raw, emotional, dignified, and resoundingly credible; his was the rabid testimony of an enraged and entitled would-be Supreme Court Justice, in serious denial.

Along with millions of American viewers, and millions more worldwide, I watched and evaluated the testimonies of Dr. Christine Blasey Ford and Judge Brett Kavanaugh at the Senate hearing last week.

Where does this dramatic and historical hearing leave us?

Shameful party-politicking and posturing aside, it leaves us floundering in the question: are we in a pivotal cultural shift moment where the burgeoning #MeToo movement is taking serious hold? Or is this country plummeting into a deeper hole of cultural and moral polarization?

I’m an optimist, so I believe the former is where the moral compass is pointing us. A Mennonite Community farmer in Canada would seem to agree with me.

In his debut book, Life at the End of Us Vs Them—Cross Culture Stories, Marcus Peter Rempel, a son of Mennonite Mission workers, delves deep into the pressing questions and moral quagmires of our times. Through anecdotal reflections, searing and provocative social commentary, and the literary lens of philosophical giants, René Girard and Ivan Illich, Rempel takes us on a roller-coaster ride of 21st century enlightenment.

He calls out our ideological delusions for what they are. For example, when he comments on the moral failure of scapegoating “violence”:

“Scapegoating is the first ‘good violence.’ Other forms of ‘good violence’ have followed in its line: just war, capital punishment and the corrective physical discipline of children. What all of these have in common is that they require a veil of special status, a uniform agreement that those dealing out the violence have an elevated role (e.g. a ‘soldier’ is not a murderer and a ‘disciplinarian’ is not an ‘abuser’), and that those on the receiving end of the violence deserve it.”

So, if a 15-year-old female high school student (Christine Ford) shows up at a party of drunken male louts, she can at the very least expect to be sexually assaulted by one of them (Kavanaugh)? And, in being violated and traumatized in such a brutal manner, she (and we) are expected to accept it as understandable, “normal” drunken party etiquette?

But there are those who would scapegoat “innocent” teenage behavior in such a manner. Let’s leave such immaturity back there where it belongs; no more questions and just move on with the rest of our “entitled” and privileged lives…

As Rempel so aptly puts it: “Honesty about what is going on in our bodies and our brains, rather than silence, is an essential condition for moving out of sexual violence into sexual health.”

One Story, One Tribe, One Vision.

Whatever President Trump’s “limited” FBI investigation reveals, one thing is resoundingly clear: careerist politicians, predatory movie makers, and racial bigots have had their day. #MeToo is not going away. We are in search of peace, justice, and the integrity of creation.

As in Black Elk’s great vision, quoted in Rempel’s book, Life at the End of Us vs Them:

“And I saw that the sacred hoop of my people was one of many hoops that made one circle, wide as daylight and as starlight, and in the center grew one mighty flowering tree to shelter all the children of one mother and one father.”

Acknowledging, caring for, and sheltering innocent victims of sexual violence, whether on college campuses or at “blackout” high school parties, needs to take precedence over sleazy and boorish political posturing—whether such immature behaviour exhibits itself on Capitol Hill or behind cowardly, juvenile tweets.

It’s time for our political leaders (at least many of them), to grow up and exhibit the dignity, decorum, and moral leadership we expect of them.