We are All on a Spiritual Journey, whether we Know it or Not. 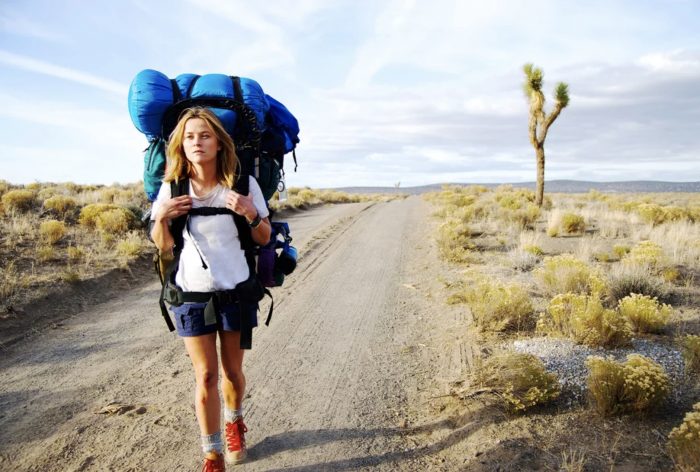 Yet, here we are, trying desperately to understand everything all the time. Maybe that’s just human nature. We want certainty. We want to be sure that we know. We want our identity to be justified and affirmed by our beliefs about the world.

I notice this in myself: the deep need to be “right,” and how this desire prevents me from seeing things clearly. If we can catch ourselves doing this, we’re all the better for it.

The truth is, we don’t actually know that much. Sure, there is a wealth of scientific knowledge that we have developed and that’s been made available to us, but that’s not what I’m talking about. We don’t know what being human really is, and we certainly don’t know what the nature of the universe really is—at all!

Occasionally, we will get glimpses of the nature of reality, whether we’re having a truthful conversation with someone we love, practicing meditation, or taking a hallucinogenic substance; but that feeling doesn’t seem to stick around for very long.

On a more casual level, rarely do we meet people who know anything about themselves. Seriously. Almost everyone’s blind spots are obvious to us within  minutes of meeting them, but they themselves can’t see it or they wouldn’t act out these behavioral patterns.

We’re too damn complicated, and we’re not so good at figuring ourselves out (if you haven’t noticed). Come to think of it, we don’t even really know what a “self” is, other than a vague feeling of living behind our own face.

Life is more than we know. The only thing that seems clear to me is that we’re a fragile and finite speck of consciousness moving through infinity with no apparent destination. We’re all on a journey of some kind, because time and space keeps moving while we’re still here.

Nothing stays the same—it all changes—and we’re part of the change. I would go even further and say that all of us are on a spiritual journey, whether we know it or not, and the quality of that journey is determined by how deeply we pay attention to our lives.

Spirituality gets a bad rap. The word means very little in today’s world. It could imply anything from far-right Christian rhetoric to tarot card readings and astrology. The whole “I’m not religious, I’m spiritual” schtick is getting old. Believing in “energy” as opposed to “God” doesn’t always make us cool. There really isn’t a universal definition of spirituality that gets our juices flowing, so I thought I’d put one forward and see if it resonates:

Spirituality is any practice or manner of being that connects us with the felt phenomena of experience.

In English, spirituality implies anything that makes us realize how amazing it is that anything exists at all, and makes us feel that we are a part of that phenomena. There’s no separation between ourselves and the world, and recognizing this fact with the whole of one’s being is the essence of spirituality.

Now, that definition may look good on paper, but it won’t bring about a revelation in itself. The beginning of change—a deep fundamental restructuring of how we perceive life—comes from the constant practice of paying attention.

What I’ve been doing lately, through meditation, self-inquiry, and artfulness, is training myself to notice the present moment.

I’m not trying to become anything other than what I am. I just want to catch a glimpse, here and there, of how real each moment actually is. It’s pretty intense at first, as I’m also becoming aware of how rarely I’m paying attention. This is a big step, because the beginning of freedom is realizing that we’re a slave to our own neurotic thoughts.

I’ve said it before and I’ll say it again: seeing is our superpower.

The capacity to bare witness to life, to be the silent watcher beneath the chaotic flux of the world is where our power and clarity really come from. It’s the stuff we don’t see, our childhood trauma and pathological behaviors, that really hurts us. When we see something, we know it’s there—either within or without. If we see there’s a bus coming we won’t stand in the middle of the road, and if we see that we’re perpetuating an unhealthy habit of mind that’s doing us damage then we’ll put an end to it!

To see how we’re making ourselves suffer in the moment, to catch ourselves creating negativity for absolutely no reason, is the beginning of a personal transformation.

So, we don’t know that much about why we’re here or what we’re doing most of the time, and that’s okay for now. Again, life was never really meant to be known—it’s meant to be seen and experienced.

This is the journey.

We are connecting with our own human-ness and feeling ourselves as an intrinsic part of the universe. Knowledge will not save us from our demons, only the felt experience of the present moment can bring about true healing; and it is our own quality of attention that opens the door to the deeper parts of ourselves that make this transformation possible.

The journey is within.

Notice everything. Be watchful. Be mindful. To use the term from “Zorba the Greek,” “Embrace the “full catastrophe” of life.”

I’m learning that change is always possible, as long as we can see that it’s necessary.