What it means to have Spiritual Grit. 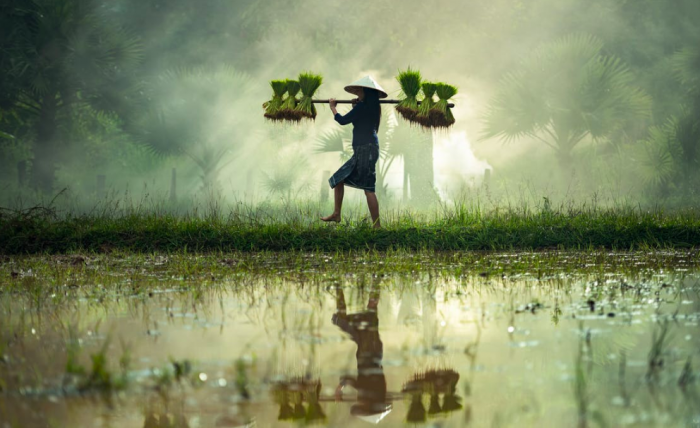 Have you ever taken a good look at the hands of a lifelong farmer or manual laborer?

Have you ever felt the rough edges of their callouses scratch against the tender flesh of your palm as you pull back from an embrace?

There are stories that live inside those cracked and dirty fingernails that are so rarely understood and yet so often romanticized.

Very few people in our modern society have any idea what a life of grit actually feels like, but it’s all too common to see it reduced to a symbol and idolized.

Whenever we get too ensnared in a single mode of existence, it seems that our natural tendency is to fantasize about what’s on the other side. Because of this, we often find ourselves thinking in abstractions and confusing the idea of a thing for the thing itself.

Sure, the idea of offering our hands to the earth and spending our days communing with a misty field of vegetables sounds beautiful—but if you ask any farmer how they feel about that field around two in the afternoon, you will surely get a less than beatific response.

The same kind of thing goes for spiritual practice. The modern world has left so many of us wrung out and drained that the moment an image of transcendence comes along, we see it as food for our consumption.

All we want to do is take a big ol’ bite, but we don’t seem to realize how much work is actually involved. We don’t take into consideration all the struggles and confusion that come along with committing ourselves to a regular practice.

When we reduce the spiritual path to a symbol, we compromise the one thing that makes it worth following—the physical journey.

In my experience, I have come to see that the path is much less about reaching the pinnacle than it is about understanding the terrain. Any upright mammal with a helicopter can land himself on the top of a mountain but it’s the one who sweats it out on foot who truly gains something from the experience.

It’s the practice itself that awakens us. It’s the posture and the breath and the resolve to sit—no matter what—that creates the gap for us to see through. It’s not about bettering ourselves, or changing ourselves, or triumphing over our weaknesses—it’s about accepting where we are and sitting with what arises.

To believe that awakening is something to accomplish is to squeeze out all its nectar. To reduce realization to a dot on the map is to saw at the branch that is supporting our weight.

Isn’t this what all the great masters have been saying since the beginning? They’ve been trying to tell us that there is nothing extraordinary about them as people and that the practice itself is where we should focus our attention.

They’ve been trying to get us to rub the callouses on their hands instead of focusing on the soles of their feet.

In a lot of cases, I don’t even think truth is what we’re really after. We might try and convince ourselves that we want to be fully “awake,” but at our core all we really want is the highlights. We like the idea of awakening but we don’t want to take responsibility for such a radical shift.

We would rather allow those we’ve reduced to symbols to shoulder the weight of our liberation. We would rather go on believing that there are perfectly realized beings out there who were born without blemishes and are here for the sole purpose of saving those less fortunate.

Most of us really don’t want to hear that our teacher isn’t a picture of perfection. Many of us don’t want to think about the possibility of the Dalai Lama getting an erection (maybe not so much these days but I’m sure he has).

After all, what would that mean for those of us who depend upon his infallible image? If someone like the Dalai Lama is subject to such animalistic urges, how can we, lowly peasants, ever expect to awaken?

This—I believe—is exactly where our confusion stems from. When we overlook the true dedication and spiritual grit of someone like the Dalai Lama and instead choose to focus on their status or achievements, we confuse the map for the terrain.

Practice is the terrain. Practice is the sweaty hike that allows the map to be created. Those who follow the map are benefiting from the hard work of those who came before them but we will never fully understand the journey until we walk it ourselves.

Japanese Zen master, Yasutani Roshi, put it like this:

“If you would be a person of true worth and not a phantom, you must walk upright by yourself, dependent on nothing. When you harbor philosophical concepts or religious beliefs or ideas or theories of one kind or another, you too are a phantom, for inevitably you become bound to them. Only when your mind is empty of such abstractions are you truly free and independent.”

When we cling to the idea of a thing instead of appreciating it’s raw, elemental form—we are diluting the true beauty that lives within it.

If we choose to focus on our ideas about spirituality instead of going deep into our personal experience, we will inevitably bind ourselves to the surface like a ghost is bound to its grave. 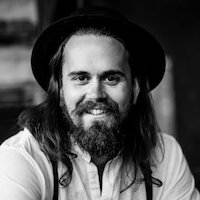