7 Ways to help your loved one with an Eating Disorder survive the Holidays. 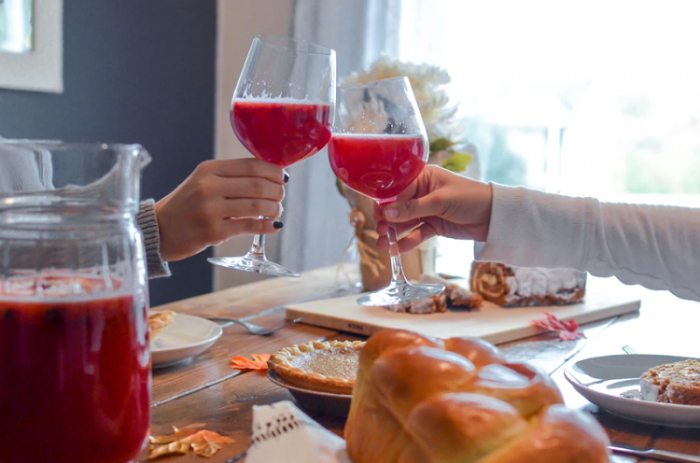 When I was recovering from an eating disorder, Thanksgiving was one of the most difficult holidays for me.

I was surrounded by “forbidden” food, felt pressured to eat or overeat, and would have to field conversations about extremely triggering topics.

While I had supportive family members, they didn’t really know what things they could do specifically to help me. And I didn’t know what to ask for. As I recovered, I eventually learned different strategies that made Thanksgiving not just survivable, but enjoyable.

If you happen to know a someone—a friend, child, sibling, grandchild, or cousin—who is recovering from an eating disorder, you might be wondering: what are some things I can do to support them during the holidays?

This list is based on my own experiences, and while everyone deals with their eating disorder differently, I like to consider it a helpful starting point:

If your relative has confided in you that they’re recovering from an eating disorder, thank them for entrusting you with that information. It’s not an easy thing to admit, and unfortunately there is still a lot of stigma and shame around eating disorders.

Then, find out if they’d like that information to remain private or if they’re okay sharing it with other family members, as they may not want to field questions from nosy relatives who won’t understand their experience. Be sure to honor their privacy and trust.

2. Be their “Spokesperson”—shut down talk about Weight, Diets, or Calories

Diets, calories, and weight often seem like an inevitable topic during holiday meals, especially Thanksgiving. As innocuous as they sound, they are some of the most triggering conversation topics for someone with an eating disorder. It’s exhausting enough for a person with an eating disorder to already be fighting the mental battle of thinking about what they weigh and what they’ve eaten or will eat—they don’t need other people at the table contributing to those concerns.

Ask if there are any topics that are particularly triggering for them, offer to be their “unofficial spokesperson,” and speak up or change the topic any time it comes up. It’ll be one less thing they have to deal with, and you can still respect their privacy while doing it—just say it offends or upsets you, instead.

Another option would be to talk to or email relatives beforehand on behalf of your loved one, and ask them to refrain from talking about weight, diets, and calories during Thanksgiving. Of course, if you go this route, make sure you have your loved one’s permission before sharing their story with anyone.

It was such a huge relief to me to have an ally at Thanksgiving and to not have to deal with triggering topics on my own.

3. Don’t Comment on what they Do or Don’t Eat

You might be concerned that your loved one is not doing “well” with their recovery if they only take one bite of food, but that’s not necessarily the case. Eating that one bite might be a major victory for them.

Don’t make comments on what they’re eating or badger them into eating more. If you notice someone else doing this, speak up and defend your loved one. Tell them that he or she knows their body better than anyone and can be trusted to feed it well. Also, it’s honestly just rude to comment on what other people eat.

This might be as simple as saying something positive about your own body or enjoying your food without referring to it as “good,” “bad,” or a “guilty pleasure.” Model moderation and mention how you love and trust your body to know when you’ve had enough to eat. Savor your food, don’t refer to exercise as a “punishment,” and avoid talking about needing to exercise or reduce calories to “make up” for “overindulging.”

Since food is often the only focus of the day, it can become overwhelming for someone who’s already inundated by thoughts and guilt about food. It can be a welcome relief to think about something besides food on Thanksgiving. As an ally, you can either initiate the activity or support your relative in doing something non-food related.

Maybe on Thanksgiving morning you offer to take them to a yoga class. Or maybe you suggest a gentle walk sometime during the day. Make sure that you’re not treating the exercise as punishment, but rather as a way to connect to your body and listen to it. And the activity doesn’t have to be exercise related—something tactile, like playing a game or making some art together, can also work. Don’t pressure your relative to do any of this, but do be willing to jump in and join them if they’re interested.

6. Be Careful with Compliments

Now is not the time to comment on someone’s appearance—even if they’ve lost weight and look “good.” If you must make a compliment, focus on something not connected to body size, such as: “You look so much happier these days,” or “It seems like you have so much energy today!”

Sometimes, it’s just hard to talk about an eating disorder. Don’t expect your relative to open up to you, and don’t be offended if they don’t. Instead, one of the most helpful things you can do is to support them. Encourage them to talk to a doctor, offer to help them pay for an extra session with a therapist around the holidays, or even just let them know which room they can use in the house if they need some privacy to call a friend or a counselor.

This list is by no means exhaustive, but my hope is that it can prove beneficial this holiday season.

And just remember, if you have a strong relationship with your loved one, ask them how you can support them. They may not know exactly what they need or they may not want to make a big deal out of it, but knowing that you recognize that the holidays can be a particularly difficult time for them can go a long way in helping them feel seen and supported. 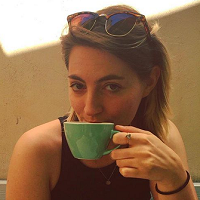