“He’s Cheating on Me”—3 Techniques to shut down our Fear Stories. 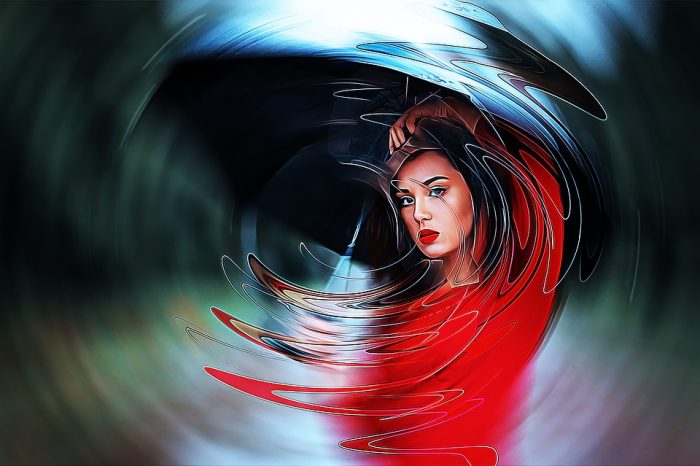 Some of them are true, and some are fiction. Some of them—the terrifying ones where something bad is about to happen to me—live mostly in my head.

Those stories are the easiest to create, and they’re born out of fear.

Yasmeen (I changed her name here) was a woman my boyfriend and I came into contact with frequently in a discussion group we belonged to. Yasmeen, with her yoga pants and pierced nostril, looked like an ad for a trendy suburban yoga boutique. She was 10 times prettier than I am and much more skilled at injecting just the right spiritual “buzzwords” into a conversation at just the right time. She had the resources to grow in light and love by doing things like spending six months at an ashram. I don’t.

She was my boyfriend’s ideal woman.

Whenever we were with her, she would address my boyfriend (while dismissing me), twist a curl around her finger, then run her hand through her hair. Then, she’d do this screwy, pouty thing with her mouth, and sometimes chew adorably on the tip of her finger.

She consistently arrived late to our discussions, frequently presenting with some minor illness or injury, which seemed to cause people to want to pamper her—like the time someone got up and covered poor Yasmeen with a blanket.

It didn’t help that she and my boyfriend were in similar lines of work, and others in the group were encouraging them to get together. I assumed my boyfriend couldn’t resist her. He was probably thinking of her when he looked at me. They were probably making plans to meet in secret, and I was preparing for the time when they broke the news to me that they had decided that they were perfect for each other.

I even wrote a humorous country song about the situation, to the tune of “Jolene.”

I was making myself miserable with this story I’d spun, so I confided in a good friend. My friend listened compassionately, but then said, “Okay. First, what if this is a story you’ve been making up in your head? You do realize that most of this could be untrue, right?”

Yes, I probably did realize that. But what if it was true?

In the real world, my truly lovely boyfriend had given no indication at all that he was interested in Yasmeen. And I knew he loved me. I trust him, and I know he finds me interesting and attractive, and would probably find it tedious to be with a woman who always knows the right spiritual, magical words to use—even if she did have a pierced nostril.

But fear and insecurity are often close friends with imagination.

As for me, one of my biggest fears is abandonment, and I’ve frequently caught myself (or someone else has caught me) making up wild scenarios in my head, like the one above, in anticipation of the worst, so that I’d be prepared and ready if it were really true.

It’s a mechanism frequently used by people who have experienced trauma.

From time to time, we all make up stories that are based on a fear of something that hasn’t yet happened (or that never will).

“I’m going to fail that test, and I’ll never get into grad school and my parents will be so disappointed.”

“I’m not going to get that job and I’ll be homeless by the time Christmas comes around.”

“I can’t find my bank card, and I know it probably already has thousands of dollars charged to it by someone who stole it, and my credit will be ruined forever.”

But like Zach Williams sings, “Fear, he is a liar. He will rob your rest, steal your happiness…”

Fear is a liar. It makes us focus on something that isn’t true or hasn’t happened, until we convince ourselves that it’s true.

But back to the Yasmeen story. That evening, my friend, who happens to be a therapist (though she’s not my therapist, she sometimes can’t help putting on her therapist hat when we’re talking), introduced me to a technique that she uses in her practice to help her clients work with and dispel a thought or fear that’s disruptive.

On the phone, she walked me through the exercise, called the Spiral Technique, and I found it instantly calming. I’m going to share it below, along with two others that can help disempower the fear that makes up those stories in our heads.

(Please keep in mind that these are not for helping you through major trauma, and are not a substitute for clinical therapy if you feel you should seek it.)

1. Close your eyes and think of the situation or troubling thought around your fear.
2. Hold the thought front and center in your brain.
3. Now, begin to imagine a spiral: a vortex, a screw, a spiral staircase…
4. Imagine spiraling gently all the way down and around the spiral. (Or, imagine your eyes just tracing the spiral all the way down.)
What you’re doing is crossing the midline of your brain. This moves the impulses back and forth from the left to the right hemispheres, similarly to REM sleep.
5. Check in with the thought or image, then repeat.

Usually, about four repetitions are all it takes for the image or thought to feel much less troubling. You may find other variations of this technique that work for you, as well.

1. Picture the troubling thought (or person or situation) on a blackboard or whiteboard.
2. Wipe the image clean from top to bottom, as though you were erasing the board, until the image/thought is less troubling.

Both of the above techniques are neuromuscular EMDR (Eye Movement Desensitization and Reprocessing) techniques taught by Francine Shapiro, inventor of EMDR, in her book, Getting Past Your Past.

This technique is from Jackie Woodside, author and creator of Curriculum for Conscious Living.

It’s not that we should never have fear, or that we should ignore or run from fear, but we can take the wind out of its flapping sails so that it doesn’t make up stories and paralyze us. 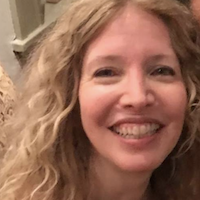 The Stories We Tell Ourselves & the Tapestries We Weave. An Exercise to Help Us Overcome Fear & Self-doubt.