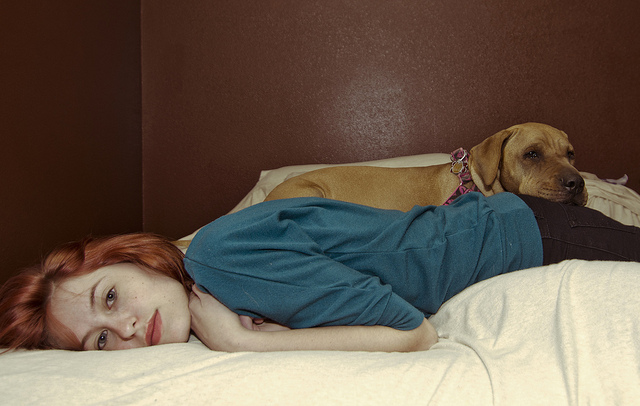 During an early morning, in May 2013, the sun was creeping in through the blinds, and I cursed myself for never getting around to buying black-out curtains.

I’d lived there for five years, but the feeling of it being a temporary living situation never truly left me.

As I tried to hide from the day by enveloping myself in fluffy blankets and an army of pillows, I could hear the buzz of my phone. Without my glasses, I blindly felt around until I stumbled upon it. I squinted to see what the early fuss was all about.

It was a text from my fiancé.

We had been together for 12 years and had just gotten engaged the previous February on a trip to Southeast Asia. We watched fireworks over the bay for Chinese New Year, toured temples, and looked for a flat in Singapore. His company was moving him there soon, and I was to go with him. It was an exciting, daunting, and scary experience all at the same time.

The text said he needed to talk with me. He sounded—as much as you can “sound” like anything in a text—panicked. Admittedly, I didn’t think much of it. He could be tightly wound from time to time. So, I asked if it could wait, as I wasn’t awake enough to handle talking him down from whatever it was that had gotten him so worked up. But no, it had to be now. He was in Singapore working—and with the time change and his demanding schedule, I relented, so we could talk on Facetime.

I moved to the living room, just to make sure I’d stay awake and attentive. When the video feed began, he looked…off. Perhaps he was just tired. After all, three-week rotating commitments in separate countries across the globe from one another, while trying to balance a long-distance relationship, had clearly been taking a toll on him.

I don’t remember how the conversation started, but as he finally got to what he wanted to say, we lost connection…[email protected]!#.

There were a few more awkward minutes while we got back online and retraced where we were in the conversation, and then he cut to the chase: he wanted to break off the engagement. And with a brief pause, he said he also wanted to end our relationship.

I vividly remember looking down at my ring, not saying anything. Not reacting in any blatantly obvious way that one would expect when you’re in the middle of your world being shattered before your eyes. I was shockingly flat in affect. The sense of disbelief perhaps overwhelmed the ones of failure and guilt that were outside the door, knocking until I was ready to open. The room felt like a vacuum. There was no sound.

Disbelief took over. I insisted this was just one of his “episodes” and convinced him to take some time and get back to me in a month so we could discuss. This time he relented, and we agreed to talk soon.

It was a deafeningly silent month, in which I did my best to ignore the guilt and failure I felt for contributing to us getting here. I’d like to say I was cautiously optimistic, but I was more likely in hardcore denial. He and I met when we were 19. We were family.

Anyway, the month rolled by—and a few days after my birthday, my love wanted to talk.

I went home, prepared for the worst and expected the best, sat on my bed, and turned on my computer. I was relieved to see him; to hear his voice was oddly comforting given the circumstance. I told him I was scared. He abashedly acknowledged.

I don’t remember much of the conversation because—bottom line—his answer was the same.

I wailed a sound that I had never heard come from me before or since. To this day, I’m not even sure it was human. “Nooo! Why? Why?!,” I demanded. He couldn’t explain. So, I began to beg as if my life depended on it. “Please! Please! We can work this out. Please! No!”

I couldn’t breathe. The waterfall coming from my face had now soaked my shirt.

I was experiencing what I now know to be cognitive dissonance—where the reality of what was happening didn’t match what I felt to be true: that he was the love of my life. I was the most beautiful woman to him, in or out of the room. He would never do this to me; certainly not in this way. This man was my safe place in the world.

How wrong I was. After that moment, my fiancé, his family and friends, the life I was planning, and the girl I had known for 30 years vanished. I’ve never seen him or them since that moment.

To this day, I do not have the answers I wanted or any profound recognition of the deep destruction initiated upon me. Much later, I recall telling a friend that I no longer recognized the person I was before this happened. I would say that it felt like I died, and any memory of that person felt like watching a movie of someone else’s life.

Trauma, as I’ve heard it so eloquently put by Tara Brach, is a cutting off. It’s a cutting off from our own body and a cutting off from others. It can happen in a single incident or within many over the course of time. Whichever way it happens though, in these moments, our nervous system gets so overloaded that our existing coping strategies don’t work. And because we can’t process what is happening, we freeze, and the resulting fear gets locked into our energetic and physical system. This is how Post Traumatic Stress Disorder (PTSD) arises.

Before I heard this, I knew I had symptoms similar to trauma and PTSD, but could not bring myself to say it out loud. I had always presumed these two things were saved for those who experienced violence or the death of a close family member. I thought admitting to struggling with my trauma would be viewed as dramatic and disrespectful to “real” survivors.

But I knew I had symptoms. Among the many, adrenal fatigue, muscle pain, and spacing out while losing track of time were accompanied by strained relationships and a distrust of my own judgment. Unknown to me at the time was that the high level of cortisol was destroying neurons in my brain causing everything to be perceived as a threat.

The Siridian Institute says that 70 percent of Americans experience trauma at least once in their lives and that 20 percent of those will go on to have PTSD symptoms.

That is an incredible number of us navigating turbulent waters. And whether it is initiated by violence, the sudden death of a loved one, an illness, or something “low-grade” like the loss of a relationship or a job, the possibility of experiencing some level of trauma is far more normal than we may recognize.

Unfortunately, it’s the shame of it all that keeps us bound to the experience of uncomfortable and ugly life events. Shame will cause us to internalize or externalize blame, guilt, or anger, and give us reasons to avoid feeling and dealing.

I know for me, it only prolonged my recovery and in some ways continues to prohibit a full reconnection with the unlived life that is waiting for me. Years later, I still deal with things like intrusive thoughts and regaining self-confidence. But I’ve somehow learned to relax into it, knowing that I can call it what it is: trauma.

I share this with you today in hopes that, through my story—which is equal parts unusual and ordinary—we can begin to soften to ourselves and to one another. Should you be facing something difficult or supporting someone who is, may you find peace in knowing the normalcy of trauma.

Do your best to find healthy ways to ground when it feels like too much and to accept that your healing will happen in its own time. Be compassionate and patient with yourself. And lastly, release any shame and lean into others for support.
Be well. 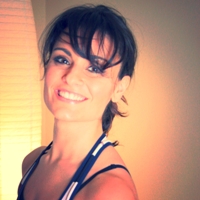