PTSD: The Not-so-Typical Reasons many of us Have this Disorder. 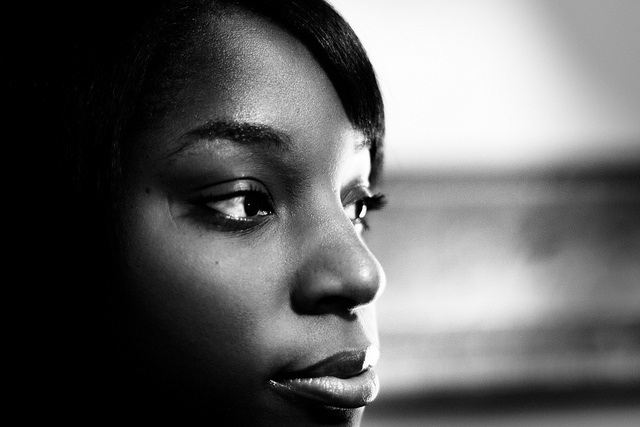 When I was 29, I was diagnosed with PTSD: post traumatic stress disorder.

I wasn’t coming back from combat, I hadn’t seen anyone murdered and I hadn’t been abducted by a psychopathic serial killer. I was just one of countless women dealing with the aftermath of an abusive relationship.

I’ve written about that dark time with my narcissistic ex quite a bit—often to cries that I’m the one who is mentally ill. And honestly, I was. But not anymore. Now I just suffer from the fallout.

Flashbacks so vivid I can confuse them (briefly) for reality? Check.

Jumping out of my skin at the lightest unexpected touch? Every time.

Extended periods of self loathing and questioning of my basic right to be alive? Uh huh. (Though that is getting better.)

What is Post-traumatic Stress Disorder (PTSD)?

When in danger, it’s natural to feel afraid. This fear triggers many split-second changes in the body to prepare to defend against the danger or to avoid it. This “fight-or-flight” response is a healthy reaction meant to protect a person from harm. But in post-traumatic stress disorder (PTSD), this reaction is changed or damaged. People who have PTSD may feel stressed or frightened even when they’re no longer in danger.

PTSD develops after a terrifying ordeal that involved physical harm or the threat of physical harm. The person who develops PTSD may have been the one who was harmed, the harm may have happened to a loved one, or the person may have witnessed a harmful event that happened to loved ones or strangers.

We often think of PTSD sufferers as people who have been involved in classically violent situations like war, assault or terrible accidents, but the real root causes of this disorder are actually infinite.

When I mentioned on social media that I was writing this article and asked if anyone would care to share their personal experiences with me, I was frankly astonished by the number of replies that came pouring in, as well as the disparate PTSD triggers which they described.

Some of those mentioned—divorce, infidelity, “religious trauma,” “illness trauma,” “emotional, spiritual abuse” and “flat line (or near death) incidents”—might not be things we imagine would put us into “fight or flight” mode, (unlike someone else’s response which was simply and horrifyingly, “a guy tried to kill me and left me for dead”), but we humans are exquisitely designed to survive. Any perceived threat to that survival on any level; mental, emotional or physical causes extreme internal reactions.

Our survival instinct is so strong, in fact, that even witnessing a violent event, or finding out about it second hand (think 9/11 and the terrible footage of people forced to jump out of the towers so they wouldn’t be burned alive) can impact our brain chemistry.

As the NIMH definition of PTSD states, the problem is not the natural and appropriate fear we feel in truly life threatening situations, but the distortion of that fear either immediately and/or over time. This kind of fear takes on a life of its own, and impacts those who feel it in myriad ways including (but not limited to) panic attacks, agoraphobia, social anxiety, depression, “reckless and self destructive behavior, sleep disturbance, exaggerated startle response, hypervigilance and feelings of detachment and estrangement from others.” (DSM-5, American Psychiatric Association p. 272)

So what does this mean for the average Joe? The statistics say we all have a good chance of either suffering from PTSD ourselves, or of knowing someone who does.

An estimated 7.8 percent of Americans will experience PTSD at some point in their lives, with women (10.4 percent) twice as likely as men (5 percent) to develop PTSD. About 3.6 percent of U.S. adults aged 18 to 54 (5.2 million people) have PTSD during the course of a given year.

And yet, this is something that is rarely talked about on a personal level.

Those who struggle with PTSD are usually also people, like me, who have endured things that are uncomfortable to talk about. It’s hard to wrap up the cause of our disorder in a socially acceptable sound byte, thus it’s also hard to explain why we feel the way we do. (We can’t casually mention to our acquaintances, for example, that our ex held a gun to our head.) This exacerbates the sense of isolation that we feel, and can lead to more disordered thinking. By adding a layer of shame and secrecy to our stories, we add to their deadly immobility.

One of the keys to mitigating the crippling effects of PTSD is taking it out of the closet and shining a bright light upon it. (Counseling, drug therapy, yoga, meditation, energy healing and support groups can all help too.) In the same way that saying the words “breast cancer” was unthinkable 20 years ago, so now is “admitting” that we have PTSD.

My light shining strategy is not complex. As always, it simply involves speaking my truth and hoping that opens up a door for someone else. Sometimes it does, and that is when my personal healing happens.

No matter what has happened to us in our lives, no matter how we have adapted to deal with our fears and our pain, we all deserve to heal. The truth can help get us there.

Ring the bells that still can ring,

There is a crack in everything,

That’s how the light gets in.

Nobody Processes Emotion: A PTSD Sufferer’s Step-By-Step Guide for all Human Beings.