Let’s have the Radical Audacity to Talk about our Good Qualities. 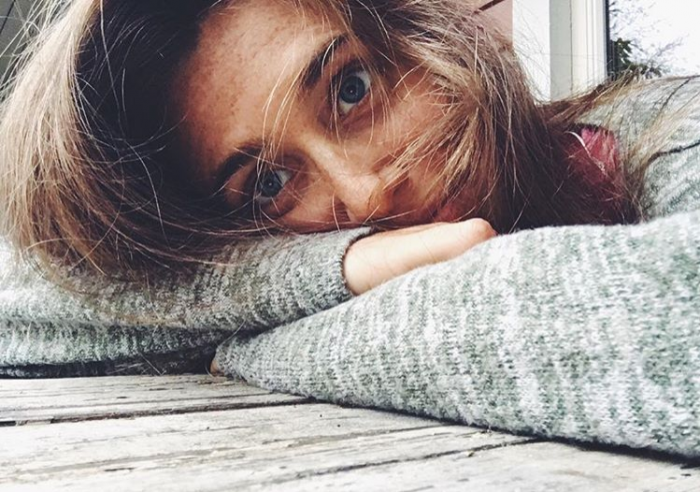 A few months ago, after looking at a video I posted on my Insta Stories, I smiled and told my mom that I was kind of charming.

She looked at me and told me that I sounded like I was getting full of myself.

I’d just never noticed before. I’d never seen it. The thought of the possibility of it had never crossed my mind.

It was startling, because it was a surprise–as if I’d become enchanted by somebody else that I was watching on screen.

The woman in that video made me smile when she laughed.

Ever since that conversation with my mom, I’ve been wondering why telling me I was getting full of myself would be her first response. Why it seems to be the automatic response when someone has the audacity to admit that they like something about themselves.

As if there’s actually merit in undervaluing, or worse, loathing ourselves.

Why is it so unnerving when someone talks about her accomplishments or her beauty? Why do we instinctively equate that with arrogance?

And, why can’t we see that it might just be a healthy dose of appreciation?

We spend entire days criticizing ourselves for all of our self-perceived inadequacies—whether that be the parts of our bodies we want to alter, or the stupid things we’ve thought, or said, or done, or believed.

Why does it feel so acceptable to talk about all of our faults, negative characteristics, and failings? And yet, so conceited or taboo to hint at the positives?

Why do we hesitate to admit to something we know we’re good at, because we’re worried about how someone else might react? Why does that even have to be a concern?

There’s something totally, painfully, sickeningly warped in all of this.

It hurts me to think about. But, more so, it makes me outraged.

The sad part is that many of us can’t even look, because we don’t think there’s anything there to find. It really shouldn’t be so hard, and at the risk of sounding vain and conceited…

1. I’m charming. Not the Joel Kinnaman kind of charming (just try to watch anything he’s ever been in, and not smile the second you see him on screen), but I’ve got a certain something.
2. I’m funny. Especially if you’re into sarcasm and have a dark sense of humor.
3. I’m smart. Really smart. I’m rarely intimidated by someone else’s intelligence, because I intuitively know I can hold my own.
4. I’m pretty, especially without makeup—which is why I don’t wear it. Well, that, and I’m usually too lazy to put it on, but I also know that I don’t need it.

Does this sound self-centered? If so, why? Think about it. Could you imagine making a similar list for yourself? Would you even dare to try?

Yes, we all have things that we want to work on. But we can know that there are things we want to release or improve, while also acknowledging that there are some pretty awesome things about us—just the way we are.

Knowing that we have positive qualities isn’t arrogant, and owning them doesn’t make us conceited.

And, berating all of our negatives doesn’t make us kind, humble, or modest. We don’t find humility in beating ourselves down, just as we don’t rise by stepping on others. It’s toxic and it doesn’t serve us.

It’s an understanding of who we are, what we’re worth, and what we deserve. It’s knowing that we’re wonderful, and loving, and worthy of love. That we have delightful gifts to share with the world. And that these parts of us are totally, absolutely, astoundingly ours.

I’m so tired of always, only, solely, hearing people pick themselves apart. Of constantly, continuously seeing images and reading about all the ways we need to fix what society tells us is perpetually amiss.

We’re made to believe that loving ourselves is hard. It seems to be this basic, intrinsic fact, like an inevitable truth…but why?

Why does it have to be so hard? And, why are we okay with it?

And, is there something we can do about it?

But we have to start by being okay with liking ourselves. We have to spend more time looking for the good things, and also, dare I say, admitting them. Talking about them. Owning them. Moving through the world in awe and wonder of the miraculous fact that we possess and inhabit them.

I’m not saying it’s easy, but I do think it’s easier than we let ourselves believe.

We just have to know and own the idea that it’s actually okay to like ourselves.