The Grief & Gifts found in Mothering from Afar. 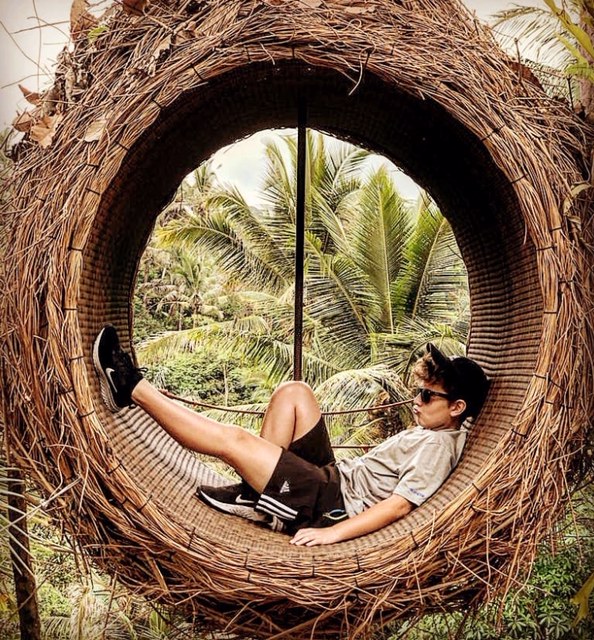 Every time I speak to my mother about her firstborn son, my older brother, she impulsively gets tears in her eyes.

She knew him for nine months in her womb, and three hours in the world. It was over 50 years ago, and still, her eyelids lower and her voice slows when he is mentioned.

It’s been just over two years since I last wrote about my boy, who went to live in another country with his dad.

I don’t like to count the time. And it still hurts like hell. But I give a thousand thank-yous to the universe because he is happy and well.

A certain song will come on, and I have to move quickly to privacy before my eyes fill up and overflow.

“How is he?” asks a neighbour on the street.

And I whisper, “He’s great,” but I swiftly retreat.

I planted sunflowers today. Sunflowers take 100 days to bloom. And I am counting and crossing the calendar with kisses, because he will be home in that time.

Every time he visits, I am like a meerkat, or an impatient fox. Waiting, focused, watching the destinations board, and not moving an inch from my seat in the front row—with one eye on the security guard to see if he will notice me jump over the arrivals barrier.

My palpitating heart seems to pump out of my skin with every glide of the departure doors, and I fear a cardiac arrest on the airport floor.

And once he finally arrives, it is always the same as before.

There is not an ounce of awkwardness or strangeness. Just huge love. He runs to me. I run faster. F*ck the security guard…who just smiles anyway. We hug and laugh and wrestle and nestle into one another from the moment he gets here. We still have the same jokes, the same joy, the same strong force of togetherness that I felt the minutes after he was born—that international, global, and spiritual anchor of parenthood.

It all becomes a blur: the signature, his little wrist band, the identification. His backpack full of snacks, bouncing off his wee hips, his kisses on my lips.

But on the return trip…

We move as slow as drifting seahorses. We take tiny little steps toward the Air New Zealand special assistance counter.

“Even smaller Mama,” he says.

It’s always the same late flight so he can sleep. He says, “Be brave Mum,” but I tell him I just can’t. And I can’t fight it. The tears just boil over, and my mascara runs—little black waterfalls staining my cheeks—because I am his mum.

At first, I didn’t want him to see me crumble. I wanted to hold it together so he wouldn’t worry or fret in any way. But that lasted zero seconds. Now, I tell him I don’t care if everyone in the whole damn building sees me cry because my feelings for him are as large as the ocean and my love bigger than the waves.

By the time we reach the customs gate and I can go no further, my heart is in a thousand pieces. That last look as he turns the corner—it kills me. There is no faith, no trust, no strength, and no good behaviour in that moment. We have done it a few times now, and it only gets worse, never easier.

Our goodbye is a devastation that devours me—whole, like a snake.

When some mothers find out I have let him travel so far, fear crosses their faces, and it becomes slightly uncomfortable. They wonder out loud: “How could you do such a thing? How could you let him go?”

To them, I am suddenly different.

But I am exactly the same.

I was pregnant for nine months, and I went through the same labour pain. I breastfed and bundled him up in the cold. I stayed awake all night when he was unwell. I went to play centres, and made mud pies and play dough. I pushed him in the stroller to the park under the sunshine, and sometimes the snow. We still baked cakes and built sand castles and I planned many parties and clapped my hands at every milestone.

I still don’t know how to respond to those who judge or question or criticise my decision.

I simply wanted no custody battle, no pulling or pushing him in either direction. I wanted only peace for him.

Mostly nothing works for the pain. Not even the shot of whiskey I have in my bag for emergencies. But I know that he is happy and my sacrifice is not in vain.

And somehow, when I know his plane is up high in the sky, I stumble to the last courtesy bus. And I sob and I wail and take huge gulps of the cold outside air—but that doesn’t get me anywhere. I feel extremely frail; I become the child: bewildered, wild.

Grief is a full-bodied experience. It runs through me like a raging current.

I fall into my hotel room, and I curl into a ball on the bed, on top of the fresh white sheets. Unable to unfold them. The curtains blow in the breeze, and I always stretch the windows wide open so I can be near him—by the stars. But I need night, the darkness, and then eventually the light. To grieve, to process, to put myself back together again. An emptiness devours me, like an eggshell with the yolk dispelled.

And I won’t sleep until I hear his father’s voice.

And then I board my own domestic flight home, sobbing softly alone, under big sunglasses to hide the swollen eyelids.

But even though my body shuts down, our bond doesn’t. He is still with me everywhere. My walking, my dancing, my writing. Right there. Right here.

And even though I miss all the kid stuff so much—the marbles and knucklebones lying around, him jumping on the couch being a clown—I applaud every single one of his achievements. He is a wizard in school with wonderful grades, he gets the best parts in all of the plays, and his passport has more stamps than my own.

I am lucky that I can still talk to him nearly every day and I cheer him on every single step of the way, because he is an absolute wonder, my superhero boy-warrior.

He is brave to be away from me, and so successfully.

This heart of mine—that beats so damn strongly—can’t be wrong. Even though I have been told to fight harder, to haul him home, it’s not the answer. Yes, it cuts me like a knife, but it is simply real life, and for so many children.

I break a million times over like so many others, but we do it because we are mothers. Our love is still fierce, like flames in a fire. We feel it in every muscle, every bone under our skin, and all the rushing blood in our veins.

The last time he was here, he told me I was the perfect size to hug: not too big, not too small. And that, for me, says it all. It is everything. Motherhood is for the long haul.

Come summer, we will be on the beach and I will be the mama bear, laughing her head off, with salt and surf and a big smile on my face.
And he will be rolling toward me 100 miles an hour on his old boogie board, through the blue water. As will his sister, my daughter. We are just colourful birds flying in different directions. Humble bumblebees in separate flowers, but always coming back to each other.

Grief changes you. It can flip you over in a second, like a gust of wind. But it also fills me with protection and fearlessness. A pure divine goodness.

I am so grateful to have such love from both my children in this lifetime. They are the magic in me.

I send aroha to all those who are mothering our tamariki, from near and afar. 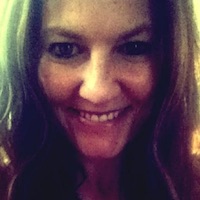 Larue Deluka is a librarian who is learning to live in a soulful way. She likes beautiful boho things that are free—especially the sea. She loves Foxton Fizz, Frankie maga… Read full bio