10 Things Not to do When Traveling with a Toddler. 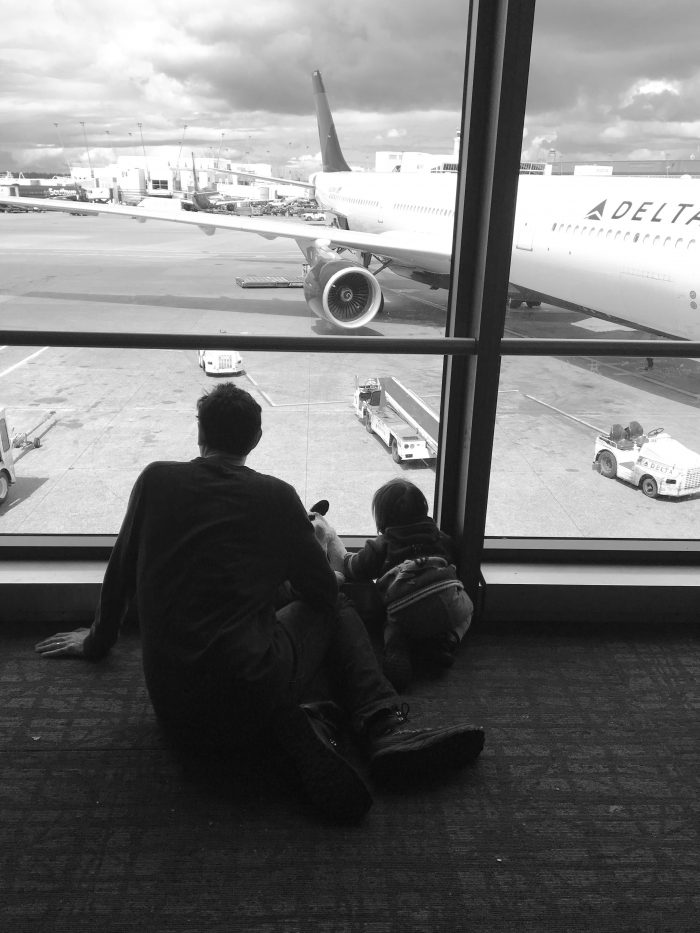 Not long ago, my husband, toddler, and I dropped everything to fly around the world for a family emergency.

First and foremost, toddlers are little bundles of entropy, with sweetly redeeming giggles and grins. And they can be little demons in squishy fluid-oozing bodies. They make for exciting traveling companions.

We previously considered—and ultimately decided against—the same leisurely trip to visit family, because: toddlers. The variability of toddler moods on a good day can be crazy tempestuous, not to mention while traveling. Since we were forced to make the 48 hour journey from Alaska to Ireland anyway, we learned a few enlightening lessons along the way.

My husband and I have done a lot of international traveling. He’s originally from Ireland and I’m from Alaska. We met in India seven years ago and before baby came, we covered a fair portion of the world and racked up the airline miles to prove it.

But parenting and traveling? It’s newish territory for us.

Mostly, everyone we met while crammed into tin cans in the sky were sweet and accommodating. Traveling internationally tests all of us, especially those of us who are parents.

I once sat next to a mother on a nine hour flight with an infant who cried for approximately eight hours and 45 mins of the journey. Another passenger kept coming up to our row of seats and offering to take the mother’s little one to give her a moment of respite and each time, the mother politely declined. Finally, after hours of this, the other passenger came up, grabbed the baby from the mother’s arms and walked away down the aisle. The baby stopped crying immediately and all the passengers around us let out a collective sigh. The mother put her face into her hands and burst into tears.

I’m ashamed to admit I did nothing. Didn’t pat her on the back. Didn’t say, “No one noticed, don’t worry. We understand.” I just put my headphones back in and closed my eyes.

Before children, I had no idea the pressure, embarrassment, and confrontation-tempting steel that takes up residence in parents’ spines on a good day. Let alone while traveling in the 10th circle of hell called sleep deprivation, and amid the stress of figuring out how many ounces of pureed snack food you can pack in your carry-on and if diaper cream is considered a liquid.

But we survive as parents. We survive the intimidating task of keeping other little humans not only alive and well, but happy. And often we do it with smiles on our faces. Sometimes—mostly genuine.

For those of us traveling with littles, remember, a sense of humor is probably the only real thing we need to always have on our person. Well, maybe some wipes too. Definitely some wipes.

And an extra one just because:

Do take lots of pictures. It may seem like mayhem now, but you’ll look back on this time with fondness. I think. Yeah, definitely fondness. I just found a picture I took–unbeknownst to him—of my husband with a deadpan look, giving our toddler the evil eye hand symbol, as our toddler is squirming down from his seat for the millionth time. I laughed out loud and it brought the whole trip back again.

Here’s to family vacations that feature prominently in future holiday greeting cards and wedding toasts, and especially to all of the parents traveling alone. We’ve got your back.