Diet Season is Not Going to make your “Problem Areas” Go Away.

The new year is so close to us that we can taste it.

And, for many people, myself included, “tasting” the new year usually involves adhering to some sort of diet.

Simultaneous with the beginning of the New Year is the beginning of diet season. Diet season thrives on the guilt of people that have consumed “one too many sweets” or maybe put on a couple of pounds by engaging in the socializing and merriment of December festivities. This particular season lives by the motto “summer bodies are created in the winter.” It is a crucial fixture in the winter months, just like the Super Bowl, über cheap cruise vacations, tax season and Valentines Day.

Every year, just like clockwork, diet season commences at full force. Commercials on obsolete television sets advertise “easy weight management solutions” that promise the body of a washed-up D list celebrity. Yes, this will be the year that your waist shrinks nine inches and that you and another person can stand in your old pants together!

Even though advertisements blare from the television screens, diet season permeates social media as well. There are countless upon countless of diets being touted and plenty of images for #fitspo, #mealplanning, and #fattofit.

Now, last year at this time, I was deep in the throes of diet culture and ready to embark on yet another year of dieting. For me, diet season would commence by rushing to the supermarket and spending a small fortune on meal planning ingredients for the latest diet that would solve all my problems.

Fueled by the commercials and social media, I would scream to myself “Yes! This is the year that I lose my weight! This is the year that my “FUPA” disappears! Undeterred by reality, I would religiously attend workout classes and refuse the even the smell of unhealthy carbs (looking at you bread, you delicious-smelling devil, you).

Then like clockwork, December rolls around. Diet season is long ago—nothing but a faint, albeit exhausting, draining, and expensive memory. And I’m still the same as when I started. My FUPA has been with me through it all. My stretch marks too. And the little chin fat, yep, still there. They lived to see my latest adventures of #mealprep and #keto and all the hashtags and all the calories burned and all the steps I took throughout diet season. And my “problem areas” are here, either like parasites or like best friends that will never leave your side, depending on how you look at it.

Under this confidence, I am scared that I am not adhering to the American institution of diet season. I will be embarking on a journey against the powerful diet industry, against popular social media hashtags. However, I feel a teeny bit reassured because I will no longer be suffering through January and torturing myself because of expectations.

No, these resolutions will not be easy to stick to either, just like the countless diet resolutions I made and broke and remade in subsequent years. But the resolutions of making peace with my body as is and loving myself, are sure to be more beneficial.

Just like in diet season, to make this resolution stick, I must avoid my temptations. It was not easy, but I have begun to cleanse my social media sites of all diet culture, pro-diet, and fat-shaming groups and pages. In their absence, I have begun following body positivity pages and hashtags, such as #effyourbeautystandards. Through social media, I have found groups and events, such as body positive yoga.

Instead of my social media berating me and reinforcing the message, “I am not worthy,” I feel empowered when I log on. To me, the feelings of badassery and empowerment are even better than how skinny feels.

Now, my struggles with diet season and diet culture are not resolved, and I know it will take time, self-love, and body acceptance to finally release myself from its powerful grip altogether.

But I know that refusing to partake in this upcoming season is an impactful step. 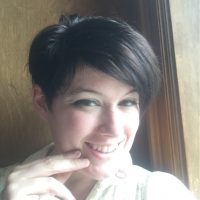 Natalie hails from Minnesota, but through twists, turns, and leaps of faith, now calls Sweden her home. Natalie is interested in anything to do with cats, spontaneous adventur… Read full bio