Six of us sat around a table scattered with papers.

The small nonprofit veterans support group I was a part of was hard at work determining which veterans would get benefits in the form of help with rent or other bills. Many factors were taken into consideration—length of service, type of discharge, level of need. I was proud to be a part of an organization with such an important mission helping veterans from World War II right up to our current conflicts.

It was heartbreaking to hear the stories of men and women who’d served our country and come home to struggle with PTSD, unemployment, and other difficult life issues as they attempted to reintegrate into society. On the flip side, it was also rewarding when the money we provided was able to help veterans get back on their feet.

As we were discussing one particular veteran, it came to my attention that the biggest problem he was struggling with was finding an affordable place to live near his family in Athens, Pennsylvania for him and his wife and kids. Having a support system in the form of parents and extended family was the best-case scenario for these vets.

How difficult could finding an inexpensive apartment be in rural northern Pennsylvania, I wondered. Small towns were notoriously more affordable than cities, and I knew several people who commuted from those small towns to work in the city to save money.

Those were the days before fracking.

It’s easy to find information about the environmental effects of hydrofracking—air and water pollution, the mishandling of waste, even earthquakes—but you rarely hear about the societal effects.

Living near the Marcellus Shale, which runs through Bradford, Susquehanna, and Tioga counties, we would hear about Pennsylvania residents who sold their homes and made lots of money by handing their mineral rights over to gas companies. Fracking isn’t legal in New York, but Pennsylvania allows it, and the most aggressive fracking was happening right across the border from where we lived.

This was not the small town I knew from the past, and my eyes were about to be opened as I continued my research.

Our veteran in question was unable to find affordable housing because rental rates in his county had risen almost 14 percent. Landlords took advantage of the presence of drillers needing rentals and increased their rates. This was good news for landlords, but when the income of the residents didn’t increase to meet the higher rents, they found themselves having a hard time affording housing.

It wasn’t only cost of housing that was causing problems for locals.

Need blue jeans? So do the employees of the gas companies. In fact, small towns saw stores increase the cost of items such as boots, gloves, and jeans—items commonly used by employees of gas drilling companies. This may sound like a good deal for store owners, but it certainly wasn’t a good deal for the citizens of Tioga County, Pennsylvania, which had a poverty rate of over 16 percent.

This county had a large population of blue-collar workers such as farmers, food processors, and construction workers who also needed boots, gloves, and jeans. The increased prices made it difficult for residents to afford even these basic necessities.

Many municipalities expected money from the gas companies to pour into the local economy but it never came, leaving small-town budgets in a bind. Budgets needed to be readjusted, and with only so much money coming in from taxes the budgets of many important departments had to be slashed.

A friend of mine lives in Montrose, Pennsylvania (population 1,500) in Susquehanna County about 37 miles north of Scranton. This area is right in the middle of some of the most prolific drilling being done in Pennsylvania. Montrose is a borough whose infrastructure was not built to accommodate large trucks on their small, rural roads. These trucks create hazards to other drivers, not to mention wear and tear on the roads, which leads to early deterioration and a drain on the local departments of transportation.

“It’s been an economic disappointment other than to some landowners who got a nice chunk of money,” he told me. “Certainly the city of Montrose downtown has not benefited.”

Another by-product of gas drilling is an increase in crime. It makes sense if you think about it. A gas company moves into an area, bringing an influx of itinerant workers who have few emotional ties to the community. In most cases, the workers are mostly men with very little to do in their free time. They also have a lot of money in their pockets and very few things to spend it on except for alcohol. One county had a 123 percent increase in crime after aggressive fracking started taking place there.

Again, small-town budgets are stretched to accommodate additional emergency responders needed to deal with the increase in crime. Taxpayers are footing the bill but never seeing the profits that come from drilling.

The increase in crime has taken its toll on the women of rural communities as well. These areas have seen violent crimes against women rise as well as a suspected link to an increase in sexually transmitted disease diagnoses.

While the environmental effects of hydrofracking may be debated for years, there’s no denying how it has been impacting families and communities. Large corporations make money at the expense of the quality of life for residents living in small towns. This is a big price for society to pay when alternative energies are accessible and affordable.

What happened to the young veteran you met at the beginning of this piece? Our organization was finally able to find him temporary housing. This was accomplished by combining some of our organization’s funds with funds from another nonprofit whose primary mission is finding housing for veterans.

It may sound like a happy ending to this story but just like the small-town budgets having to increase their spending, the nonprofit organizations who step in to help bridge the gaps created by big corporations now have less to spend on other needy individuals.

We have a choice here. We can turn our heads and become the world citizens known as NIMBYs (Not In My BackYard) who don’t give a damn about what’s happening outside their own neighborhoods. Or we can take a stand against opportunistic carpetbaggers who will take advantage and decide to make a quick buck over the decision to keep communities affordable, safe, and clean for residents.

It’s time to look at the big picture. We must agree to pursue and support cleaner energy that’s better for our earth as well as its citizens and our society. 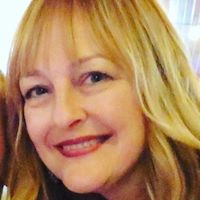