I Gave My Baby to a Man in Mexico.

I’m a middle class white American woman, living in the South and working in healthcare.

I have two kids, a six-month-old, and a four-year-old who thinks he’s a subsidized adult.

I have a husband and a dog.

We live in the suburbs.

We go to church on Sundays.

Not to mention, we meal prep.

You wonder when I am going to settle into a conventional life. Maybe once we buy that minivan.

Last week, we took our kids to the west coast of Mexico, to a city called Puerto Vallarta. Prior to our departure, a mass of concerned acquaintances commented, “Mexico? You’re crazy.” Or “You’re bringing your kids?! That’s brave. You’re brave.”

But they really didn’t mean brave.

I understand and acknowledge that Mexico has very real and serious problems in many areas and those areas are probably best avoided for a traveling family. However, of the many reactions noted above, not one person shared any notion of responses based on a personal experience of a trip to Puerto Vallarta, or to any area of Mexico, for that matter.

The voices of anxiety and fear seemed to drown out those of logical responses from people that had recently visited the area. I talked to a number of folks who had traveled the city within the last year that commented, “Oh, It’s lovely! You’ll have a great time.” When I would mention we were bringing the kids, they waited for further information like it wasn’t a big thing.

Leading up to the few days before we were to board the plane, my mind was dancing with this conflicting commentary.

I haven’t been out of the country since 2013, and my only recalled experience in Mexico was a quick few hours in Cancun, to watch a friend get married on the beach prior to being shuttled back to a cruise ship.

What did I know about Puerto Vallarta? Other than, “Well, heck—if Mayo Clinic feels it okay to hold a conference there, it must be alright.”

I wondered if we were making a good decision.

The political disagreements surrounding building a wall along the border of the United States and Mexico are in full swing, with a partial government shutdown lasting long enough to make us wonder if it’s conceivable to vote out all current politicians and start anew. There is a lot of material in the media about the drug cartels and violence in Mexico.

There are Netflix shows.

Travel day arrives. The guard at our local airport security check point smiles, and motions for us to move through the metal detector.

“How ya’ holding up?” his work buddy asks him.

“It is a comforting thought to know the people ensuring the security of our flights are being forced to work without pay,” I tell my husband, as we limp away with our fleet of kids and crap. He chuckles and says a silent prayer.

After touching down in Puerto Vallarta, we climb into a large taxi that can accommodate our cargo, and after paying too much money to go one mile, we get settled into our lodging for the week.

Side note: be sure it’s clear when negotiating taxi rates, that you and the driver are talking about the same currency.

Near the hotel is a fun marina that boasts various businesses and large iguanas. We warmed up our minimal knowledge of Spanglish with anyone willing.

We had a free day to ourselves before my conference was to begin, so we traveled south to an area called the Malecón and Old Town. Here we strolled and ordered ice cream and learned the value of the peso. We stopped in to a small taco shop and ate chorizo, watched soccer, and drank $1 Pacifico cervezas.

We spotted a barber shop and our older son wanted to get a haircut, so he did. It cost us six U.S. dollars and he was treated like a man. After this fun, we settled in for a dinner of tamales and burritos at a popular food establishment, Pipi’s. The server made us guacamole and gently pinched the baby’s cheeks while speaking soft Spanish to him. Our older son asked if he could go play with another little boy who was quizzically pacing near him. They gathered at a table nearby and traded Paw Patrol pups while speaking different languages.

A reminder of how simple it can be to get along.

As our meal was closing, our server motioned to hold the baby.

Prior to leaving for the trip, I had listened to a podcast host explain that during one of his first trips to Puerto Vallarta, him and his wife handed their three-month-old son to the hostess so they could enjoy their dinner quietly. My reaction at the time was “He’s (insert profanity) insane.”

No way would I hand my baby to a stranger in a foreign country.

Let us return to the scene. I’m shoving an offensively large bite of tamale in my mouth. Our older son is talking to his cheese quesadilla. My husband is handing our baby over to a Mexican man who lives in a country that openly despises the United States President.

I sat in my discomfort for a moment, then watched as the man calmly toured our baby around the dining room, stopping to admire colorful decorations hanging from the ceiling. He shows him to the other servers, receiving in return joyous smiles and laughs.

Our son smiles at him, admiring his warm brown eyes, grabbing his nose. The man hands the baby back to my husband and I suddenly feel welcomed. Connected.

I also let out a breath I didn’t realize I was holding and note that it feels swell to enjoy the comforts of oxygen again.

On our ride back to the hotel, my husband and I don’t comment on the experience, but it seemed to settle well with our souls. We followed an intuitive force, the type that comes when witnessing something together.

As the trip progressed, people pinched the kid’s cheeks and another server held our baby when he started to fuss at stagnation.

The last night we had in Puerto Vallarta, we walked to a local taco joint. Where we learned that the man serving us lived nearly two hours away. He traveled to Puerto Vallarta once a week, by boat, to see his wife and son. The remainder of his days included boat tours for tourists by day and serving tables at his uncle’s new restaurant by night. He was very kind and attentive, and such a pleasure to talk to. He was so happy to see us eating more than our share of tacos and tamales. I told him my favorite was the rib eye taco and that seemed to thrill him.

As our time in Mexico ended, a clarity reached out and grabbed me.

I thought about the largely unspoken fear of traveling to a strange place with children; them being harmed in any way. But in these moments of our child being physically held by another adult, I only saw reverence for youth and sympathy for parents attempting to eat a warm meal.

Insert obligatory disclaimer: This is not a plea to begin handing your babies to people you do not know, regardless of the country you are in. This is simply a reflection of our family’s experience that required growth of gumption and faith in humankind.

It resulted in joy, wonderment, and dreams for more. 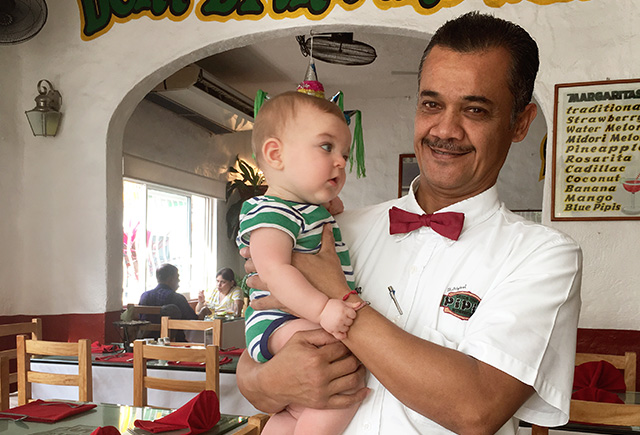 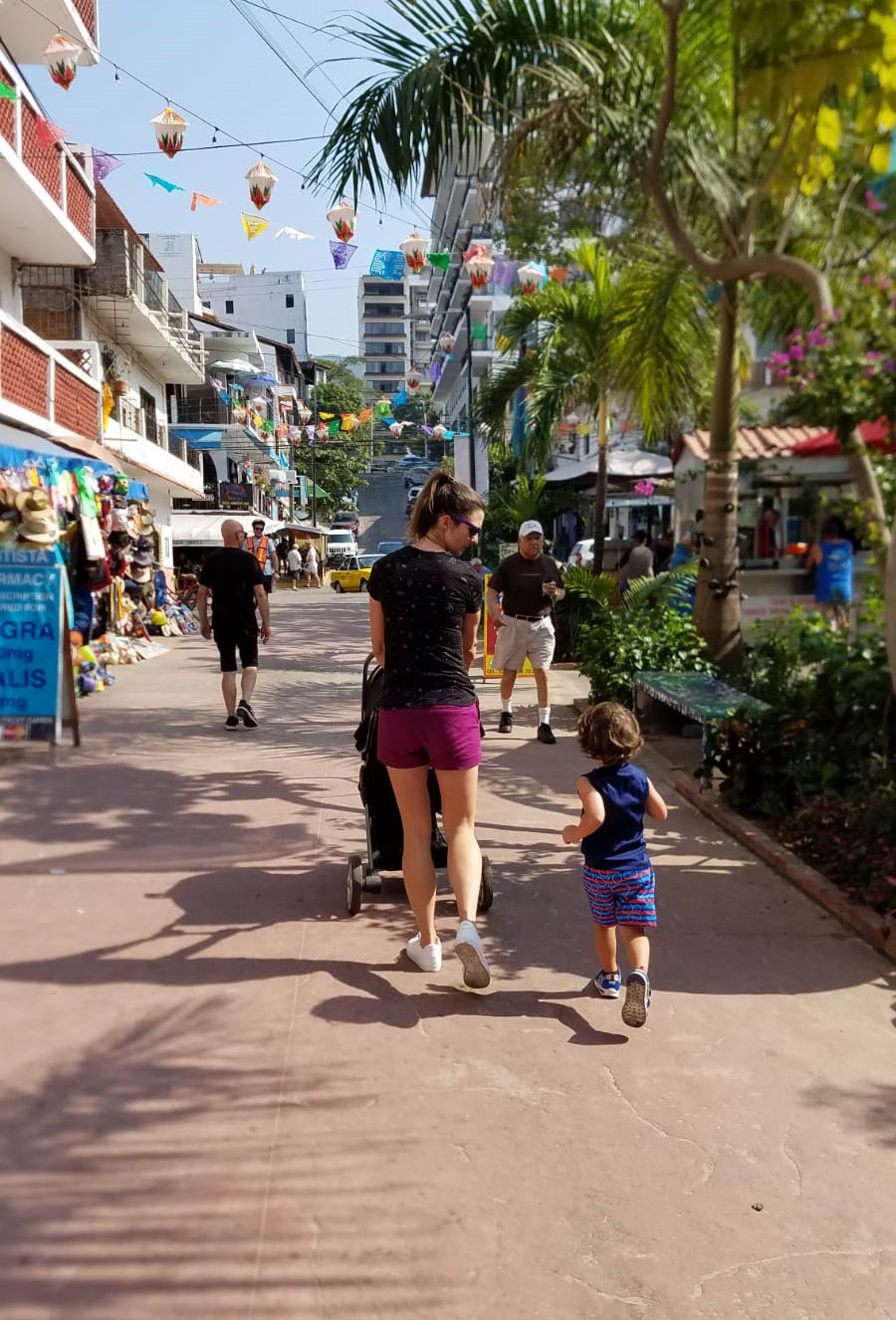 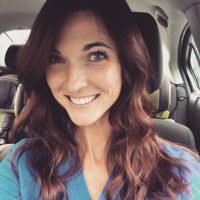 7 Practices to Start Borrowing from Latin American Culture. 11 Ways we can all Benefit from “Trying On” Japanese Culture. How Traveling to Europe Can Improve Your Mindfulness. The Art of Adventure: Why Travel is Important. ~ Silvia Mordini