11 Ways we can all Benefit from “Trying On” Japanese Culture. 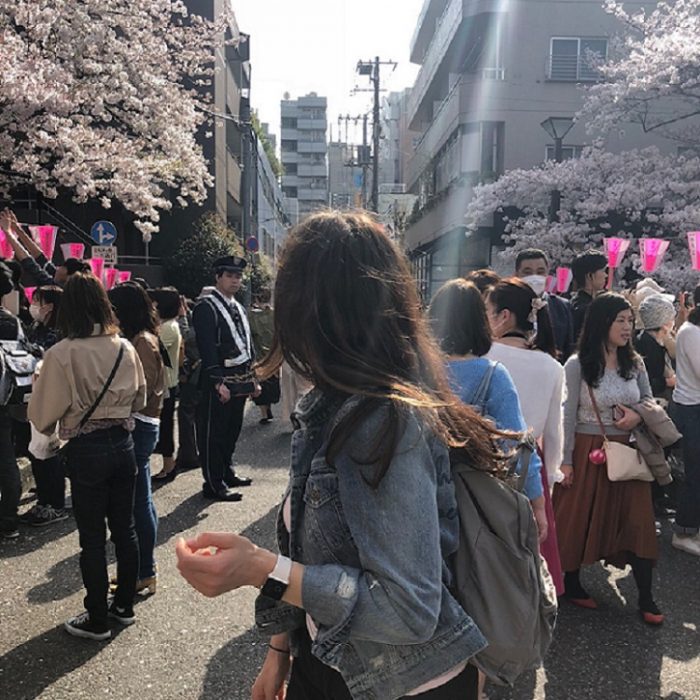 After nearly a year of living in Japan, it’s strange to read major headlines from back home in the United States.

It seems like every other month we are hit with news of a mass shooting or a hate crime in the states. We are constantly being told to choose a side instead of finding a middle ground—one meant to bring all Americans together.

It’s strange to be living in one of the most unified countries in the world and look over to see how we, as Americans, are more divided than ever.

As a Westerner first arriving in Japan, I assumed that most of their customs would look awkward on me. Little did I know that “trying on” Japanese culture would actually be a sign of respect.

After living here for 11 months, I am able to see these contrasting cultures more clearly, and realizing that each person in Japan holds the same amount of value and respect for one another and for the space that we all live in.

It is simply expected that each member play a role in the community.

Even as a temporary resident, I feel a sense of responsibility and connection that I would love to take home with me.

Here are 11 ways we can all benefit from incorporating Japanese culture into our everyday lives:

1. Making a passing lane on the escalator.

Everyone lines up on the right sight of the escalator in Osaka to make a passing lane on the left side.

No one disobeys this rule. I mean no one.

Interestingly, when we lived in Tokyo everyone lined up on the left side of the escalator, making a passing lane on the right—but the same rule applied. Something as small as making a single file line that allows others to pass could make a big impact on someone’s day.

Whenever entering someone’s home or even attending a class, it is customary to bring a gift as a sign of respect.

At my yoga studio in Osaka, most classes ended with sharing some kind of baked good or tea brought by one of the students.

In my Western mind, it confused me why someone would continue to bring a gift to a class they were already paying for, but in Japanese culture that is simply tradition. One time, a woman brought a giant package of toilet paper for the studio restroom!

In Japan, wearing a face mask is as common as bringing an umbrella or jacket with you on your morning route. This is especially true during the colder months when illnesses are on the rise.

Wearing a mask is a sign of care for the community. By doing so, we ensure that everyone stays healthy.

I wasn’t feeling well last week, so I went to the pharmacy to get a face mask for the first time since arriving in Japan. The woman at the desk fitted me with the tiniest measuring tape, that I can only assume is meant for this specific purpose. She went from my ear to my nose and then across my face with the small tool.

This thoughtful and precise attention is given to everything in this culture. I wore my mask for three days in public and received deeper bows from cashiers and more nods of respect than I ever expected.

A little Japanese goes a long way. I don’t know many words in Japanese—even after all these months—but once I show respect by sharing what I do know, almost everyone is kind and willing to help.

I wish we, as Westerners, were more accepting of and more patient with those who do not speak English. We tend to expect more and give less as a rule of thumb.

We could take some advice from the Japanese and be more patient with those who are visiting our country—or who are learning their way around our home.

5. Appreciating nature and the seasons.

I spent the spring equinox at Sensō-ji temple in Tokyo. We began under a ceiling painting of the Buddhist goddess of mercy, Quan yin. Then, we walked out into a courtyard of burning incense and colorful kimonos.

The fall equinox at Shitennō-ji temple in Osaka was equally spectacular.

And in early spring, everyone sits under cherry blossom trees and admires the falling petals. This ancient art of observing the flower trees is called Hanami. Most schools and businesses recognize Hanami as a national holiday, so families spend their days outside in nature.

6. Going out of their way to make others feel comfortable.

One afternoon, walking through the Shinsaibashi shopping area, it started to rain. I didn’t mind—it wasn’t a big deal to me that my arms were covered in raindrops.

But when I walked into a café, the woman behind the counter gave a warm welcome. Then, she grabbed two paper towels, ran around the counter, and started drying my arms with the paper towels!

It’s shocking to see the amount of thought and detail that Japanese people put into their every move.

7. Amping up the baked sweet potatoes and vegan stick foods.

During the winter months, yams and roasted chestnuts are available hot on the streets and in grocery stores for all to enjoy.

As a vegan, I take this very seriously.

When we visited Kyoto in late September, there were many options for me as a raw vegan—think pineapple and cucumber on a stick. It was a delight to walk through with my husband and enjoy healthy, whole foods without a hassle.

8. Taking pride in your job—whatever that may be.

My friend, who also lives in Japan, pointed out that Japanese people—in every field—treat their jobs with the same level of respect.

It doesn’t matter if that job is barista, crossing guard, businessman, or someone working for the emperor. Each job gets the same amount of attention, pride, and follow-through.

Finding purpose in what we do counts. So whatever we are, let’s be a good one.

9. Bowing to one another.

On the go, in a rush, and even in passing, the Japanese bow is taken seriously.

Bowing is a sign that lets other people know that you see them. The deeper the bow, the greater the “thank you” or arigato.

One of the first things I noticed living in Tokyo was how clean everything was.

People follow the rules here. When they say no eating on the train, no one eats on the train.

People are mindful of their space because they respect their role in the community. They take pride in where they live.

Waiting is not an unbearable situation to most people here. No line is too long—and trust me, there are a lot of lines.

This was a major adjustment to me from my Western mind-set of “hell no,” when looking at a remotely long line for coffee. But now, I just step into a line, whether it wraps around the building or not. There is less of a rush here, even when it is busy.

Even in Tokyo, a city that rarely sleeps—except for occasionally on the train—there is still a reservation for the moment and for the space around us. It is the Japanese way, and something we could use for those in-between moments in Western culture.

With the polarization and spread of violence throughout our communities back in the United States, I think we could all use some of this Eastern wisdom. Taking time to incorporate Japanese culture into our everyday lives can help us pause and appreciate what we have.

Maybe if we found room to be more considerate to one another, we would feel a deeper sense of unity and togetherness. 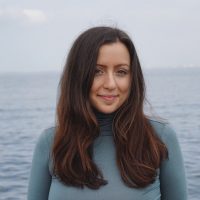 Jacqui is an artist. Writing and creative recovery are her guiding lights for sharing her story with others. Her personal blog dives into the sober life and her travels aro… Read full bio