Why we Need to Hear Greta Thunberg’s Message.

Greta Thunberg has a message for all of us on climate change.

It is being broadcast across the world.

Greta Thunberg, a 16-year-old Swedish student and climate activist, gave this speech at Davos calling out global leaders to take responsibility and action on climate change.

Hearing Greta’s message makes me feel like the lights have been switched on in a very dark room. Her voice is the only voice that could capture the attention, minds and hearts of those whose denial has resonated across the globe. I hope we can all be as brave as Greta and listen to her message.

According to the World Economic Forum, our time to act on climate change is running out:

“The past four years have been the hottest on record. Global CO2 emissions hit an all-time high last year in 2018.”

At the Global Conference Davos 2019—on a panel including Bono, Christiana Figueres, Jane Goodall, Will.i.am, and Kengo Sakurada—Greta Thunberg spoke her truth:

“Some people say that the climate crisis is something that we will have created, but that is not true, because if everyone is guilty then no one is to blame. And someone is to blame.”

“Some people, some companies, some decision-makers in particular, have known exactly what priceless values they have been sacrificing to continue making unimaginable amounts of money. And I think many of you here today belong to that group of people.”

Greta’s message for the imperative to take action is clear:

She calls for a reduction of CO2 emissions by at least 50 percent.

“At places like Davos, people like to tell success stories, but their financial success has come with an unthinkable price tag, and on climate change we have to acknowledge that we have failed. All political movements in their present form have done so, and the media has failed to create broad public awareness.”

While her words are strong, they are also hopeful, “there is still time to turn everything around and still time to fix this,” she says.

“Solving the climate crisis is the greatest and most complex challenge that Homo sapiens have ever faced. The main solution, however, is so simple that even a small child can understand it. We have to stop the emissions of greenhouse gases. And either we do that or we don’t.”

Here are some reactions to Greta’s impromptu speech:

It takes deep courage to go to Davos and tell the masters-of-the-universe *to their faces* that they knowingly torched the planet in order get filthy rich. @GretaThunberg did that. She’s 15. https://t.co/66koheOsUq

Young people all over the world are demanding action on climate change, like @GretaThunberg, who had the courage to demand that the world’s corporate elite do their part to address this global crisis. pic.twitter.com/BwjnnpxT20

‘We all have a choice. We can protect and restore our environment, or we change our planet in irreversible ways.’ ‘We stand with 16-year-old @GretaThunberg – do you? #FightForYourWorld #NewDealForNaturehttps://t.co/hsIovsbLsA 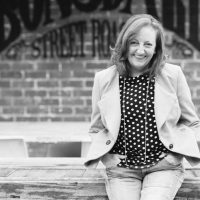