Can the Kids Save Us?

Swedish student Greta Thunberg skipped school for three weeks last fall to sit outside on the steps of the parliament building in Stockholm to demand the government take radical action to address climate change.

She had been researching climate change for six years, and taking her own personal actions to limit her impacts. And she has been striking for the climate every Friday since their election.

What started out as a solitary protest from one teenager terrified for her future has exploded into a global #strikeforclimate movement.

Tens of thousands of students are skipping school to send a message to their governments that inaction on the climate crisis is unacceptable. Many of these students play hooky to protest inaction on climate change every week—from Poland to Australia to numerous cities across Europe.

Seventeen-year-old Anuna De Wever called on her fellow classmates to protest climate inaction after the government in her native Belgium chose not to embrace ambitious action to reduce emissions. What started out as a few thousand students has grown to more than 32,000 students across the country walking out of school every Thursday to demand climate action. According to De Wever, the students “marching for action against climate change will go on until they see real change.”

In the United States, 13-year-old Alexandria Villasenor has been opting out of school to walk to the United Nations every Friday to protest, even during the polar vortex.

She is helping to organize the first coordinated school strike for climate on March 15. “If we’re not going to have a future, then school won’t matter anymore,” she told Earther in a recent interview.

ANNOUNCING MY FIRST EVENT! @zerohournyc & I are organizing a massive #FridaysForFuture #SCHOOLSHUTDOWN #ClimateStrike in AMERICA on Friday, March 15th 2019! We'll be joined by @Strike4Youth & @Fridays4future as YOUTH rise up and demand worldwide #ClimateAction! @GretaThunberg pic.twitter.com/qTj9cELIbL

Greta Thunberg addressed world leaders at the global climate talks at COP24 in December in Katowice, Poland, and last month at the World Economic Forum in Davos, Switzerland. Read more about her message in Davos here.

The children of the world understand what is at stake, though it seems fair to question who are the actual children—these brave kids demanding action on climate change so they might have a future, or the world leaders who are tasked with addressing climate change and failing to act.

Students are striking because the adults are refusing to take action on climate change, and we are running out of time.

These kids also realize that their actions matter.

Many of them are vegetarian or vegan, use public transportation, and fly as little as possible. They are making sacrifices the adults in our world balk at.

While Greta Thunberg traveled via train for 32 hours to get to Davos, world leaders chartered over 1,500 private jets (and the associated carbon emissions) to make the trek.

The latest International Panel on Climate Change (IPCC) report revealed a stark forecast for humanity: humans have less than 12 years to drastically reverse course and reduce global greenhouse gas emissions by 50 percent by 2030.

To be clear, the planet will be just fine. What is in question is the political will to recognize the magnitude of this threat.

If we fail, the damage to the planet’s ability to support human life will be catastrophic and irreversible.

The past four years have been the warmest on record, with 2016 being the hottest year ever recorded. We are already experiencing climate change fueled natural disasters that are causing billions of dollars in damage annually, from superstorms to wildfires to devastating flooding, heat waves, and droughts. These impacts are projected to worsen through this century and beyond, as long as humans continue to emit heat-trapping greenhouse gases.

These children have never known a world without climate change.

Most of these children will not yet be old enough to vote in the next elections, yet they are still finding a way to make their voices heard.

“Solving the climate crisis is the greatest and most complex challenge that Homo sapiens have ever faced. The main solution, however, is so simple that even a small child can understand it. We have to stop our emissions of greenhouse gases. Either we do that or we don’t. You say nothing in life is black or white. But that is a lie. A very dangerous lie. Either we prevent 1.5C of warming or we don’t. Either we avoid setting off that irreversible chain reaction beyond human control or we don’t. Either we choose to go on as a civilisation or we don’t. That is as black or white as it gets. There are no grey areas when it comes to survival.” ~ Greta Thunberg

There is proof that their efforts are having an impact.

Thunberg led thousands of school children in a march and addressed political and business leaders at the European Economic and Social Committee conference in Brussels, Belgium, making it clear that the current EU targets for greenhouse gas emissions reduction are not ambitious enough, and need to be doubled in order to preserve a livable climate for children growing up today.

EU Commission President Jean-Claude Juncker responded: “In the next financial period from 2021-2027, every fourth euro spent within the EU budget will go towards action to mitigate climate change.”

This would amount to $1.13 trillion over seven years. It remains to be seen whether other countries will follow suit.

Does the question of humanity’s survival really depend on the courage of a 16-year-old activist willing to call all of the world leaders cowards—to their faces?

For all of our sakes, I hope not.

I hope that Greta Thunberg’s and Anuna De Wever’s and Alexandria Villasenor’s and the tens of thousands of striking students’ bravery is enough to propel world leaders to wake up to the realities of the greatest threat humanity has ever faced. 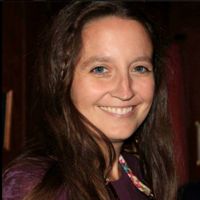 Heather Higinbotham is a writer, rekindled poet, TEDx speaker, recovering people pleaser, bridge builder, and an eco-warrior. She is literally writing the book on being an en… Read full bio