What happens when we Let Bullsh*t into our News.

In an age where news comes at us at a furious pace, we have seen a rise in sensationalistic and false news.

In the race to be the first to break a story, certain news media have forsaken a common and expected tenet of good journalism—what’s being reported must be the truth.

The story touched off a storm of media coverage that speculated on its accuracy of the story and put the Democrats in Congress in an uproar to impeach the president.

But by Friday evening, Vox News and other media outlets were reporting—in what was termed as an unprecedented move—that the Special Counsel’s Office disputed the report from BuzzFeed News.

The lingering question is, did BuzzFeed violate journalistic integrity by reporting a false story? And if it did, how should we respond as a society?

This news event invoked recollection to of a similar story reported in 1972, when Washington Post reporters Bob Woodward and Carl Bernstein wrote that a break-in of the Democratic National Committee (DNC) headquarters at the Watergate Hotel had been ordered by White House staff and paid for by the treasurer of the Committee to Re-elect the President (CRP). The president, of course, being Richard Nixon.

Woodward and Bernstein found themselves in deep trouble when part of their story unraveled because they forgot to double check one fact—the notion that CRP Treasurer, Hugh Sloan, had testified before a grand jury and reported that H.R. Halderman, White House Chief of Staff, had control of a slush fund from which he paid for the break-in.

Sloan told Bob Woodward that Halderman had authorized the payment for the break-in. Three sources had corroborated the story. A fact that would have proven Nixon had been aware of the attempted break-in.

However, they had one misstep: the reported notion that Sloan had testified before a grand jury was incorrect.

The story was right, but one fact was wrong.

This untruth gave Nixon the opportunity to say the whole story unequivocally was false.

Almost pushed into resignation, Woodward and Bernstein were told by Washington Post Editor, Ben Bradlee, to hold firm to the truth of the story. The story proved to be 90 percent accurate.

Speaking about the events surrounding this story on the New York Times Podcast “The Daily,” Woodward, to this day, will say the mistake was the stupidest mistake he had ever made and asserts that it doesn’t speak well to being careful.

However, the truth of the story prevailed, and the story resulted in the resignation of the president and over 40 people going to jail.

Publishing the story with two sources indicating their corroborated information that Trump had asked Cohen to lie to Congress was true—but insisting that the Special Prosecutors office knew about it and was about to indict the president was unsubstantiated. Like with Nixon, the Trump Administration refuted the truth by exposing the lie.

If history doesn’t repeat itself, where does this leave BuzzFeed? Did they let the race to be the first to break this story cloud their journalistic integrity?

Did they know the second part of their story—the Special Prosecutor knew Cohen lied to Congress—wasn’t true or were they just speculating that it might be true?

Did they look for facts to support their story or were they bullshitting?

Brené Brown, in her book Into The Wilderness, devotes an entire chapter to encouraging readers to “Speak Truth to Bullshit. Be Civil.”

She explains that the difference between telling the truth and lying is that one is guided by authority (the truth), while the liar knows and lives in defiance of the truth and refuses to meet its demands, the bullshitter ignores the demands of the authority altogether. Bullshit, she says, is therefore a greater enemy of the truth.

What we have left when we allow bullshit to exist and be held up as the truth is the wearing away of belief there are actual truths that can be known. In short, it makes us all skeptical that we will ever know the truth.

Brown explains that so many us are asked to weigh in on emotionally charged issues that we often can lose sight of the truth. The notion that “You’re for us or against us!” forces us to choose sides and then leaves us searching to find the truth that will allow us to believe we picked the correct side.

We can remain civil in our quest to find the truth and without being forced to be “for” or “against” anything.

BuzzFeed fed the anti-Trump movement with a story that fueled passionate anti-Trump supporters and they wanted this story to be true.

The notion that the media reports false stories about Trump is a worn out story for Trump supporters to tell already, so what did BuzzFeed have to lose?

If BuzzFeed’s lack of integrity is allowed to be dismissed without apology or a resignation or two, then we have begun to see the full eroding of the truth in news media. If, we, as consumers of the news don’t challenge BuzzFeed or anyone who repeats stories like this to “Stop bullshitting us” then we have allowed ourselves to be neutralized in our search for the truth.

News media companies have to create ethical, responsible, and truthful reporting if they ever wish to gain an unwavering following.

As consumers, we must applaud the news media that repeatedly provide us with the truth and we must support them and carry with us—as part of our takeaway message—how important the truth is. But we must always hold news media to the highest standards for we rely on them to help us formulate our opinions and to formulate honest, wholesome opinions.

We must start with the truth. 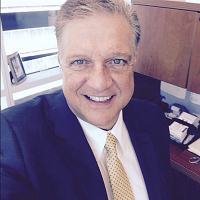 Kevin Meade is an Executive Director for a small agency in the Bronx serving people with intellectual and developmental disabilities where he has worked for 36 years. He is kn… Read full bio

How to know if what you're reading is Journalism or Fake News.