Yes, it’s possible to be a Meditating Vegan Yogi who loves Football. 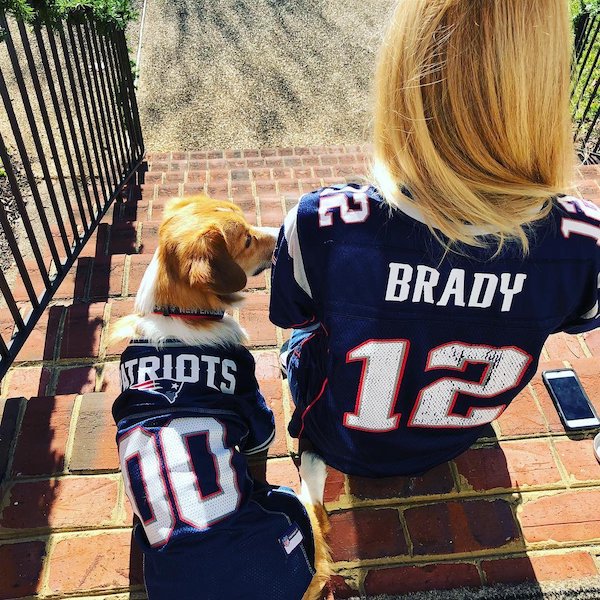 I might not be your typical football fan given that I’m a meditating, vegan yogi who eats a ton of kale and hummus.

Football is a violent sport. Players get hurt. Even fans in the stands get hurt when things get rowdy. And yet, America loves football.

If you ask a football player why they play, they’ll tell you they play because it’s so much fun. They love the game and it makes them feel alive. They are aware of the risks involved, but that doesn’t stop most players from playing if given the chance.

I’m from a corner in Virginia that doesn’t have strong ties to any professional football team. Until 15 years ago, I couldn’t have told you the slightest thing about football except which teams had the snazziest uniforms. I didn’t know the difference between a first down, or an offensive pass interference penalty.

How I fell in love with football

That all changed when I ended up at a National Football League (NFL) game in 2004 with a guy I was dating at the time. I had no clue what was going on while watching that game, but my date’s team lost badly to the New England Patriots that day. I didn’t know much about the Patriots, but shortly thereafter (when I was no longer dating the aforementioned guy), I started watching their games and learning about them.

The prickly head coach who eats, breathes, and sleeps football with a single-minded focus you rarely find anywhere. The superstar quarterback who has become one of the greatest athletes of all time not because of his athletic gifts, but because of his hard work, drive, and fierce competitiveness. Not to mention, they’re just plain fun to watch.

It didn’t take long for this Virginian to become a New England bandwagon fan. Fifteen years later, the bandwagon is still rolling. Over the years I’ve ridden the emotional roller coaster as the team has won and lost Super Bowls, and players have come and gone, and been injured. During football season, my weekends revolve around game day. I cry when they win, I cry when they lose. Their successes inspire me to work harder at my own athletic endeavors, their losses leave me in mourning.

Say what you will about the Patriots; they have become, in the eyes of many, the evil empire of the NFL because of their dominance over the past 18 years.

Much like the Yankees, they’ve been winning for so long that if you’re not a Patriots fan, you’re probably sick of them. They are the much-maligned team with accusations of cheating scandals, deflated footballs, and vicious rumors. My opinion on unsubstantiated accusations? It’s lonely at the top.

Inspiration is all around

I fell in love with the Patriots, head coach Bill Belichick, and quarterback Tom Brady because I see a team and two leaders who are dedicated to hard work and achieving excellence.

I might not be your typical football fan given that I’m a meditating, vegan yogi who eats a ton of kale and hummus. My bookshelves are full of books by Thich Nhat Hanh and Deepak Chopra, alongside my #12 jersey that is always visible on a chair in my bedroom for good luck. These interests might seem to contradict, but I believe that inspiration can be found all around.

Nature, music, art, and athletes self-actualizing through sports inspire me to find my own greatness. Witnessing greatness in others reminds me that nearly anything is within reach if I work hard enough.

Watching 41-year-old Tom Brady play at the top of his game and lead his team to a ninth Super Bowl appearance is nothing if not awe-inspiring.

The stark beauty of the game

Regardless of which team you support, there is a stark yet dramatic beauty to the game of football. At first glance, it might seem that it is merely a game of brute force, but a closer look will reveal how much strategy, anticipation of the opponent, and lightening fast reactions are critical to a team’s success. Players and coaches spend weeks studying their opponent and preparing for every possible scenario in order to find a strategic advantage. Strength is a major component, but there is just as much intelligence and finesse needed to win the game.

Then there is the visual spectacle that is professional football. Enormous stadiums are dedicated to hosting games on perfectly manicured and painted fields amidst fireworks and special effects. Lights bounce off of shiny helmets and cleats, and yes, snazzy uniforms. The pageantry of the national anthem, the rush as your team runs out of the tunnel to take the field, and of course the touchdown celebrations. They don’t call it the “Greatest Show on Turf” for nothing.

Like most sports, football brings people together. The Super Bowl is an annual excuse for a party regardless of whether you are a football fan or which teams are playing that year. But when you’re a fan of a team, you become a part of a community. I have yet to meet a New England fan who hasn’t wholeheartedly welcomed me as a fellow fan, despite not being a New Englander.

Win or lose, as a fan you experience it within a community of people who love the same team. For life-long fans, that fandom is a part of their identity that ties them to their sports community and city.

This Sunday, the Mercedes-Benz Stadium in Atlanta will seat over 70,000 fans and host the biggest game of the year while millions around the world watch from their TVs. Dreams will come true and dreams will be dashed. Players and coaches’ careers may end after this game, while others might just be starting. For some players, this Sunday will be the greatest day of their lives. Others will remember it as their biggest lost opportunity. The rest of us will watch as the drama unfolds.

Maybe football isn’t your thing. If that’s the case, I hear you. But if you find yourself watching the game this Sunday, I dare you not to feel moved when the teams run out of their respective tunnels to take the field amid music, pyrotechnics, and screaming fans.

Everyone at the game, and watching around the world, will witness the emotion, the tears, the elation, and the heartbreak that will take place on the field.

Heroes will be crowned, and history will be made as the entire spectrum of human potential and emotion unfolds on Super Bowl Sunday.

May the best team win. 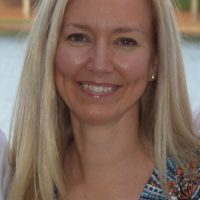 Jessica Ruff has always been an old soul with a deep love of learning and the written word. With degrees in psychology, business, and marketing, she is a voracious reader and … Read full bio

An Ode to the Unexpected: 7 Spiritual Lessons from a Football Fan. Super Bowl Sunday: Yoga for Football Fans.