Intuition Literally Saved my Life—& it can Save yours, Too. 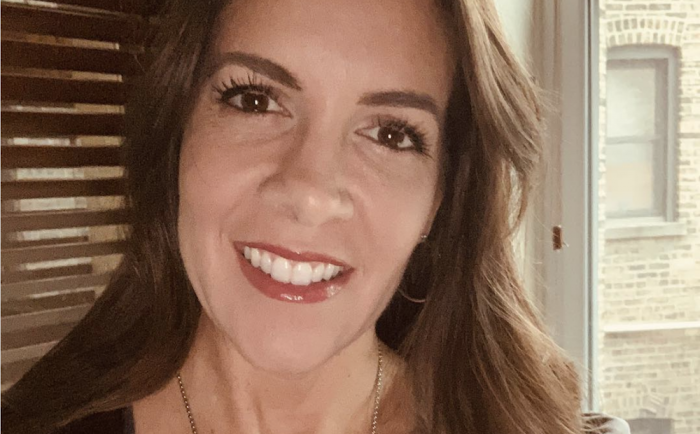 There have been tests to prove it exists. The military spends millions to help their soldiers with their “Spidey sense.” It is used with cancer patients when deciding which path to take for their treatment.

So why don’t people take it more seriously and listen to it? Intuition serves as a compass for what could go right or wrong in one’s life. In my case, it made the difference between life and death.

On May 30, 2013, during my emergency C-section, I flatlined for 37 seconds. No one could have predicted it…except, I did.

I told everyone. I had tests, sought out specialists, and everything came back negative. I thought no one believed me.

But one doctor heard my pleas. Armed with nothing but her own intuition, she arranged to have extra blood and a crash cart in the OR during the time of delivery.

She was prepared because I prepared her. And it saved my life.

Since first-year Med students are taught to listen to a patient because they might already be giving you the diagnosis, why aren’t they taking a patient’s intuition more seriously? And patients doubt what they are feeling is real, but intuition is actually backed by science.

For example, Baylor College of Medicine (among others) acknowledges one of the symptoms prior to having an aortic aneurysm is a sense of impending doom.

“More generally, research in human pattern recognition and decision-making suggest that there is a ‘sixth sense’ through which humans can detect and act on patterns without consciously or intentionally analyzing them,” according to a New York Times article.

The business of medicine increasingly requires doctors to spend more time entering data and looking at a tablet than looking directly into the patient’s eyes. MIT computer scientists show that, while artificial intelligence can make things more efficient and save money, they can’t replace one major thing—a doctor’s intuition.

Not all Patients Speak Up

Everyone thought I was crazy. I was pregnant, hormonal, it was my first time having a boy—maybe there was too much testosterone coursing through my body. It did not stop me from speaking up. I thought, “What’s the worst thing that can happen? I am wrong? People are going to judge me?” Then I thought, people are already judging me. If they are already judging me and I am wrong, I will send flowers or chocolates and say, “Okay, I was mistaken.” But what if I was right? What was everyone going to say to me then? “How did she know?” Or, “Wow, she was right?” Dead right! No, I wasn’t going to let that happen.

My choice: it is not worth staying quiet if it can save your life.

Just to give you background to help you understand that I was not a neurotic, histrionic person, I had a career as a TV producer. I was a showrunner, producing shows like the “New York Magazine Awards Show,” “Deal or No Deal” (in Español), and “The Puerto Rican Day Parade” for NBC. It is high stress, with hundreds of people working on a show, and I was at the helm of many of them. You have no time to relax. I thrived on the stress and the pressure. And a few of my shows even garnered Emmy nods. So when clinicians were giving me pushback that I was “stressed” and there was nothing wrong, I doubled down.

The End of our Story was the Very Beginning

I had another consultation—my last. This time with the anesthesiologist. On the phone, I told her my visions, and she tried to calm me down by explaining what would happen post-delivery. It would be the one consultation that would save my life, although I did not know it at the time.

I posted on Facebook, “If anyone has my blood type (O-), I’m going to need it.” I sent out “goodbye letters,” telling the recipients exactly what was going to happen, months before it would happen. If you saw me pregnant and asked “How are you feeling?” I would answer, “I am going to die!” People stayed away from me.

The day I went in to give birth, I gave birth to a healthy baby boy, and, seconds later, I died.

I had a very rare, 1 in 40,000 pregnancy complication called an Amniotic Fluid Embolism, in which amniotic cells get into the mother’s bloodstream, and, if you happen to be allergic to it, your body goes into anaphylactic shock, and in most cases you won’t make it. After the initial attack of cardiac arrest, your body goes into DIC (disseminated intravascular coagulation), the body’s inability to clot blood. Your normal blood supply is 20 units; I was given 60 units to keep me above ground. I was put under general anesthesia and given an emergency hysterectomy. The pathology on the uterus showed the merging of the placenta and uterus had started to form but was microscopic and undetectable on the MRI I had weeks before.

There was one thing in the OR I had not predicted. There was a crash cart and extra blood on hand. But why?

The anesthesiologist in my consult said later she was uncomfortable about not being able to help me relax, she noted I had had a baby before, spoke very clearly about what I thought was going to happen, and sought out specialists to save my life. With that one phone call, she heard me and flagged my file, incorporating the extra measures in the OR at the time of delivery. It is 100 percent what saved my life.

How Can you Tell the Difference Between a Casual Thought and a Deadly Vision?

I have learned there are three ways to differentiate between a real life-threatening intuitive feeling and a casual thought.

You won’t regret staying silent if you are wrong, but you most certainly will if you are right.

And always remember: If you sense something, say something. It could mean the difference between life and death. 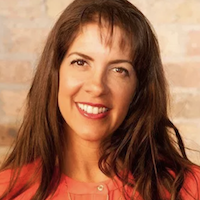 Stephanie Arnold, in her former life, was a TV producer who spent 27 years creating and directing TV shows, music videos, and documentaries. She left that crazy business in 20… Read full bio