2 Easy Ways to avoid Ugly Arguments before they Start.

I was once skiing across the continental divide on one of the coldest days I’d ever skied.

The wind was blowing the snow around so hard I couldn’t see three feet in front of the tips of my skis.

I was crouched down to try and go faster across the flat mountaintop and hurry to the warmth of a fireplace in the lodge. Still crouched down, as I felt my skis skim the top of the snow, I caught a glimpse of a tree about 10 feet to my left.

However, the tree remained 10 feet to my left for a good 15 seconds.

Turns out, I was standing still the entire time.

The blizzard that surrounded me gave me the perception that I was flying across the divide. Giggling at myself, I realized that this was a lesson that perception is reality.

Years later, I am reminded that this situation is much like many situations in life. We make an assumption, and if not corrected, that becomes our reality.

The art of communicating with others can be about as clear as the blizzard I was skiing in. However, we can’t just avoid talking with others to prevent miscommunications, so we must figure out a way to connect as best as we can.

I tell the couples I work with in my practice that communication is 98 percent of a relationship. Whether this is direct talking, body language, tone, presentation, or complete silence, we form assumptions based on our perceptions.

As complex as the topic of communication is, the sliver I will be dissecting is about making assumptions. Making assumptions can be a dangerous habit. The chances of really understanding what someone is trying to tell us and actually being correct is slim—and that is why we must clarify with one another when we are unsure or have questions.

Take a minute to think about a disastrous situation in your life when you were trying to resolve a conflict with another person.

There you were, trying to convey your perspective, and the other person was doing the same thing, at the same time. At the conclusion of this conversation, there was probably no resolution, and I’d bet neither person felt heard or listened to. Chances are, assumptions crept in at some point, which is what fueled the disagreement to begin with.

So now let’s figure out what happened and how to communicate more effectively.

Reflecting is what we to use to avoid making assumptions, and it looks like this, “So what I hear you saying is…is this correct?” This allows the other person to acknowledge the accuracy and correct your statement if needed. I suggest continuing to ask this question until the other person says, “Yes, that is exactly what I said.” Then, it is time to change positions and allow the other person to clarify.

This process may seem tedious at first, but as you practice, it will only take a couple of minutes. As I see it, a couple minutes of clarification is worth avoiding a lengthy argument!

Think back to your example situation. Where could you have used reflection, and how could that have changed the course of this conflict?

Tips for using the reflecting tool:

>> Be authentic and genuine.

>> Don’t complicate what the speaker is trying to convey—keep it simple and identify the basic point of the topic.

>> Don’t over clarify. The speaker will feel challenged and may lose their focus, get frustrated, and either end the conversation or increase the intensity.

>> Stay on topic. Don’t take what the speaker is saying in a new direction.

>> Always be non-judgmental. The goal is to connect, not create defensiveness.

Validation is a magical tool and so easy to apply! Validation is basically letting the other person know you heard what they said, while applying some empathy that you could understand why they have that perception. Validation is one step further than reflection, because it focuses on the emotional aspect.

Nothing will make their defenses disappear faster than repeating what someone just said with an empathetic intention. Think about it—at the end of the day, we all just want to be heard and listened to. What better way to show someone this than using the very words that came out of their own mouths! You don’t have to agree, you just repeat.

An example of validation: Your partner comes home from work and is venting about a frustrating event. You say, “Sounds like you’ve had a rough day today!” You’re not rushing in to fix the problem or agreeing that it was rough day, only letting them know that you hear and understand them. You’ll immediately sense their defenses drop because not only have you reflected what they’re saying, you’ve offered an empathetic tone and response.

Now go back to the conflict you identified earlier. What could you have said to validate? How could that have changed the course of the disagreement?

Tips for using the validation tool:

>> Have awareness of the speaker’s verbal cues when you are validating. Are they confused? Are they rolling their eyes, shifting postures, relaxing their stance? Non-verbal cues can help you identify if your validation is accurate or not.

>> Leave the “but” out of it. Giving your perspective at the same time as the validation will cancel out what you just validated. An example of what not to do is: “Sounds like you had a tough day today, but I told you to get to sleep earlier and look what happened!” Yikes! How do you think that conversation will play out?

>> Don’t feel the need to agree with the other person’s perspective. This can lead to you and the other person feeling agitated, and the conversation is likely to go sideways. You will have your turn to express your opinion, but not at this moment.

Give these tools a try! After a few rounds of practice, you will find your moments of frustration and conflict will diminish. Again, one’s perception of a situation is their reality and if you choose to get into a power struggle to change one’s perspective, you’re in for a long, uphill road. 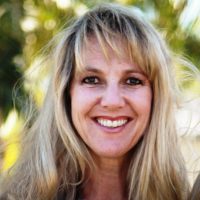 Tamara Kiekhaefer is a proud native of Colorado and is a Licensed Clinical Social Worker. She has operated a private practice for almost 20 years in the Denver Metro area. Tam… Read full bio