“Am I Crazy?”—a Therapist shares the Secret behind Why we Really go to Therapy.

While it seems the stigma around therapy has gone down in recent years, the rise in people disclosing struggles with mental illness has risen, as has the devastating rate of suicide, which is the highest it’s ever been.

Something tells me that while we’re talking more about mental illness and the signs of depression, addiction, and suicide than we ever have, there’s a large number of us struggling with unnamed emotions and personal distress that doesn’t fit into a category, crisis, or addiction—and with no where to turn.

Not all the signs of emotional unrest and unwellness are as clear as a diagnosis can be, nor does everyone need one. You may be surprised to know that most people who come to therapy have no mental illness at all and their struggles look nowhere near stereotypical. Still, utilizing therapy can provide such an incredibly supportive benefit for emotional and mental wellness, not just emotional and mental illness.

Do I Have Something Worth Getting Help For?

I can vividly remember the pit in my stomach, the longing for I-don’t-know-what despair I felt in college that would come and go in waves. The feeling would seemingly show up at random, sometimes on my way back to school from a visit home, other times in the middle of a lecture. It waned in intensity but it was reliable, always ready in waiting.

It showed up again when I moved into my first home in a town far from what I knew. And again after I had my first child. It was definitely something, but it didn’t fit into what I’d learned about depression or bipolar disorder. I didn’t want to end my life, and outside the life of college partying, I wasn’t addicted to anything. What I had to compare this to—the stories of family members’ behaviors that far exceeded my own, movies like “Girl, Interrupted,” “One Flew Over the Cuckoo’s Nest,” and looking at the world around me—didn’t quite fit with what I thought people went to therapy for.

Now, 20 years later and a therapist myself, I know it’s exactly the kind of thing people get help for.

A young mother of three sits sinking into the chair across from me. Overwhelmed by the demands of her small children and her husband’s busy travel schedule, she talks through the recent “meltdown,” as she calls it, that brought her to therapy. With no family nearby and no one to help with the children, her only means of connecting with others right now is through social media, where she sees other women doing this same lifestyle seemingly without a problem.

She talks about how she can’t live up to the lives of the women around her and doesn’t know why. She thinks something is terribly wrong with her: “Why can’t I handle it?”

No, she doesn’t have a panic or anxiety disorder—she’s suffering from a combination of loads of stress, bad social media habits, and a lack of mindfulness, presence, and connection in her life. This is a life far from what she knew growing up, where she was surrounded by family and friends. Loneliness, disconnection, and isolation aren’t familiar to her so it’s difficult for her to recognize this as enough of a reason to feel overwhelmed, and these are certainly not feelings she wants.

Even though she has no disorder or mental illness, working on making new connections and fostering the relationship with her husband could really be beneficial to her, along with decreasing how much time she spends on social media. As Theodore Roosevelt said, “Comparison is the thief of joy.”

If I had to give awards for the emotions that show up most in the therapy room, it’d be a tie between loneliness and disconnection—hands down. These sneaky little suckers rarely just come through the door blaring their dismay. They like to hide behind other things like sadness, hurt, and discontent. They show up as irritability and can even be so crafty that they present as something else entirely.

If emotional language and making connections between the mind and the body doesn’t come naturally, as it doesn’t for most, feeling displaced and uncertain in your own body and in your world is a common result. It can feel incredibly validating to put the pieces together that explain behaviors and emotions and make sense of the story that’s being created about our life. There’s a lot to it, and it isn’t always as easy as a puzzle, but it certainly helps to know we’re not alone.

A man in his early 40s reached out after he was given a promotion at work that seemed to bring on extreme irritability. He came in after his wife threatened him with a separation unless he could change. His confusion was palpable. He truly couldn’t understand what he’d done to deserve the threat.

We discovered that the physical and emotional abuse from his childhood left him feeling like nothing he did was ever enough. Making that connection led to a discussion about his perfectionism, toward himself and others, and the shame he’s carried with him throughout his life. He was throwing his shame at everyone around him. And as Brené Brown said, “When perfectionism is driving, shame is riding shotgun and fear is that annoying backseat driver.”

What presents as one thing, often brings about much more. We feel uncertainty about a feeling, a decision, or a path, about our role as parent, wife, husband, son, daughter, employee, or employer. The one thing we can count on in life is that so much of it is uncertain. Oftentimes, change happens before we’re ready, and even when we are there’s still transition, and unexpected expectations, thoughts, and emotions.

A woman sits across from me, wiping her unrelenting tears, needing to take a break and a breath from talking as she recounts story after story of her husband avoiding, ignoring, and withholding love from her. She’s lonely and her tears fall from the heartbreak of a fallen marriage she’s unsure she wants to stay in. She came in after her doctor recommended antidepressants to help her. She’s not mentally ill, not clinically depressed, but she’s in extreme amounts of sadness and pain that make it hard for her to get through the day.

She’s ashamed of the way her husband treats her and hasn’t shared her story with her best friend, who just celebrated her 25th wedding anniversary. “Why won’t he love me,” she sobs.

Another client describes a boredom and a restlessness that leaves him unfulfilled daily. His brother told him to get on meds for anxiety, but he wanted to try talking first. In the office, he recounts fond memories of dirt bike racing with his dad and a life goal to run a half marathon. His long commute to work and the daily grind in a job he’s not that thrilled about have gotten in the way. He wants more and different, but he doesn’t know what that looks like.

I hear stories every day of painful thoughts and feelings that have kept people from connecting with themselves, their friends, spouses, families, or anyone really. There are hundreds of words to express emotion that we don’t want to feel, that we’re ashamed to talk about, and to admit to our friends and family. Often, the emotions with labels and diagnoses are the ones we hear about, but they aren’t the ones I hear from where I sit.

More and more people are coming to therapy for mental wellness—not mental illness. They’re coming for the emotions and thoughts we all have, we all feel, the unwanted, the wanted, the uncertain ones, and the ones that leave us yearning for more: loneliness, shame, embarrassment, disconnection, isolation, unhappiness, and confusion.

The secrets that come out in my room are the ones we all have. The stories are as unique as we are, but the depth of shame and pain is the same. We all want someone to tell us we’re okay.

And there’s nothing wrong or crazy about that. 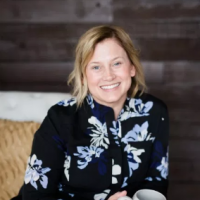 Lisa Pisha, when not therapizing, is writing, blogging, and seeking to be inspired by creativity at all times. She holds a Master’s degree and Illinois license in Marria… Read full bio

Why Therapy is one Badass way to Transform our Lives. What Therapy is & isn’t—from a Former Therapist. I’m a Therapist, but I Won’t Fix You: 5 Questions that can help us Help Ourselves.
See relevant Elephant Video