UPDATE April 19: Through the power of sharing and giving, over 2 million dollars has been raised for the churches since the writing of this article early Tuesday morning, April 16th. I am thankful that many have also seen the disparity in outpouring and given where the need is. There is still much work to be done. Consider giving now.

The world mourns the loss of a cultural icon—Notre Dame Church. Yet, silence shrouds the burning of three Black churches by a White Supremacist here on United States soil.

In March 2019, Holden Matthews, son of a Sheriff’s deputy, burned three Black churches to the ground and is being charged with hate crimes. Over the past centuries, the list of Black churches burned by hateful people is extremely long. In 1995 alone, over 30 Black churches were burned.

And today, with hate crimes on the rise, three more buildings serving communities that had hoped to practice their religion in freedom and peace were burned to the ground on the basis of the color of the skin of its members.

And yet we mourn the loss of a monument that has played its own role in the oppression of people. Napoleon was coronated at Notre Dame in 1804 and then proceeded to rape and pillage all across Europe. The Catholic Church, as we know, has also played a large part in covering up the prevalence of sexual abuse throughout its churches.

It’s not all bad, right? Notre Dame is a testament to the Middle Ages, the Renaissance period and many highlights in human history since its construction began in 1160, a time known for its violence, savagery, and slavery.

And while, as an artist myself, I can appreciate the craftsmanship, artistry, and collaborative teamwork that went into building it (and rebuilding it time and time again), I can’t help but be saddened by the commitment that we have made as a society to patriarchal white supremacy.

Year after year, we continue to rebuild an ancient system that oppresses, abuses, and holds us back while ignoring the stain on our society that is the outcome of that system—hate and othering—choosing to uplift one group of people while oppressing others.

All the churches in question use the same bible that says “If one member suffers, all suffer together” (1 Corinthians 2:26). And yet, as a society, we only cry when the white church burns.

We are all products of this system and we will have to work together to identify the old ways and find renewal that is grounded in love and kindness.

It will take a cultural shift, starting with ourselves but extending through our families, communities, places of worship, governments, and global systems to look for those that are hurting. Currently, the systems in place, hide the poorest and the most marginalized among us (children of war, prisoners, the poor, the sick).

Let’s talk to each other, build communities that aren’t homogeneous and weave a new narrative that elevates symbols of love and equality. Maybe one day we will see “a great multitude that no one could number, from every nation, from all tribes and peoples and languages, standing before the throne and before the Lamb, clothed in white robes, with palm branches in their hands.” (Revelation 7:9)

Want to do something about this system? Start here. Or read this. 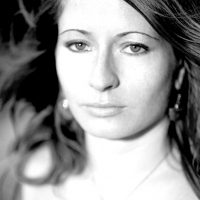 Designer and Creative Director Corti Cooper is the principal of Dot Think Design, a mindful design and marketing firm that supports nonprofits, arts organizations and other mi… Read full bio