Women are Claiming the Right to Lead—& it’s Bloody Brilliant.

What is it with the human condition’s propensity to want to be something other than who and what we are?

Why do we believe we need to hide aspects of our true, whole selves to be loved?

As a woman, throughout my 20s, 30s, and 40s, why did I feel it necessary to hide my intelligence to get along with people and be accepted by them?

The desire for acceptance is a common human yearning, and therein lies the paradox: it’s only when I truly love and accept my own human condition, with all my gifts and challenges—including my muck, knowing that like the lotus flower, I will blossom because of my muck, not in spite of it—that I find moments of peace and belonging.

And while I would love those moments of peace and belonging to last forever, the simple reality of life is: everything changes.

My younger self spent untold amounts of energy hiding aspects of my character that I did not think would be acceptable to others. I hid my intelligence so as not to be smarter than a guy. I hid my own strength—again, my conditioning was that the man must be stronger. I didn’t even own my power, let alone hide it—I hid it from myself!

Why is it that once I reached 50 I was no longer interested in disowning any aspect of my being? I finally owned the depth of my intelligence, strength, and power. Although, occasionally, that fear still arises—will I still be liked if I embody all of who I am?

It’s a fact of life that some people will love me, like me, or hate me, and some may be indifferent. What is it in me that craves everyone’s love? Is it only because I don’t truly love and accept myself? Is it because I want to belong?

My beloved partner in life and husband of nearly 30 years (yes, this many years makes me feel ripe, I write while grinning) argues, “Of course human beings only show the positive aspects of our character to others. Why hang out your dirty laundry?”

I think this was also my old way of being in the world. A way of being that represented a danger of me becoming a “Stepford wife.” I’d bought into the patriarchal myth that encouraged me to compete with other women to be perfect, rather than to collaborate in our messy authenticity.

This has been a huge change for me. This is my recent growth and evolution of consciousness.

Perhaps younger generations of women feel more entitled to own their intelligence, strength, and power from the day they’re born. And to also own their own muck, knowing they need it from which to blossom. I hope this kind of authenticity is contagious. It’s certainly liberating.

Perhaps this shift is due in part to the thought leaders and empowering story creators like Brené Brown who are writing books and sharing information to help us embrace new ways of leading and being in the world. Ways that honor our vulnerability and authenticity.

Brown is the author of five #1 New York Times bestsellers: The Gifts of Imperfection, Daring Greatly, Rising Strong, Braving the Wilderness, and Dare to Lead. Her TED talk, “The Power of Vulnerability,” is one of the top five most-viewed TED talks in the world, with nearly 40 million views.

The fact that several of Brown’s books were simultaneously on the New York Times bestsellers list at one point, reveals something significant about the zeitgeist in this country. People are waking up. Women, especially, are waking up. Women are claiming the right to lead differently to men—in all arenas of life: in corporations, in the political sphere, in any kind of organization. We need both feminine and masculine ways of leading, with each offering their own gifts and challenges.

In Hinduism, there is an understanding of both bhakti and shakti energies. Bhakti is that spacious, openhearted, loving, and devotional energy. Shakti is that single-pointed, focused energy: goal and accomplishment oriented, harnessing the power to get it done. One could say bhakti is more female and shakti is more male, however the reality is that we all have both energies within us, and both are needed in the world.

The classic patriarchal hierarchical structures, found in corporations and most organizations, have previously been considered the one and only way to lead. Having worked in corporate hierarchies for 20 years in Manhattan, I developed the strong shakti energy I needed in order to survive. However, circle leadership offers an alternative. Circle leadership honors bhakti energy and is perhaps a more feminine, healing, harmonizing, and collaborative way to lead, even though it did originate with Native American Indians.

Perhaps the world needs to honor the more bhakti forms of leadership at this point in our unfolding story (vs. his-story). Especially types of leadership that acknowledge all aspects of our shared human condition: body, mind, emotions, and spirit. One cannot help but notice that we are at a pivotal point in the history of our planet. Will we be able to embrace different ways to lead?

New Zealand’s Prime Minister, Jacinda Ardern, recently demonstrated a beautiful example of leadership that embraces bhakti energy. After the large-scale massacre at two of Christchurch’s mosques last month that killed 50 Muslim worshippers, Ardern wore the hijab as an act of solidarity and support. When asked how could the United States help fight this terrorism, she said: “Sympathy and love for all Muslim communities.”

Ardern shows great awareness and sensitivity to the emotional and spiritual aspects of life. I was interested to learn that she was brought up in the Mormon faith—although she renounced her faith when she was in her 20s in favor of equal rights for LGBTQ people.

Regardless of who occupies the office of president, are we ready to incorporate bhakti energy into all realms of leadership?

Perhaps the bhakti energy and its ripple-effect benefits will allow us to transform not only our own lives, but also our communities. No matter the size of the offering, every act of love and service is vital to the evolution of our consciousness, and the survival of this planet. 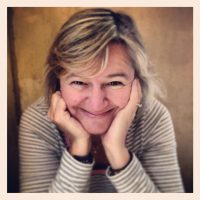 Camilla Sanderson is the author of The Mini Book of Mindfulness (Running Press/Hachette, 2016); her essay, The Spiritual Aspect of Writing Memoir: How We Find Stories in Our… Read full bio