Alcohol turned my Life into a Crumbled Mess & Forced Me to Begin Again. 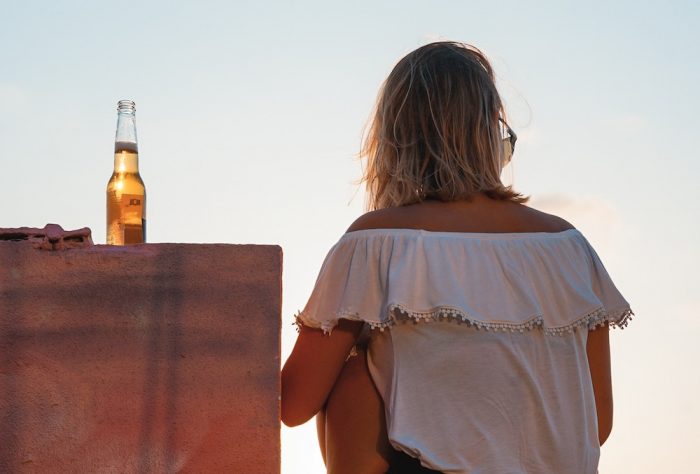 I think it is safe to assume that every human being experiences humility at some point in their life.

I’m sure there were many times in my life when humility could have come into play, but I likely chose arrogance instead because I just didn’t know any better.

I spent the majority of my life living on autopilot. I had a successful career and a family. I had marched through life doing all the things that were expected of me based on societal norms.

But in my late 30s, all of that changed.

My marriage ended. I recognized that my identity was lost with it. I held onto my career and motherhood as the only two identifying factors of who I was as a person, and I continued to trudge along.

Many things were part of the midlife meltdown that ensued—Alcohol being primary. As I began to drink my feelings away, my life began to fall apart piece by piece until I had lost all semblance of normal or functional.

The crumbled mess that remained was my first spoonful of humility.

It was bitter and hard to swallow. Loss of career, loss of nursing license, loss of home, loss of all material possessions. Loss, loss, and more loss.

As a lifelong overachiever, I had to do rock-bottom to the nth degree, of course.

So there I was, stripped down to bare-bones basics and determined to begin again. The journey would be long and arduous, but I was ready.

There was no hiding the disaster that I had become. Sobriety was the beginning. My road to recovery was paved with lessons.

Lesson One: I am not better than anyone else, but I’m also not any worse.

Our life circumstances may be different, but in my opinion, we are all inherently the same. Some of us make enormous mistakes that subsequently change the entire trajectory of our lives (like me). Although under the influence while doing it, I do admit and take full responsibility for every choice I made. I couldn’t “good deed” myself back into working order. I had to pull all the crap out from deep inside and take a look at it and then cultivate a forgiveness practice to heal. Years of stuffed emotions and unresolved trauma. I had to make amends personally, legally, financially, emotionally, and spiritually. Most importantly, I chose to make living amends by changing my lifestyle so as not to repeat the damaging behavior. The tangible guilt began to lift eventually.

I had spent a lifetime comparing myself to other people. It was such a normal thing for me that it felt like a genetic trait. Every interaction that I had, I surmised that I was either better than or worse than the other person. How exhausting! I find it much easier to remind myself that we are all the same.

Lesson Two: Life is going to throw lots of curveballs.

I have learned to be grateful for the mundane—those in-between times in life when nothing is super exciting, but nothing is really wrong either. I say a big, loud “Thank you” for those times. I have reached a point, several times in my healing journey, when I believe that I have learned my fair share of lessons and life could just take a freakin’ chill pill for a while.

But…that is never how it goes. Life always hands me a load on top of a load. When I get quiet with myself and I can connect with my soul, the lesson is often about remaining humble in all areas of my life.

Lesson Three: I can remain humble and also be confident.

I know who I am and what I stand for, and I’m no longer willing to compromise that. With that being said, I believe true confidence comes from alignment with your soul’s purpose. I believe my purpose is to be a vessel for love and compassion. I am confident in my abilities to live out this purpose in all of my interactions (I’m not perfect, but I try).

I can hold my head up high with confidence and not arrogance because I know that I don’t know everything. I consider myself a lifelong learner, and remaining teachable and open-minded allows me to say, “I’ve never thought about it that way before.” That keeps my ego in check for the most part.

Lesson Four: The shame spiral is a real, but I don’t have to go for a spin.

I did a lot of things when I was active in my alcoholism, and I have spent years facing that and cleaning up the wreckage of my past. I don’t believe that I deserve to be continuously punished for my bad choices. There are, however, many people who want to slap a label on me so I am always reminded of my past behavior. I do not subscribe to those beliefs. When someone is willing to admit their wrongdoings and subsequently repair them in every way humanly possible, there should be forgiveness.

I refuse to wear the scarlet letter. Recently, while navigating through the process of professional license reinstatement, I have encountered some of the harshest judgment. Instead of allowing the shame spiral to begin, I choose to see it from different eyes.

Before I got sober, I was also one of those opinionated folks. It came from a place of misunderstanding and lack of knowledge. To counteract the harsh judgment, I rely on empathy. I stand strong in who I am and continue to lead by example. I believe this is how I can reduce the shame and help others see what recovery looks like. It won’t happen from a place of argument, and it won’t happen if I allow them to make me small and ashamed. It’s not easy! I get my feelings hurt because I’m human. But I have a little cry, and then I keep moving forward.

Life is full of lessons. Some easy, some super difficult. I try to take them in stride and just take the next indicated step.

That first fall off my high horse was painful and necessary. Hopefully I can remain off the damn horse and just keep navigating the road from down here. 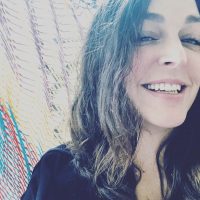 Shannan Fiorenza spent 15 years as an RN working in ER, Trauma, and Mental Health. She experienced extreme burnout and compassion fatigue that resulted in turning to alcohol a… Read full bio