How to Pursue Simple Living on our Own Terms.

At 24 years old, I was living out of my car and spent a month sleeping on my friends’ couch.

I like to think that situation was my first foray into the simple living lifestyle—though it felt anything but simple at the time.

I was between jobs when my parents decided to sell their house in Maryland and move back to my mom’s home state of Indiana to be closer to her family. The decision was a long time coming, but the sale of the house and the move itself was very sudden—we only had a month to find a place to live and get out of the house.

Since I was unable to find both a new job and someplace else to live within that month, I had to go through all of my belongings in the house I had lived in since I was 11, and decide what I could put in my car and take with me.

I went through everything: all of my clothes, my books, my instruments, my video games, my furniture. I looked through it all, donating most of my clothes and other items. I picked out things I felt I needed most—mostly clothes, a couple of books, and some practical items. I packed those into my car and drove up to Washington, D.C., to stay with some friends who were kind enough to open their home to me while I sorted things out.

Some people choose to live out of their cars or their vans in pursuit of a simple life, but it wasn’t exactly a choice I’d made for myself. Despite my discomfort at the situation I found myself in, it was in that situation that I found the opportunity to take a careful look at the life I had lived up to that point, and decide what sort of life I wanted to live in the future.

Of the many epiphanies I had during my month-long stay at my friends’ home, one was that despite all of the material things I had surrounded myself with while growing up at my parents’ house, the lack thereof didn’t really have any negative impact on my life. The things I had packed in my car were all that I needed, and I found out that there were plenty of people who had come to similar conclusions.

Eventually, I heard about the simple living lifestyle and how many people live out of their cars, vans, tiny houses, or trailers. I learned of minimalism. I also learned of homesteading.

How simple is a simple life? It really depends on who you’re talking to. All of these lifestyle choices are paths that people take in search of a simple life.

As I read about these different choices, I felt that minimalism was too far on one end of the spectrum for my taste. I liked having things, just not too many things. Homesteading appealed to me, but I don’t have the land for it just yet. I wouldn’t mind growing a garden while I’m still renting townhouses and apartments, though.

After staying with my friends for a couple of weeks, I found a job in a call center and my fiancé found a basement apartment that we could rent together in a town south of Washington, D.C. We moved into our new apartment and life went back to normal for us, but ever since then I’ve been asking myself, “How can I pursue simple living on my own terms?”

At first, I thought that the goal of the simple living movement was to either whittle down the number of belongings I owned until all I had were “the essentials,” or to go into the country and own a farm, or to take a page out of Henry David Thoreau’s book Walden, and go live in a cabin in the woods by a pond. Some days I think that Thoreau was really on to something.

Some people prefer to live with less, pursue minimalism, and are satisfied with that as their expression of simplicity. Other followers of the movement decide to get back to the land and start their own farms or homesteads. There are even people who pursue a simple life without getting rid of all of their possessions or moving to a farm; they simply reevaluate what it is that they want out of life and how they want to live it.

It took some time and exposure to the community for me to understand that the lifestyle is different for everyone who pursues it. Sure, there may be some common threads within the movement—a focus on what is essential, gaining self-reliance, freedom, and generally slowing life down a bit—but everyone has their own personal understanding of what a simple life is to them.

I decided that my ideal for a simple life is one in which I can pursue my own interests, be in control of my own time, grow some of my own food if possible, and make close connections with friends and family. My decision to become a writer was made in pursuit of that ideal, because I can have both the freedom to work when and where I want and I am in control of what I write.

The simple life can be pursued anywhere: on a farm, in the woods, or even in a studio apartment in a big city. It’s not just about where you live, but how you live.

The simple living movement is pretty broad in the way people pursue their understanding of a simpler life, and there really doesn’t seem to be any one particular definition of what a simple life is. It’s up to us to decide what we want the simple life to be, and how simply we want to live. 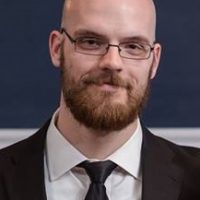 Seth Carter is a freelance writer for hire who specializes in editing and blogging on simple living, spirituality, and personal development. When he isn’t writing, he can us… Read full bio

How to Be a Minimalist (10 Tips).
See relevant Elephant Video