These Women show us just How Badass Mothers can Be.

“I love the winning, I can take the losing, but most of all I Love to play”…Unforgettable day of my life. #olympicmedalist #London2012 #happytime #HappyDay #WorkHard #ProudIndian pic.twitter.com/J6isuQwz1z

While Motherhood is seen as one of the most beautiful phases for a woman, it also comes with a lot of patriarchal connotations.

Many start believing that after the birth of her child, a woman must be relegated to the upbringing and care of the child. This is her new career and everything other than her child must come to a halt—of course, this is not true.

A woman is so much more than a mother.

She still has a bigger and better career ahead of her even after she embraces motherhood. This has been proven over and over again by some amazing athletes who showed that motherhood is not the end—it’s just another break in the career graph. These women broke the glass ceiling and made some great comebacks after giving birth.

Their strength is something to be admired.

Mary Kom hadn’t really unleashed her true potential when she initially started as a professional boxer. She peaked after the birth of her twins, which gave her some kind of undeniable strength. Her sheer love for the sport couldn’t keep her away from the ring, and so she went on to become one of the best boxers from India.

She became India’s first woman in boxing to win a medal at the 2012 Olympics in London. She topped that up by winning gold in the Asian games in 2014. She is truly a powerful and inspirational person.

Kim Clijsters was the woman who redefined the strength of motherhood and took it to another level. Kim came back to tennis after giving birth to her daughter and overturned patriarchy in the best way possible.

Her decision to come back to professional tennis was already a big deal since it was almost unheard of. But, what made it even more amazing, is that she went on to win the United States Open final in 2009—a year after the birth of her daughter when she defeated Caroline Wozniacki. Previously, the Belgian has only won one Grand Slam in 2005, but this was a spellbinding feat. Overnight, she turned out to be an inspiration to every mother and every single human being who watched her in action.

Serena Williams’ strength will go down in history; she is one of the greatest tennis players to have walked on Earth. Not only did she come back after her pregnancy, but she went on to win the Australian Open while she was eight weeks pregnant.

She later confirmed that she came to know about her pregnancy just a few days prior to the Australian Open. She then came back to professional tennis even after a rather life-threatening and complicated pregnancy. This woman exudes a kind of strength that is hard to find in anybody.

Candace Parker was always a prodigy. In high school, she became the first and only player to win the Gatorade National Girls Basketball Player of the Year Award two years in a row. Her college life was also filled with record-breaking wins, and she was also the first ever woman to dunk in a college game.

As she went pro, she bagged both the rookie player award and the most valuable player award. After her child was born, she came back to sports only after seven weeks and ended up winning the MVP award for the 2012-2013 season. She also helped the United States women’s basketball team to two Olympic Golds in 2012 and 2016.

Kara was already a great athlete and even took away a bronze medal at the 2007 World Championships in the enduring 10,000 meters. She then gave birth to her son in 2010, and immediately got back on her feet and started taking part in professional races. In 2011, she ran her career-best marathon and then went on to win the United States Half Marathon Championships. She peaked after the birth of her child and showed how strong motherhood really makes you.

This soccer player is a force to be reckoned with. Rampone had gained a reputation of being extremely powerful in the field, which certainly did not change after the birth of her child.

Before having kids, she represented the United States women’s team in both the World Cup and the Olympic games. Even after her two children were born, she continued to represent their soccer team. She even helped the United States reach the finals in 2011 World Cup. In 2012, Christie powered the team to victory and bagged the gold medal as captain.

Another tennis player, Davenport actually started her career in the 90s. She rose to fame when she won the United States Open, the Australian Open, and the Wimbledon during that time. Yet, her career was marred by injuries which caused her career to go downhill. Even though she lost to both Serena Williams and Venus Williams in 2005 Australian Open final and the Wimbledon final respectively, she was still ranked World No. 1.

She announced her retirement when she got pregnant, but her passion for tennis couldn’t keep her away. She returned in 2007 and went on to win the Women’s Tennis Association title in Bali, making it her first title win post-pregnancy.

Kerri Walsh has been a beach baby since her childhood. For more than two decades, she managed to dominate the beach volleyball scene with her ex-teammate Misty May-Treanor. She and her teammate had even won Olympic Golds in 2004, 2008, and 2012. In between all of this, Kerri embraced motherhood. Her first child was both in 2010, and the second child was born in 2012. Kerri was also five weeks into her pregnancy at the 2012 Olympics.

Even after the birth of her daughter, she won a silver medal along with teammate, April Ross, at the 2016 Olympics.

Nia was breaking records since her start. She won the 100-meter hurdle track and field event at the World Indoor Championship with an amazing time of only 7.80 seconds. She then had to take some time off in 2015 when she gave birth to her son.

In 2016, she made her comeback to defend her gold medal in the same event and went on to record a time of 7.81 seconds. In the same year, she won the silver medal at the Olympic Games for the 100-meter hurdles. She was instrumental in helping the women’s team in earning their first ever sweep at that event—they walked away with gold, silver, and bronze.

It is often said that giving birth actually increases the strength and capabilities of a woman. This was further proven by Paula Radcliffe. This woman holds the world record of the fastest time recorded by a woman in a marathon race.

Her career was hampered by serval injuries, which put her in the sidelines in 2006. Her pregnancy in July further delayed her comeback. But when she did return, she came back with a bang. 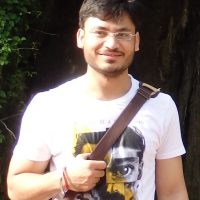 A solo travelling fanatic with the passion of always exploring new destinations of India. If you do not find him at his home searching about next destination in India then he … Read full bio

For the Woman who is More than Just my Mother. To the Mothers who Raised us with Ferocity. {Poem}
See relevant Elephant Video