Don’t Believe in Climate Change? I’ve Seen it with my Own Eyes. 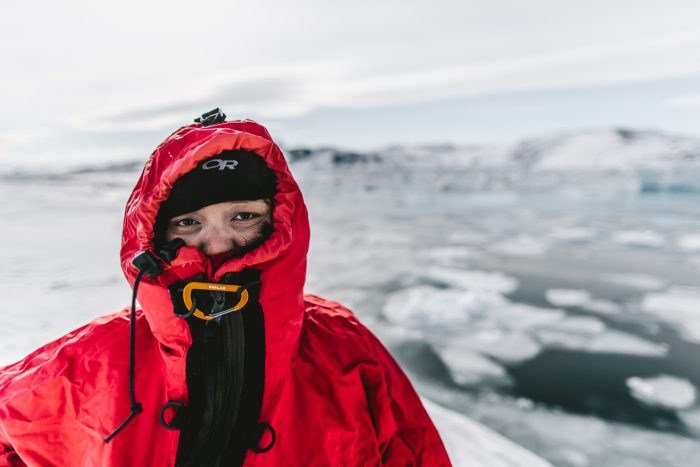 For the most part, no one likes it when their life’s dream comes crashing down.

I wasn’t any different.

I was born on a tropical island with lush, verdant jungles. At the age of 10, I came across the heroics of Robert Falcon Scott and his ill-fated expedition to Antarctica in 1912. I was hooked.

When I left the foreign service to work on the issue of child sexual abuse, I decided to ski to one of the Poles to raise awareness on this malaise.

So it was that I found myself in Spitzbergen, Norway last month at the 78th parallel, preparing for the expedition of a lifetime: skiing the last degree to the North Pole. There were some problems with the Ukrainian authorities not allowing the Antonov-74 that we had hired to fly north, so we roped in a Canadian company instead. A Basler DC-3 was promptly dispatched, and it all seemed like a go on Friday morning, April 12th.

In the afternoon, at 4 p.m., everything changed. The managers of the Russian ice camp “Barneo” announced that the North Pole season had been canceled.

“Wait, wh-what…?” was all I could stammer, before the room erupted into chaos. People were shouting questions at the Russians. There was much waving of hands. I was desperately wringing my own.

The Russian in charge calmly took all the questions, explaining the sequence of events that had led to this decision. There were murmurings in the crowd of a Russian/Ukrainian angle due to the ongoing crisis in Crimea. The Canadian pilot who had done a test run earlier that morning assessed that the weather was bad, which would not allow him to land. Had we waited for a better weather window, the ice would have melted, which would not allow a plane of that size to land.

The Russians decided that the short weather window meant that it was not possible to deposit all skiers and tourists at Barneo camp at the 89th parallel and to guarantee that everyone could be brought safely back to Longyearbyen, the capital of the Svalbard archipelago in Norway where we were temporarily based.

After the meeting was over, my teammates together with Polar Explorers, our guiding company, slunk away to a corner of the hotel’s bar to recover from the blow and discuss strategy. Rick Sweitzer, the owner of Polar Explorers, generously offered a short ski trip in Spitzbergen at the company’s expense for those of us who decide to stay on. I opted for that with alacrity.

We left on the morning of April 15th, skiing out of Longyearbyen, toward Bolterdalen. According to local folklore, a horse bolted from an exhibition that was being held in the early 19th century, sprinting toward this valley. Hence the name.

Dusk was falling and, like the others, I was silent, ruminating, our spirits somewhat dampened. And these were my thoughts: Climate change is affecting the polar ice caps.

Talking to the guides, I realized that no full-length expeditions have succeeded in the past six years, mainly because the ice has been melting, making it impossible to cross wide open leads that have developed. I watched the BBC series “Our Planet” on Netflix, narrated by the redoubtable Sir David Attenborough. In one episode, he highlighted that polar bears are finding it difficult to find food as the ice cap is becoming more unstable, resulting in malnourished polar bear cubs.

We all can do our bit to reduce global warming. 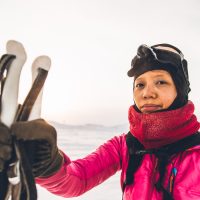 Eirliani Abdul Rahman, a lover of Antarctica and the Arctic, regularly spends winters training in the Arctic, be it in Nunavut on the frozen Frobisher Bay in Arctic Canada, or… Read full bio