The Real Sh*t no one tells you About your Postpartum Body.

Let me tell you now: No woman expects to come out of pregnancy with a six-pack and perky breasts.

And if she does materialise with enviable cleavage, I promise you—her tits are probably taped up behind her ears.

But you can’t really blame us for wanting a miracle as we stand in front of a mirror about to take a look at our postpartum bodies for the first time.

Nothing can prepare you for how different your body is post-baby. Not even Google.

And I Google everything.

The first time it hit me just how much my body had changed after having Lulla was when they wheeled me out of the maternity ward. Out of habit, I reached down to massage the baby bump I’d secretly grown to love, and for the first time in nine months it wasn’t there.

What was there felt saggy and unfamiliar. It wobbled when I laughed (not that there’s much laughter when recovering from a C-section), and it wobbled even when I spoke.

Who am I kidding? It wobbled whenever I breathed! Gone was my round bump. What was left was skin that looked and felt like a deflated balloon.

Underneath the fatigue that kept my mind busy for weeks after having Lulla, I remember feeling nostalgic for the baby bump that had given me so much confidence when pregnant.

During the last month of my pregnancy, my belly had felt stretched to its full capacity. My skin hurt, it was bumpy, and, well, it kinda resembled Dead Pool’s face. My boobs leaked all the time and my T-shirt was often crusty and glued to my sunny-side up nipples.

As much as I loved my bump, come week 40 of waddling, I was kind of ready for my baby to be born.

I thought that I’d feel so much better after my baby was born. I thought it would all slowly shrink back into place over time. And for some women this is the case, but for many of us, we just never look the same after a baby.

I knew that I wouldn’t bounce back to shape as soon as Lulla was born. Hell, even Tammy Hembrow (the sculpted goddess that she is) has openly admitted that despite being toned to absolute perfection (my words, not hers), she still has loose skin after having her babies.

But you can’t blame us for still feeling miserable post-baby when we look down at our bodies and see the aftermath of what nine months carrying a baby can do.

I’m four months postpartum and only just accepting how different my body is now. And whilst no new mum ever questions whether or not it was worth it (being a mum is the best job ever) sometimes it just sucks, y’know?

So here’s the sh*t no one told me about my postpartum body:

Some women actually believe that you birth your baby, and your bump just disappears. Can I get a ha ha ha? While my belly felt deflated post-baby, it was still a big, old, pregnant belly—just with less shape to it.

Your baby may be born, but your uterus is still swollen, your organs are all over the place (creepy, right?), and your skin isn’t going to just ping back in an hour or two. So, basically you may still look pregnant even after having your baby.

Your pre-baby jeans won’t fit you just yet. Sorry, mamas. And you’ll probably get the inevitable, “When are you due?” question even whilst you push your newborn around in the pram.

2. You’ll have a kangaroo pouch.

Ladies, you’re probably going to have an overhang. A cruder term is a gunt, but I much prefer to call it a kangaroo pouch. And whether you’re big, small, short, or tall—we all get them.

An overhang occurs after a C-section, but I’ve also known women who’ve had vaginal births and been left with one. And they’re pretty grim.

3. You’ll trip over your boobs.

My boobs weren’t the best before Lulla. I had a boob job at 18 and had them re-done at 19 due to complications. I was left with nipples that resembled fried eggs.

Throw 10 years and a baby into the mix, and those implants are hanging lower than where I paid £6k for them to be.

And they ache. I take off my bra and they basically tickle my toes. Not only are they now saggy, but they’re also covered with stretch marks. And though I stopped breastfeeding Lulla when she was two weeks, I still pinch my nipple and watch as breast milk shoots out of it.

4. Even your belly button changes.

Why did no one mention the fact that even my belly button would change? I had my belly button pierced when I was 12 and always thought it looked cute decorated with my sparkly belly bar—Until I had a baby.

When pregnant, your navel piercing can stretch out, and it doesn’t stretch back after your baby. My belly button is pretty much a hard lump due to scar tissue, and no sparkly belly bar is gonna make it any prettier.

5. You’ll shed hair like a snake sheds its skin.

When pregnant, I was basically Rapunzel. I had my hair cut twice because it just kept growing. It felt super thick and was luxuriously soft. Lulla is four months old now, and I’ve started noticing just how similar my hairline is to Jack Nicholson’s.

I brush my hair and it snaps off. I wash my hair and clumps fall out. Lulla reaches out lovingly and comes away with baby-sized fistfuls of my hair. Now I’m pretty much a bald chicken, and I feel bad for ever moaning how my hair was growing too much.

6. You’ll sweat yourself into dehydration.

I thought I’d left pregnancy behind and gone straight into menopause. And it wasn’t even down to the fact I’d had Lulla in June and a week later we entered a heatwave. I was sweating even when I felt cool. I’d go to sleep and wake up in the morning with damp hair, my T-shirt stuck to my dodgy nips.

It’s normal, don’t worry. Your hormones are just helping to shift excess fluids that helped to support both your body and baby during your pregnancy.

I lied in the hospital when the midwife asked me if I’d “opened my bowels” every time I went to the toilet. I was scared that if I said no they’d keep me in another night and would start coming to the toilet with me to help entice out a poo.

I didn’t poo for around two weeks—something I admitted to my community midwife once home.

I had an emergency C-section, and every time I went to the toilet my stomach muscles felt too weak to push. In fact, it was excruciating. I could just about pee without having to hold my incision.

I felt like I’d never push out another satisfying turd ever again. But two weeks later, all was well and I was “opening my bowels” and gushing over the experience with my midwife.

For someone with size seven feet, I was mortified that I could no longer get into the majority of my shoes toward the end of pregnancy. At least not without my feet spilling over the tops of my Nikes.

My feet (and hands) were swollen and my ankles were non-existent. The swelling went down a week or so after having Lulla, and it was nice to become reacquainted with my ankles. 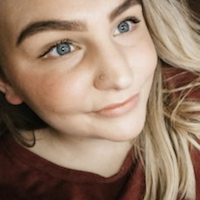 These Cartoons Totally Nail Postpartum Depression. Baby Got Back: Falling in Love With My New Body. ~ Michelle Sweezey 3 Life Hacks for Going Back to Work as a New Mom.
See relevant Elephant Video