Grief is a Slippery Emotion, a Prison Guard, a Trickster. 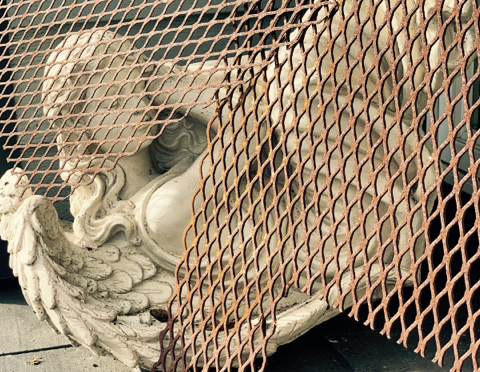 Grief is a slippery emotion.

A trickster that trounces dreams. It sneaks in and out of everyday plans, often shirking appropriate context and delving into its own morbid agenda.

Just this morning I was feeling cheery, excited for a weekend excursion on the water. I had been looking forward to this boating trip for weeks. My friend, Patti, and I had planned to sail to Napa from Sausalito. It would be our first solo voyage together. Bags were packed, food was shopped for. We had more of everything than we could possibly need. We had practiced our navigation routes last weekend, charted the tides and wind forecasts. All systems were ready to be deployed and go!

But then a memory of the last time I was in Napa blew in out of nowhere and sunk me. The memory itself was actually a pleasant one. My partner and I were celebrating our seventh anniversary at the French Laundry, a three-star Michelin restaurant. We loved traveling and appreciating the finer things in life. We giddily considered ourselves connoisseurs of all things decadent, particularly on special occasions. We led a charmed and adventurous life together, and thought we always would…

But she died last year. Of breast cancer. After a four-year, hard-fought battle.

So, my pleasant reflections have been tainted with an overlay of grief. I’m flooded with memories of how strong she was and how fiercely determined she was to live into her 90s. I’m reminded of how she came up short by 30-plus years.

She missed the third trimester of her life. She would be so pissed at herself and at fate’s wicked turn. She was committed to beating all odds and was literally competing for life over death. I’ll never forget how her sheer determination cast a bright light of hope in our lives during a horridly dark time. I believed in her fierce grace. But maybe not enough. Or maybe too much.

We never really had any conversations about “what if,” because it was an unspoken and closed subject. Who was I to present an alternate reality to her vivacious cheerleading while her constant pain must have challenged why she was continuing to play the game? We were both harboring our own styles of blurred denial until the winds of life became infused with gale force harshness. Her tide ebbed, until suddenly, she was gone.

Gone. Those decadent days are gone.

The mere thought of our blissful night together in Napa engorged me with hatred for the entire wine country region. And for all the finer things in life, for that matter.

I become wobbly. Shards of grief are taking me down. Crushing any enthusiasm for adventure.

I don’t want to go to Napa. I don’t even think I can leave the house. I’m pissed about even having to consider the pressure of carrying on with my plans. My spirit is paralyzed. My body is pulverized by fear chunks. I am not well. I feel like I’m dying. My mind fast-forwards to breathing my own final breaths, as if I would even be conscious enough to experience them lucidly.

But it’s not my final breaths I am anticipating or experiencing. It’s the trauma of helplessly watching her take hers and then surge forth into an unpredictable and painless land. A freedom, of sorts. An unwelcome adventure.

Something in me softens with this hint of wisdom that recognizes, at least for this moment, that it’s not me who is dying. The sense of pressure recedes and gives me pause enough to forgive myself for how I perceived I failed her. How I couldn’t save her. How I dare go on without her. And it’s just enough of a lapse in grief’s portal to pick myself up off the floor and consider going on to Napa without her.

This consideration begins to turn the tides in my favor. I feel myself letting go of these tangled thoughts and becoming lucid again. The wind has left grief’s sails.

Grief demands having its way with us at its whim. It taints A-plus memories with the torture of knowing there will never be more of the same. It refracts the capacity for joy by warping happy moments into sadness. It’s a prison guard, locking us down. Unless we fight to see through its haze.

And we can. While it may leave us feeling like we are dangling in the unknown, we’re okay. That’s part of what loss is about. It may feel like there will never be any resolution. Or that the most we can hope for is for us to accept that our loved one has moved on.

But that in and of itself is an important step. Once we accept our loss, the fog of grief begins to dissipate and the joyful memories it corrupted can return again. And, just as importantly, we can create new adventures.

What if we allowed grief to be our teacher? What if it’s not the prison guard after all, but a “frenemy” who gives us first-hand knowledge of how death sentences can be handed down unpredictably? What if we don’t allow the fear of death and loss to steal our life force? What if its recurrent shock is just the jolt we need to cultivate a deeper and richer life for ourselves here and now?

What if there is no cage? 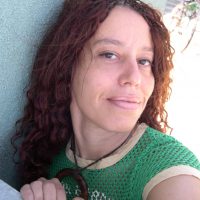 Gina Locurcio, founder and executive producer of Umlaut Films, is a poetic artist, who is immensely inspired and transformed by nature. After producing content for clients an… Read full bio