Rule Follower or Rebel: Which Leads to Enlightenment? 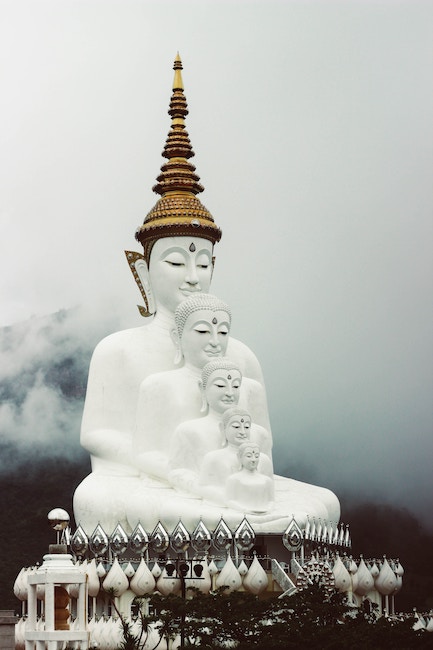 Rules and prohibitions are the ostensible foundation of all meditation practices. However, they are presented differently in the “Sutra” school, as compared to the“Tantra” school.

The Sutra School is the original teachings of the Buddha and is for the most part “what you see is what you get.” This being said, there are both actual “what you see is what you get teachings” within the Sutra school, and “provisional” teachings, which are subject to a restricted amount of interpretation. One of the hallmarks of this school is the rules of conduct, which are the foundation for both beginning and advanced practices.

The original teachings of the Buddha, the “Sutra School,” emphasized the “Five Precepts,” and sometimes “Ten Precepts,” for people wishing to enter the “Path.” The “Path” is just the road to happiness and peace. It need not be made any more complicated. Monks and nuns took 250 and 350 precepts respectively. Nevertheless, the “Five Precepts” are considered the most fundamental for everyone. They are “no lying, killing, stealing, sexual misconduct, and taking intoxicants.”

The Five Precepts connect with the “Five Desires” for wealth, sex, fame, food, and sleep, all of which are foes to meditation. Without undermining these five desires, meditation is like “boiling sand grains while expecting to get cooked rice.” The Sutra School’s direct approach to the prohibitions is in sharp contrast to the Tantra School, which is far less vocal. So what is the difference?

If the Sutra School wants you not to steal, engage in sexual misconduct, refrain from intoxicants, and so forth, it tells you so. It presents you with precepts which you formally vow not to break. These rules are considered the foundation of meditation practice.

The Tantra paints a realistic picture and provides meditation techniques for it. Let us say that you are advised to imagine your mind as a vast expanse similar to the limitless regions of a clear blue sky and that within this vast expanse a clear, bright knowing awareness shines eclipsing all one’s thoughts and identities. In practice, however, when one sets out to accomplish this meditation, thoughts of our girlfriend or boyfriend, money, or food, draw us away from the clear, bright knowing awareness and remind us of the mundane world.

Our blissful void is highjacked by individual dispositions toward whatever we are attached to. It is this self-awareness of our distractions that Tantra views as the most effective way to overcome them; following prohibitions is ineffective because of its antagonistic approach. In other words, the Sutra School is heavy-handed, while Tantra is not.

One school of thought is saying follow the rules if you want to see the light, while the other school is saying see the light, and if you are having trouble, remove whatever it is obstructing you. The Tantra believes that telling anyone to follow the rules is counterproductive. One great Tantra master, Trinley Norbu, told me that when you tell someone to follow the rules as a prerequisite to a meditation practice, you might as well tell them not to practice meditation. They will naturally rebel. His solution is to give them enough “advanced” instructions that they see for themselves that their attachments are incongruous with their spiritual ambitions. This recognition naturally leads to self-discipline.

Both schools are right depending on who and which culture we are talking about.

For some, prohibitions can only lead to a contrived practice at best, and in many cases, dissuade a person completely. None of us want to be told what to do, but rather experience the joy of finding out for ourselves.

For others, a set of rules makes the path clear.

For everyone, rules and regulations and prohibitions must come from within, along with our recognition and understanding of what hinders us. Taking necessary steps to eliminate the causes of distraction is up to us.

Richard Josephson lives at the City of Ten Thousand Buddhas, in Northern California, but his schooling was in Los Angeles and Santa Monica. He is 73 years old, has lived half … Read full bio