Why we need to Embody the Unmoving Confidence of a 5-year-old Girl. 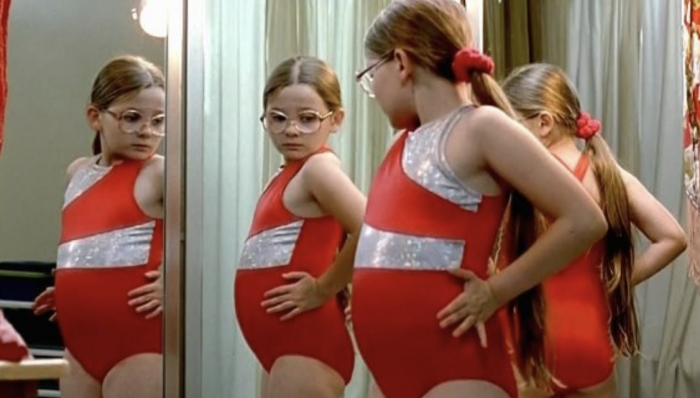 I complimented my daughter the other day after she executed a complicated gymnastic move. She smiled brightly, looked back at me nonchalantly, and said, “I know.”

When I tell her she’s pretty or that her outfit is really cute, she gives me a cheeky little look and says, “Thank you. I know.”

At five years old, she knows how to take a compliment. It would never occur to her to say, “Oh no…I’m really not that good. I mean, thanks, but there are so many other gymnasts out there that are better than me. I can’t even do a back handspring yet.”

Or, “I’m not that pretty. These shorts make me look fat so you better not pack me any more snacks in my lunchbox.”

She knows when she’s looking extra—even when she leaves the house in polka dot leggings with a hole in the knee, a neon-colored striped top that doesn’t match, and boots on a hot summer day, she owns it. She’s all about standing out and being herself, not fitting in.

We all need to be more like my daughter.

She’s not comparing herself with anyone else. She gets out on the mat and tries to do a back handspring because she’s never done it before—even after she has spent weeks watching all the other girls acing the move as if it’s as easy as doing a somersault.

If she compared herself, her dreams of doing this fun thing she sees everyone else doing would never happen. So she’s smart enough to know she’s got to at least try it.

The comparison game is what keeps so many of us stuck. We don’t put ourselves out there because we think we’re not smart enough, polished enough, perfect enough, experienced enough, good-looking enough, or whatever enough to actually do the thing we’re dying to do.

It’s such bullsh*t, really. Think of how many people we could inspire or motivate or help by doing that one thing we’re not doing because of comparison.

I was talking to a friend the other day, and we were both sharing how often we downplay our innate talents and successes. Instead, we focus on the areas where we struggle, and then, we procrastinate because we’re comparing ourselves to the people who shine in those areas. We are afraid of looking stupid.

I’m guilty of it myself. If someone comes up to me and says, “I love your writing. It helped me get through such a difficult time in my life.” Do you think I take the compliment and say what my daughter said to me?

Nope. Well maybe on the outside I’ll say, “Thank you.” But that’s not what my internal monologue is saying.

My inner monologue sounds something like this: “My writing is boring. I’ve lost my mojo and can’t think of anything compelling to write about anymore. I just looked at what’s trending online, and all those writers are so fabulous. My articles don’t get the number of views they used to get, so why bother writing at all? I suck, and nobody cares about what I have to say, so I’m going to take a nap and maybe shove my head into the oven.”

But then, I check my ego and look at where I started.

Once upon a time, I had never written a word that I shared publicly. Now, I have over 300 articles floating around out there, which I know have helped lots of people and not just the ones who’ve taken the time to reach out and tell me.

If I let my natural inclination to compare myself with all the phenomenal writers out there stop me from sharing my voice, then I might deprive someone who needs to hear what I have to say to help them get through a difficult time.

We have to stop using comparison as an excuse for not taking a risk and doing what we’re passionate about. We can’t look at the person who’s been at it for years and think to ourselves, “I’ll never be there, so why bother?”

Instead, use other people’s success as your inspiration. Tell yourself, “That could be me.”

Why not you? I bet that person you’re admiring right now had the same thoughts you had about someone else before they took the leap.

So today, I choose to be more like my daughter.

I’ll get up at 6 a.m. to write. I plan to finish the copy for my online course so I can put it out into the world, even though I’m scared AF nobody will buy it.

I’ve changed the narrative in my head about who I am and what I’m capable of. Because I know deep down somebody out there is looking at me and maybe comparing my middle with their beginning, and they need to be reminded how awesome and capable they are too.

I encourage you to channel your inner five-year-old today, if you can. When someone pays you a compliment and tells you how great you are, simply say, “Thank you. I know.”