Why we Don’t Find the Love we Seek. 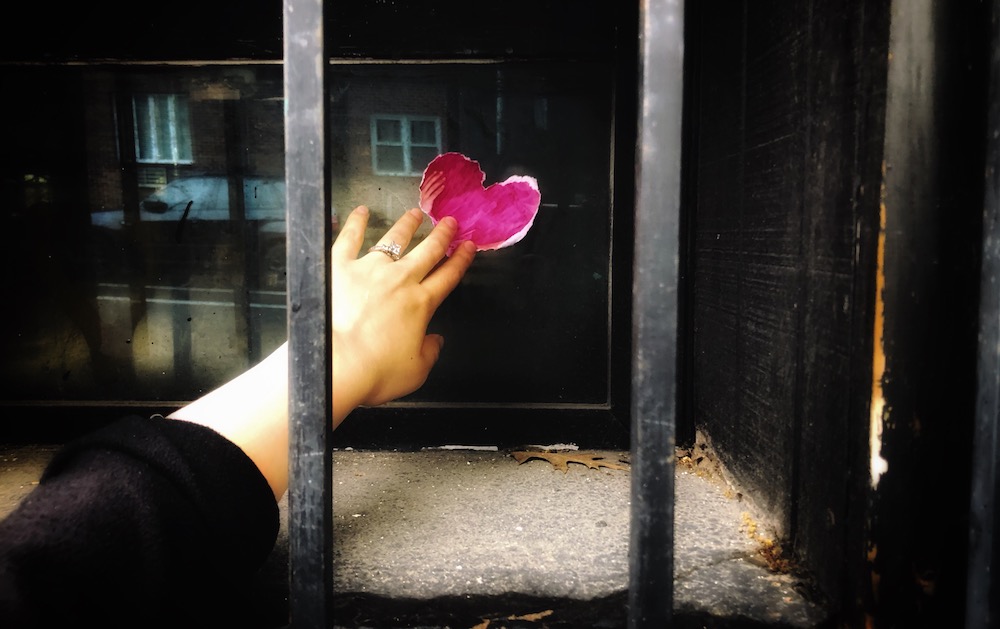 “Your task is not to seek for love, but merely to seek and find all the barriers within yourself that you have built against it.” ~ Jalaluddin Rumi

I froze when I first read this.

It seems that we’ve had the wrong goal all along.

I think back to all the times I’ve set out to look for love—and all the times I’ve failed—and, as of last year, with a hundred percent rate of failure, I had no business writing about love, only its defects. Which is exactly what I did, because that’s all I had known.

Between blind faith and failure, other things started to take up space. Namely, variations of pain.

I remember my first breakup at the age of 15, when I was deeply hurt by “a side of him I had never seen,” which was exactly how I had described the experience to my friends. But one friend’s response helped me see things differently. She told me that we don’t exist in “sides;” we exist as a whole, and it wasn’t a new person I was seeing—it was part of who he had been all along.

We don’t exist in sides; we exist as a whole. That epiphany affected me for a long time.

The next deeply damaging breakup happened a decade later. Throughout the decade, I continued to seek love, and, throughout the decade, I continued to fail. I was told that I was “marriage material” by a number of people, and I loved hard, gave all of myself, and failed even harder. But I didn’t stop believing in love. I just learned of more ways we deviate. I learned of more ways to say we’re not ready.

I never did deviate—and then I did.

I seemed to have been born ready for love—and then I wasn’t.

With each failure, I collected new wounds, and I naively thought that healing was simply detaching myself, cutting away from toxic people, and moving on. I was wrong on many counts. Removing myself was only the first necessary step of a long journey, but I treated it as a full stop. Then, I went overboard with detachment and became dissociative altogether. Overachieving has many side effects.

Five years ago, I couldn’t get out of bed unless I had listened to two or three sessions of guided meditations, and when I did get out of bed, I focused only on work. I made my life about work and detachment, because I understood attachment as the root of suffering. I blindsided my growing pain, numbed myself by practicing detachment, and continued to believe in love the way Jane Austen had engrained in me.

Except, I had stopped looking for love and had involved myself with those who didn’t believe in it. By then, I had dissociated so much that I found these nonbelievers safe to be with. I even kept silent as they often mocked love. How was I to defend something that had only caused me pain?

So, I wasn’t invested, and they couldn’t hurt me. I became a textbook example of a wounded person not dealing. Worse, I thought I didn’t need therapy or healing anymore—I just needed to be detached from poison. I floated through life, through dates, through sex; every choice was to satisfy the goal of being detached.

I was present only in my pain—the largest collection of anything I had amassed since 15, and every choice protected me from the possibility of being hurt again. I kept choosing the wrong men, the ones who confirmed only that love doesn’t exist.

Until the one who did love me came along, when I was at my darkest, when I was already in another bad relationship, when I was still seeing other people with the same defects on the side. Love came when I was rebelling against it, when I wasn’t looking for it. But I still believed in it. I never stopped believing.

Love, as I had never known it, seemed to have finally arrived. But I couldn’t trust it, couldn’t recognize it, and couldn’t associate with it.

I didn’t know I was dissociative until professionals made that remark about my behavior and state of being. I had trained myself so well with being numbed that, when asked, I couldn’t locate my pain or express what I was truly feeling. I had always felt things deeply, yet I had become so desensitized. I had trained myself to be this way. I took pride in having a high pain threshold, but the truth is I wouldn’t have been able to survive otherwise. It was a function of survival.

Dissociation means you can compartmentalize life in a way whole people won’t.

I had become the “many-sided” guy who broke my heart when I was 15. Actually, that’s all the kind of men I knew. My entire life. None of them whole. None as we are born whole and meant to be. Everyone carried pain—some known to me, some unbeknownst to me, but I felt it all. I understand pain and how it mutates us.

But I didn’t understand love. And each time I chose to dissociate was another barrier I put up to protect me from further pain.

I had the wrong objective all my life.

As an artist, the last year was very quiet for me. No social media. Only two public performances. No album releases. Though much music has been written.

For the first time in my life, I took the journey inward, and I confronted darkness and deviation every single day—in the face of attacks, shame, judgment, and punishment.

When I stopped dissociating, it felt as though I broke free from a spell. I faced the pain head-on every single time, however debilitating. And it was debilitating, and I screamed in all the ways I knew how. For 10 months, I reacted with anger, because when you start to catch up with all the feelings that have been suppressed and dissociated, you don’t come out a saint.

Dissociation gave me a better poker face, and it worked like blinders to all the barriers I keep putting up. Once I took the blinders off, it was painful to see all the barriers I had put up with my own hands. Day by day, I started removing them, with the same hands that had planted them there in the first place. It’s still a work in progress, and I don’t know if there is ever a full stop.

But with each barrier gone, I feel a bit more whole again—the way we were born and meant to be. This is what I understand love to be: the power to remove these barriers, one by one, and the power to sink into the pain and transform it into vessels that lead us to a lighter place.

Because everything we hold within ourselves is energy. If it can carry us to darkness, it is also capable of powering us to love. The deciding factor of where our destination is is not this energy; it’s where our barriers are and where they default our energy to.

For most of us, our barriers are against love. So taking the easiest way forward will surely lead us to a place that isn’t love. “It’s easier to be bad than it is to be good” is a saying present in many cultures and languages. I guess all point to the same thing, because human nature dictated that even our flaws are so pathetically common. With time, we collect only more barriers that block us from love.

There’s a Latin proverb that says what nourishes us also destroys us, but as long as we live, what hasn’t yet destroyed us could also be transformed into nourishment.

Love is not a destination; love is a choice.

Love is not a prize given to the lucky few; love is an active verb practiced by those who refuse to settle for what’s less than whole.

Love is a belief and the strongest force of transformation there is.

Love is not the absence of pain, but its only true cure.

10 Salves for a Broken Heart. Are you a Buddhist? 4 Questions to Help you Know for Sure.
See relevant Elephant Video