“Nothing good ever came out of a divorce,” he said.

Recently, I was having breakfast with another divorce attorney. He and I had both been practicing law for more than 20 years. That’s where the similarity ended. I listened as he told me war stories of divorces gone awry and, at one point, he spoke the words above.

I let him continue until the plates were cleared and when the opportunity arose, I decided to question his theory. “I think many good things come out of a divorce.” He looked at me quizzically, so I began to list the ways I felt divorce was good:

Unhappy people are given a chance to find happiness.

Children don’t have to listen to their parents fight.

People who are cheating on their spouse can come clean.

People who are being cheated on can start recovering from the hurt.

New lives can be started.

Relationships with other family members can improve.

People can explore things they’ve always wanted to do.

Children can develop better relationships with their parents.

The sexless can have sex again.

The emotionally abused can find themselves again.

I could’ve continued, but he wanted to talk about the economic effects of divorce; retirement, child support, spousal support, dividing financial accounts and assets—weren’t these things bad? I countered by asking how important is all the money in the world if you are miserable?

In my 25-plus years as a divorce attorney, I have seen so many people who have been managing within their marriage but certainly haven’t been happy. Along with the unhappiness comes strained relationships with children and family. Problems with performance at work isn’t uncommon and addictive behaviors abound. Many times the marital home has become a pressure cooker and domestic violence occurs.

When the children are in the middle of this it can cause long-lasting emotional damage to them. I’ve seen people bounce back after a divorce and come out far better off financially. The stress of being unhappy at home can wreak havoc on a career. It can seem daunting to give up part of our assets or move out of the house, but most of the time, the parties recover and find the money wasn’t as important as the peace they have after the divorce.

I’m not sure if I convinced the other attorney of my optimistic view on divorce, after all, we lawyers are trained to be adversaries. In my practice, I direct clients to what their future will look like. Instead of spending time on what’s gone wrong, who is to blame, and how they have suffered, I ask them to focus on what they can look forward to now.

Once people are given time to tell me the history of the case, I remind them that all the complaining in the world isn’t going to change the outcome. I urge them to look at what aspects of their life they can control.

For example, if someone says, “I don’t know how I’m going to go without seeing my kids every day,” I ask them to begin thinking of ways to optimize the time with their children. What are the activities they would love to do with their kids that they haven’t? They can still go to all extracurricular activities and see their children. They can participate in school events and go to lunch or breakfast together. They can call or FaceTime them. They can text. Some parents report that the relationship with their kids improves dramatically after a divorce.

If people have been married for a long time, they are sometimes concerned about being alone. I ask them what they would like to do if they could do anything. One woman said, “Instead of cooking and doing dishes, I would like to just order something and sit in front of the television.” She went on to tell me how many meals she had made throughout her long-term marriage.

Another client was thrilled when she got divorced because she could visit her grandchildren as much as she wanted now. A male client told me he was going to get the motorcycle that he had always wanted. Another man decided to take his RV around the country and travel.

For the thousands of people who I have represented over the years, divorce has by and large been a positive experience. It’s a chance to start anew. It is all up to the parties involved. You can keep talking about how horrible it is or start looking for ways to make the most of this newly single status.

I stand firm on my belief, divorces can be a good thing. 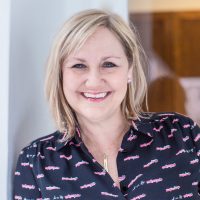 The 4 Stages of a Good (Read: Healthy) Divorce. What Elizabeth Gilbert’s Divorce can teach Us about Relationships.
See relevant Elephant Video