My Divorce Taught Me how to Fight.

My divorce taught me how to fight.

The itch of a spirit that refuses to eat what it’s served or settle for less than its destiny. I’m talking about divine outrage. I’m talking about that muscle in us that knows how to peel itself back up in the ring. Knows how to steady itself after a long storm and keep pushing toward the end of the rainbow. Toward the pot of gold.

It’s been exactly two years since my divorce, and I’ve been remembering what an old therapist said one time.

I had mused that maybe I was scaring myself unnecessarily. That maybe divorce wouldn’t be so bad. These were the days when I spent all of my precious life force energy on pro/con lists, negotiating with my misery instead of addressing it, and seesawing endlessly between the reasons to stay and the reasons to go. And these were the days when Gwyneth’s fateful “conscious uncoupling” paradigm was all the rage.

I had started to fantasize about some kind of third option between going and staying where I left my husband but didn’t go far, and the kids could walk between houses. Everything would be fluid and easy and amicable—like one extended household.

If you’ve ever met my ex, you would understand just how delusional this thinking was. The heart of the reason I longed to be free from our partnership was because fluid and easy and amicable were not part of his value system. My avoidance around divorce stemmed not from a place of love but from a secret knowing, on a soul level, of how horrendous our split would be.

There was an apocalypse brewing on the horizon, and it felt unavoidable.

But, back then, I used all my might not to let any of this into my consciousness.

My therapist furrowed her brow ever so slightly. “You know,” she said, “in my experience most divorces take about two years to recover from in terms of life disruption.”

That felt like a crazy long time to me, sitting in her office that day, my whole life still intact and whole and manageable.

She doesn’t get it, I thought. We’re going to break the mold. We’re going to be the special case. Because I’m not your average disenfranchised woman facing down the barrel of midlife. I’m a manifestor. I’m a magic maker. I’m a spiritualist. I’ll find a way down this rabbit hole and out to the other side in record time.

I was also a masochist, but I left that off the list.

I was someone who’d had zero positive modeling around love and relationships who expected herself to win the gold in every race, regardless of the fact that she didn’t have a coach or proper training under her belt.

I was still living, in those days, with fundamental confusion about being intuitive, (which I am, and highly so) and expecting myself to just figure out the impossible and make it amazing all the time. I had no idea what I was doing. I had no idea what it meant to go up against my ex in a legal battle, which would involve the splitting up of our company, worldly possessions, and children.

I authentically balked at my therapist that day and told myself that against all odds, our divorce would be easy.

Maybe this kind of delusion is necessary at times of extremely sh*tty choices. To stay was to die. To leave was to die. To remain in stalemate position between the two felt intolerable. Maybe delusion is a tool of mercy in certain circumstances. Like that rush of endorphins when we’re in brutal pain.

I would never have moved forward toward my freedom if I hadn’t convinced myself that my divorce would be the exception to the rule and surprisingly quick and smooth. In reality, it was just as awful as my soul knew it would be.

But here’s the thing: even though my therapist was right and I’m only recently finding, after two years post-divorce, that sense of equilibrium and rootedness and calm in my life again, I’m also finding something else: I miss the turbulence in certain ways.

In the early days after my marriage ended, when the ink was barely dry and I was still utterly numb and shell-shocked, I longed to feel things again. When the feelings started coming back, but they were dark and uncertain and scary, I worried I would never recover my former self again—that she had been structurally damaged or altered.

As she’s resurfaced lately, at the two-year mark, I find myself worried about something else: can I live with the energy and focused momentum of my sacred inner fight if I’m no longer in the war zone? Can I harness the warrior and put her to work on behalf of peace and healing?

There is no wall left to climb. Just an open meadow to find my way across. There is nothing to win. Just something to discover. A kind of freedom to inhabit.

When we’re walking through fire, all that matters is one step and then the next step, and the idea that there is an end point we can reach where the acuteness of our suffering is over and we can live with joy and peace again.

In the midst of my divorce and for a while afterward, my nervous system was so hijacked I couldn’t read a whole book, only articles at best. I couldn’t watch a movie from start to finish, only short episodes of meaningless shows. I couldn’t sleep for more than an hour or so without waking up.

I don’t want to say that I miss living in a state of emergency, but I do want to honor the importance of what that test of my faith and strength cultivated in me. And as my life continues to normalize, I don’t want to be normal. I want to be special. Awake. Aligned with the spirit of that fight that knows how to endure—how to face the insurmountable and transcend it. With grit. And with grace. 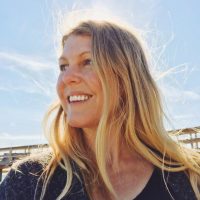 A Fairy Tale Recipe for Divorce. How to get Divorced & not want to Die. How to Get Divorced like a Grown Up.
See relevant Elephant Video