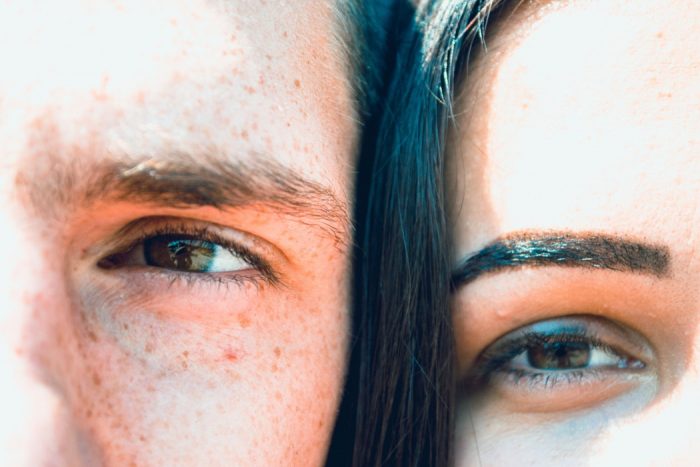 To hear people talk about it, divorces come in two varieties: amicable or messy.

The reality is—just like with marriages—each one is unique and challenging, and different at various points in the process. Since I believe a big part of getting divorced “like a grown up” includes not airing all of the ups and downs in public, my own divorce is something I haven’t written about much at all. There is a temptation when we get to the point of a break-up to re-write history. We were never meant to be together. I hate him or her. It’s been terrible the whole time. Well…maybe. But not usually. One of the most helpful things I heard during my divorce was that the fact that divorce is the right choice now doesn’t mean that getting married was the wrong choice then.

The following are things I’ve learned along the way—from my process and from listening to friends and family share their own stories.

10 things to consider that will help you divorce with compassion and integrity:

1. Accept that there is no bad guy. Unless we are talking about an abusive situation, no one person holds all of the blame. Two people got married. Two people are ending the marriage. In the million steps in between those two points, both of you made mistakes. Don’t fall into all of the cliches surrounding divorce by painting each other as horrible people; 99.9 percent of the time it isn’t true.

2. Assert your boundaries clearly and without accusation. Chances are, especially if you have children, the divorce is not the end of your relationship with this person, but the beginning of a different one. If you want her to call before she stops by, ask. If there are things that make you feel uncomfortable, let him know before they become a problem. It doesn’t need to be an accusation, just say what you need and be done with it. Bonus points for doing it when you aren’t upset.

3. Don’t bad mouth your former spouse to your children. Ever. I hate when people do this. The people this hurts the most are the children. Your kids love both of you and want to please both of you. Disparaging your former spouse to (or in front of) your kids is confusing and hurtful for them. Divorce is hard enough on kids without that. If you don’t like the parenting choices your co-parent is making, talk to him privately about it when you are calm. And pick your battles! Each parent brings different things to the table. If you’d prefer your children eat all organic food and their mom is feeding them McDonald’s twice a week, you may need to let it go. Don’t go to war about every little choice; whenever possible, it’s great to back each other’s choices up to keep both homes feeling secure and familiar for your kids.

4. On that note, don’t bad mouth your former spouse at all. Get a therapist. Choose one or two discrete close friends or family members who you can share openly with and vent to. The things that went wrong or didn’t work aren’t anyone else’s business. Don’t turn your Facebook wall into an ongoing soap opera. Don’t turn the next year of your life into a constant bitchfest about your former spouse. In other words, don’t bore everyone with your ranting about David Lindhagen:

5. Let go of old scripts about what divorce is. We all have baggage from our families—and even from TV and movies—about what divorce is like. She’s going to try and take all his money. He’s not going to show up to pick up the kids. We’ve all seen examples of doing it badly. I know for a long time during the process, even though I knew it was necessary, I didn’t want to be divorced. It wasn’t that I wanted to stay married, it was just… I didn’t want to be that stereotype of a bitter divorcee who is angry and sarcastic and hates men because of what she went through. That isn’t me. Once I realized that how I dealt with it was my choice—and not some caricatured stereotype—it was much easier to let go.

6. Don’t worry so much about who gets the stuff. When you feel that visceral reaction about having to part with some piece of furniture or an old DVD—it’s not really about the stuff. The stuff is replaceable. Many people use this part as a way to hurt each other, to stick it to the other person. Find it within yourself to do the opposite. This is a person you once loved. This is a human being who deserves to be treated with compassion—this process is painful for both of you. When you have an opportunity to be compassionate, do it.

7. Take time to mourn. No matter how amicable it’s been, no matter how relieved you are that it’s over, no matter what—this is a loss. Don’t short change yourself on the grieving process. It’s okay to be sad about it. Being sad or feeling regretful doesn’t mean you made the wrong choice; it means that you are grieving the loss of what you used to have together. Even if you felt sad about how things changed during the course of the marriage, there are parts of that that may not really sink in until you are apart. Part of getting to acceptance and being able to move on is being patient with yourself as you grieve.

8. Take time to celebrate. When you are done mourning, celebrate. Or quite possibly, you will have alternating moments of the two along the way. If there are things you stopped doing for yourself while in your old relationship, revisit them. Get creative. Go out with friends you’ve been neglecting (and don’t spend the time venting). As cliche as it sounds, it’s not just an ending, it’s a beginning. Make friends with yourself again in a way you may have forgotten to do. Be kind to yourself by being patient when you are mourning, and then be kind to yourself by remembering that you don’t have to mourn forever.

9. When you lose it, apologize. It’s going to happen. You are going to have moments where you push each other’s buttons and don’t respond graciously. When you catch yourself, stop. Walk away. Take some time. And then apologize—and mean it! It doesn’t matter how much you feel like the other person deserved what you were dishing out. Apologize anyway.

10. Let it go. I’ve always loved that saying (that probably wasn’t said by Buddha) “Holding onto anger is like drinking poison and expecting the other person to die.” Forgiveness is never just about freeing the other person, though that’s important too. Forgiveness sets you free too. If we keep holding on to every little (and big) hurt we’ve ever received, how can we have room to let love in? Making peace with your former spouse doesn’t just improve that relationship and make things easier, it allows you to move forward and extend that peace into your other relationships as well.

Our relationships change us. They shape us and help us grow.

When a relationship ends, we get to choose whether it makes us bitter or whether it strengthens us. Love isn’t something on our bucket lists that we do and then check it off and move on. The ending of a relationship isn’t as simple as changing your Facebook status. It hurts, but it’s a hurt that’s part of growing and getting stronger. Some people choose to close up and shut others out in the face of these painful changes, but we don’t have to.

Instead, we can let it strengthen and stretch our hearts so we can hold more love.