We have to stop hearing “Check your Privilege” as a Personal Attack.

Growing up, I was oblivious to the life situations of the marginalized.

I remember mocking those belonging to the LGBTQIA+ community, even before I’d reached the 10th grade. The term “lesbo,” commonly used as an insult for lesbian women, found its way into my vocabulary, and I and my friends used it to make fun of lesbian women and each other.

My prejudices continued as I entered my final year of senior school. We would mock a boy we knew for his stereotypical “feminine” nature, and often used to call him “chakka” (a term that is often used as an insult toward the transgender community in India).

It was only in college—where I met some of the members of the LGBTQIA+ community and heard their coming out stories—that I realized how guilty I’d been of perpetuating prejudices. I had no idea that these prejudices were what the marginalized were fighting against, and which denied them the ability to exist as free individuals.

As these realizations dawned on me, I acknowledged that my privilege made me oblivious to the everyday struggles of the marginalized.

And when the bubble broke, I began making myself more and more familiar with that community. Meeting with LGBTQIA+ people broadened my thinking.

Privileges acquired by birth are not something we choose. But choosing to be empathetic only about issues that impact us personally is to be ignorant by choice. When we choose to not see beyond our own social standing, we run the risk of perpetuating the already prevalent biases and stereotypes toward the marginalized. What follows is the deliberate silencing of marginalized voices and their continued oppression.

To undo that injustice, there is an urgent need for the privileged to do what is called a “privilege check.”

From my personal experience, a privilege check can be synonymous to breaking the bubble of learned behaviors that lead to the oppression of marginalized people.

What is a privilege check?

A privilege check goes a long way in empathizing with the struggles of the marginalized sections of the society. It means recognizing our position in society and the quality of life we come to enjoy along with that position—in comparison to others whose social positions do not allow them to have that same quality of life.

Why is it important?

A privilege check helps us to remove inherent biases and prejudices that we may have acquired through our process of socialization.

The aim is to increase our empathy toward the marginalized—as it is only when we recognize that our standing in society brings with it specific advantages, in comparison to those who have been struggling to achieve even half of them, that we begin to unlearn the values that have contributed to their oppression.

For example, while voting in elections, we often choose a party or a politician who has favored only the privileged classes. Thus, it becomes all the more important to stop voting for those who have zero regard for the concerns of the marginalized.

A privilege check is not an attack.

If you think that being born in a privileged family is not your fault and that you should not feel guilty about it, you are right.

A privilege check is not a direct attack on your life situation. Rather, it is a wake-up call for self-reflection and empathy. It is indeed true that certain privileges are ascribed from birth and thus beyond one’s control. But the values we grow up with do play a huge role in shaping our views of the outside world.

Holding prejudice toward a marginalized community—ignoring their struggles because you are not a part of that group—is a privileged act.

“But what’s wrong with choosing only to learn about issues that impact me alone?”

This is a problematic approach. Voicing no opinion on the oppression of others—or, in other words, being a mute spectator—is a privileged act.

Checking your privilege does not mean you invalidate your experience. It means acknowledging and being empathetic toward those whose experiences may be entirely different (and often worse) than yours.

Recognizing our privilege is necessary.

This does not mean you have unlimited access to the best life has to offer—truth be told, we all have our struggles. However, one needs to acknowledge that in having any sort of privilege, you still are way better off than many others.

Ignorance is not always bliss, and as a privileged person, it is easy to fall for it. To avoid this, we should be open to learning about the issues that have no direct impact on our own personal lives. The voices of the marginalized are always present—it’s just a matter of who gets heard.

After you reflect on your social position and the negative experiences you have never encountered simply because of who you are, you can then be an ally to those who are marginalized because of their identity. (But a word of caution: being an ally does not mean taking up space that the marginalized have created for themselves.)

A privilege check is an intersectional exercise that not only asks you to be more compassionate, but also works to build the kind of solidarity that we need in a society that is ripped apart by the cleavages of class, race, gender, and sexuality (to name just a few). 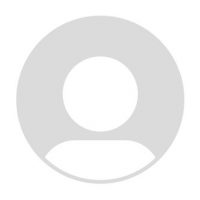 Shubhra Aswal spends her time freelancing and taking one day at a time. … Read full bio

Image: "Orange is the New Black"/IMDB