Being Kind is More Important Than Being Right 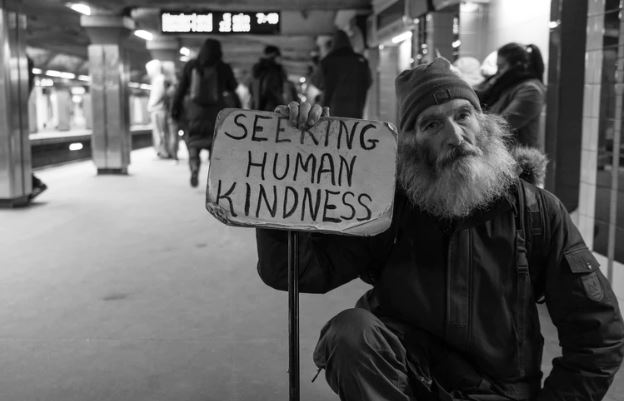 During the Brazilian presidential elections in 2018, Brazil has never been more polarized. I’ve seen people fighting, breaking up with friends and even stop talking with their families if their opinions about their candidates have diverged.

What we are seeing now are avid voices just ranting out loud. And those voices are not seeking for a solution or a dialogue. They just want to be right. And it doesn’t matter if a wrong judgment is made, intolerance and prejudice are the predominant feelings behind whatever is being said.

It seems that being right has gotten more important than anything else.

In the age of digital intolerance, the one who is kind, who is able to respect the existence of different opinions, besides his own has become rare.

How have we gone so far?

One of the meanings of confabulation is “distinguished from lying as there is no intent to deceive and the person is unaware the information is false.”

Do you know Donald, the guy who has an ordinary job, goes for beer every Friday with his friends and watch football every Sunday and just because he’s been left by his girlfriend and his boss is a jerk makes him throws up BS all over the place, without even consider what might be the reasons these people are behaving in such way. He doesn’t care if what he says about them is accurate, he does it just for the sake of feeling right. This is confabulation and we all do that in a sense.

Have you heard about the story of the 5 monkeys and a banana?

An experiment is conducted in which five rhesus monkeys were placed in a cage together with a banana hanging high on a rope outside the reach of the monkeys.  A step ladder was placed in the cage that would enable the monkeys to reach the banana. Whenever one of the monkeys attempted to climb and reach for the banana, ALL monkeys were sprayed with freezing cold water.

After a few attempts, all the monkeys learned the association between reaching for the banana and the group collective punishment of being sprayed with freezing water.  There was no longer need for the water; no monkeys would attempt to reach the banana.

The researcher then replaced one of the five monkeys with a new monkey. The new monkey, not aware of the icy water treatment, tried to reach for the banana so he begins to climb the ladder. The other monkeys pull him off and beat him.

One by one, the monkeys who had experienced the original icy water treatment were replaced by a new monkey.  With the introduction of each new monkey, the other monkeys would attack him until he quit trying for the banana.

The new monkeys did not know about the water but they kept repeating the same behavior as the others.

Are you a crowd follower?

A common behavior in today’s society, where cultures, behaviors, habits, laws are often accepted as a norm, without being questioned. We do things to fit in, to belong and to be accepted. As the monkeys and Donald, we don’t know why we’re doing such a thing, we’re just repeating a pattern.

Take fashion trends as an example. You can use fashion as a way of expression and personal preferences as well as a way to be accepted and to impress others. Following trends to show status is another way to get approval.

And like Donald, they just want to be accepted. To fit in. And we all do that because it’s in our nature.

But in the 21s century, we’re taking Donald’s behavior to the next level.

The generation who knows everything

The internet gives us freedom of speech and the possibility to stand up for ourselves. Like never happened before. But what I see is people leveraging this freedom into thinking that they possess the truth.

Having a Facebook or YouTube account doesn’t make you a knowledgeable, respectful professional in 162 subjects. You can’t discredit a professional who had studied for several years to get a diploma neither feeling entitled on a subject just because you’ve just read the best book about that issue.

What is happening now is that is getting easier and easier to judge everyone. You can simply point fingers behind the computer screen and nicknames.

Now you possess the power to type all bullshit you want. Without thinking about the consequences. Without thinking of how this comment will affect someone else. Without checking further if that person has credentials to speak about that stuff.

There is a quote from Brené Brown that I simply love, which is:

“If you’re not in the arena getting your butt kicked too, I’m not interested in your feedback.

There is a difference between constructive feedback and criticism. And that’s what the intitled person doesn’t know.

Moreover folks, we’re losing empathy towards each other. We’re losing the capability of comprehending and respect the fact that every single person has the right to have a different opinion. And this is beautiful things is called point of view.

This extremism of owning the truth and not respecting others has gone too far and we’re seeing polarities taking paths of violence, greed, cruelty, and ignorance.

“Kindness is a language which the deaf can hear and the blind can see.”

Where are the respect, love, and compassion we’ve learned from our parents and family, read in books, watched in movies? Where is the respect towards a divergent opinion? Where is the kindness?

If you appreciate respect, respect others. If you enjoy empathy, be empathic. Be and act the way you expect people being with you.

I’ll finish this article with a quote I’ve seen written in a restaurant’s toilet:

“What is better: to be right or kind? Be kind. Because when you’re kind, you’ll always be right.” 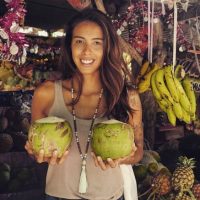 Camila Santiago, a Born Brazilian, but now a citizen of the world. Her passion for traveling made her embrace the laptop life. Camila’s house is her backpack, her yoga m… Read full bio