How One Question from my Therapist helped me Realize how much a Soul can Handle. ~ Ryan K. Russell

Last week, Russ was on the front page of ESPN, the NY Times, featured on CNN—he became the first gentleman to come out of the closet of any of four major sports leagues.

It takes bravery to come out as who you are, fully, to love yourself when our shameful society tells you to be ashamed. Russ, you’re my hero—you’ll make it easier for other young humans and your peers to embrace who they are, fully.

We discuss this brave, vulnerable decision to come out of the closet after a lifetime of shame as the only openly LGBTQ player in any of the four major sports leagues here. ~ Waylon

My therapist asked me a simple question.

It was our first time meeting, and I’m sure it’s a question most therapists ask clients paying them too much to do too little.

The question was: “What brought you here?”

Now me—having just dropped surmountable money for this session, being an excessive overthinker, emotional as all hell, and a bit of an asshole—I wanted to give a clear and concise answer. I really wanted to sit with this.

Her walls were filled with bookshelves, but not many books. Slogans like “the change starts within” were everywhere. The couch wasn’t comfortable, so like I always did, I settled into something less than what I deserve.

Well, what brought me here was my two feet—they are constantly only falling for the wrong people.

Oh, then my Jeep Wrangler, with more seats than people I trust. But what really made me turn that knob was this not-so-irrational thought that at 27 I would die alone.

She asked why I was afraid to die alone, and I clenched my fist in rage. I told her:

This isn’t going to work if you don’t listen carefully. I said it was a thought, not a fear.

She asked if I was a threat to myself or those around me and I told her we had bigger fish to fry. My therapist didn’t like where things were going, so she attempted to do something the diploma on her desk insinuated she was good at. She said, “No no no, let’s start from the beginning.”

Maybe people pay a therapist to be vague, and actual constructive conversation is an upcharge. But I couldn’t afford that right now, I was still waiting for the love on back-order from my ex.

Was “the beginning” the abortion they begged my mother to get when she was pregnant with me in her teenage belly?
Was “the beginning” when my stepfather died on that motorcycle, the liquor on his breath stronger than the smell of his burning skin.
Maybe “the beginning” was cancer growing in my best friend’s spine.
Or are we talking the type of beginning where the blade starts at the bend of my elbow and then goes down to the base of my wrist?

Because, Mrs. Therapist, all these sound like endings to me.

We can talk about all the relationships that started with me enamored and ended with them under another.
We can talk about how the drinking started out as late night fun and ended up as early night sedation.
I would like to talk about how this started off possibly being beneficial, but now it’s ending with me feeling like I’m doing your job for you.
Because if you want to start at the beginning and now we’re talking about endings, what the fuck am I doing in the middle?

You see, at the beginning,
The true beginning,
When I was infinite space, time, love, and joy,
I was free.

I had no skin color to fear.
I had no religion to shame.
I had no sex, no gender that limited who I could connect to.
I was addicted to existing, instead of existing to be addicted.
I was as small as a grain of sand and as large as the morning star.
I was warm like a summer breeze and strong as the tidal wave.
My soul couldn’t see the end of itself.
And oftentimes, I wonder what omnipotent force would take all that I was and attempt to trap it in something as pathetic as human existence.

So Mrs. Therapist, I’m sorry if you find me defensive, because my soul has no beginning nor end. 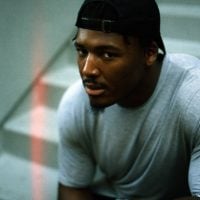 Ryan K. Russell is a professional football player in the NFL, a published poet, author, and artist. He began writing around the age of seven when he lost his stepfather in a m… Read full bio

I’m a Therapist, but I Won’t Fix You: 5 Questions that can help us Help Ourselves. Self-Help is Bad for Us.
See relevant Elephant Video