“Where’s my F*cking Top?!”—How Sharing a Room made me a Minimalist.

I raged in a 15-year-old full-blown meltdown at my younger sister by three years, who was my unwelcome roommate for the majority of our childhood.

“I don’t have it,” she would stubbornly deny—all the while stuffing the cigarette-smelling top she’d worn to Friday night’s youth club down the side of our pine bunk bed.

It’s true that I rallied vehemently against sharing a room for most of my life. The fight for space, possession-stealing wars, and a complete lack of privacy didn’t make coming-of-age easy.

I envied the girls in my class who had the luxury of making their room their own. “You’ve got a double bed?!” You must be a princess, I’d think.

With only 50 percent of the room available to me, learning how to personalise my small space, limiting what I owned, and prioritising the display of certain possessions over others became a way of life. It would also influence my home-making behaviour long into adulthood.

My first experience of single occupancy was at university. I deliberately covered every inch of a space the size of a naval cabin with my worldly belongings—a rebellious middle finger to the oppression of once sharing space.

As I upgraded from a dorm room to a room in a shared house, I continued to proudly display my eclectic mix of charity-shop bargains and childhood possessions in clear sight, as a car-boot salesman would show off his wears.

At 28, after several years of living in shared accommodations, I was finally able to afford rent on my very own one-bedroom flat. And I took to “nesting” with all the repressed enthusiasm of a beaver building her first dam, messily and with no care for the “proper flow.”

Seeing myself reflected in the objects occupying every space in the flat felt liberating—at first.

But after a while, the explosion of stuff that laid waste to every room had the opposite effect. It brought with it a kind of dysfunctional chaos—with every new expression of self layered on other objects, everything became a mess, my personal space felt smaller, and, in fact, my identity felt less well-defined.

The bigger the place, the more stuff I felt I needed to make it feel like home. But, the harder I tried to do that the less homely it felt. The build-up of too much stuff was starting to negatively affect my well-being.

There was the ornate, glass lamp with a large satin shade, a wardrobe full of bargain buys, and surfaces decorated with souvenirs brought back from my travels. The things I’d bought to remind me who I was started to close in on me, suffocating every thought.

Until only one thought remained: “What does it all mean?”

The clutter on every surface became irritating, the comfort dissolved, and I couldn’t relax from thinking, “Do I need that?” I couldn’t even look inside my wardrobe without hating myself a little for wearing only a tenth of its contents.

I suddenly wanted rid of it all. But purging myself of my possessions and reverting to small-space living went against everything I’d been fighting for my entire life. I was confused. Surely happiness is found in stuff, not with it? At least that’s what early years of advertising had me believe.

Apparently, feeling overwhelmed by things is not unusual. Recent studies confirm how household clutter can indeed impact our stress levels, and is particularly true of women and older age groups.

Too much stuff can also negatively affect our well-being in other ways, like by reducing our productivity levels, which makes us more likely to procrastinate over activities that may improve our quality of life, and become dissatisfied with our lot, according to psychologists.

Most alarmingly, in Current Psychology 2017, Procrastinators and Clutter: An Ecological View of Living with Excessive “Stuff” (37,2), Professor of Psychology at DePaul University in Chicago Joseph Ferrari (et al) wrote about how an overabundance of possessions can negatively impact our sense of identity—without seeing ourselves reflected back in our immediate environment, our sense of home can be displaced.

Three years ago, when I sold all of my stuff to pursue peace in simplicity, lifestyle concepts like Hygge, minimalism, and tiny house living were only just gaining traction. Now, thanks to the work of The Minimalists, Marie Kondo, and other non-conformists, unconventional living and a less-is-more mentality is more widely understood and accepted.

How I would love to go back to my 15-year-old self and tell her that bigger isn’t necessarily better, and it’s okay not to have it all—in fact, she’ll feel a lot better if she doesn’t.

I would tell her that home is anywhere we feel at peace and it doesn’t need to be decorated in this season’s hottest colour, or include random, meaningless, space-filling objects.

To her I’d say, don’t be imprisoned by the idea of what you think you should have and instead find freedom in individual expression, the things that spark joy and provide space to be who you really are.

I’d also say, be kind to your sister, one day the space will feel very large without her. 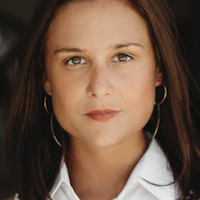 Sarah Jane Russell is a 9-5 escapist on a mission to live life to the fullest. Join her Energy Reboot! Beat Burnout, Overwhelm, and Stress — Learn How To Get Your Mojo B… Read full bio

How to Be a Minimalist (10 Tips). How I Redefined Home by building my own Tiny House.
See relevant Elephant Video