How I Emerged from the Cocoon of Codependency Destruction. 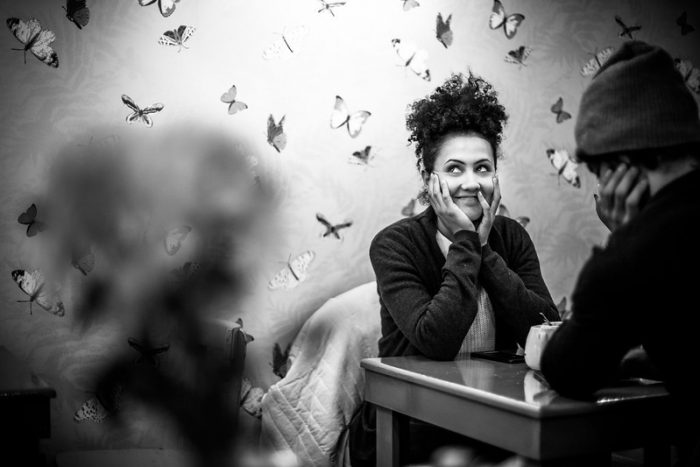 It was all so sweet and innocent in the beginning.

My first real kiss became my first love, my first heartbreak, my first everything.

We were awkward, shy, and just crossing the threshold of adolescence the first time our lips tentatively came together. Our budding romance fizzled out pretty quickly, like most junior high relationships do. However, I never stopped thinking about him or forgot that first ember of love that began in my heart.

Two years later, we dated again and everything progressed. I started to let down my walls, and allow him to really take up space in my heart. Being in a serious relationship at that age is difficult and complicated, so we parted ways again. But we couldn’t seem to stay away from each other, and found our way back together in less than a year.

Finally, we were both ready to fully commit. That was it for me. I was all in. I loved him fiercely and without fear—the way you can only love the first time. He became my best friend, and the center of my universe. I couldn’t fathom a future without him in it. I could be myself with him, and I opened up more than I ever had. I showed him my wounds, and his love helped me tie the pieces of myself together.

Every free moment was spent consumed with each other, and oblivious to everything else we were missing out on. We became completely immersed in each other’s lives. His family and friends became my family and friends, and vice versa. Somewhere along the way, we had lost our individuality. I think we both realized that, and retaliated against it in different ways.

I was offered an incredible opportunity: a trip to Europe through my school’s art department. That was a dream come true for me. Italy was at the top of my travel list. I put in all the hard work to raise the money I needed. I was absolutely thrilled as I embarked on a two-week adventure abroad. I had no idea my world was about turn upside down. While I was gone, the unthinkable happened. My love had betrayed me.

I’ll never forget the moment I knew. He called me while I was half a world a way, and he was crying because he missed me so much. He couldn’t wait for me to come home. It didn’t even matter what he said, all I could feel were the words he wasn’t saying, deep down in my soul.

It took him a year to admit it. A year of confusion and insanity. A year of holding onto an illusion I knew was no longer my reality. A year of mental instability, uncertain if I could even trust my own instincts. When the truth finally came out I was relieved, but irrevocably shattered. In a secret part of my heart, I had held onto the hope that I was wrong. No longer able to deny it, I didn’t know how to handle the anger or despair.

I didn’t actively seek revenge, but I was broken and no longer cared whether I hurt him or not. I ended up hurting him just as much as he hurt me, if not more. We broke up, and got back together several times over the next few years. We broke each other’s hearts over and over, in the name of love. We didn’t fit together anymore, but neither of us could stand the thought of the other one moving on.

At some point, I finally realized that I would never be able to trust him again. Worse, I knew I could no longer trust myself. My insecurities would always win in a moment of weakness. We had both become toxic inside the tumultuous relationship we were clinging to. I never stopped loving him, but I couldn’t be with him anymore. I needed to let him go, and find my way without him.

I was unsure of the way forward alone. I had spent seven of my formative years defined by codependency. How do you disentangle from someone when you’ve grown together at the root? How do you know where they stop and you begin? Who are you without them? I honestly didn’t know who I was anymore. In losing him, I had lost myself.

I spent the next couple of years trying to figure it out. I attempted to fill the void in my heart any way that I could. I tried to find solace at the bottom of many bottles, in an effort to numb the pain. I made many terrible decisions, and broke my own heart a hundred times. I constantly tried to put someone else in that place, while simultaneously keeping them at arm’s length. I couldn’t bare the thought of allowing anyone to get close enough to hurt me like that again, but I didn’t like being alone. I’d draw someone in, and then subconsciously push them away if they got too close.

Many years of self destruction and heartbreak later, I finally figured out the underlying factor causing all my relationships to fail. In the midst of my second identity crisis, I realized that I had never learned to love myself.

So, I took the time to find out who I really was. I put in the hard work to feel and heal my damage:

I chose to fully accept myself despite my flaws.

I forgave myself for my mistakes.

I transformed all the love I had inside me, and redirected it back at myself.

I discovered the things I truly enjoyed, and learned how to be happy on my own.

I stopped seeking external validation, and found approval within.

I finally emerged from my cocoon of self-destruction, and became the woman I was always meant to be. We all lose ourselves sometimes, but that’s just another important part of the journey.

F*ck Codependency, I’m Out: Breaking the Cycle, not Your Heart. Getting Over the Fear of Abandonment—A Letter to Those who’ve Been Left. Attachment: the Cause of our Suffering & the Key to our Liberation.
See relevant Elephant Video