How a Generation of Secrets manifests as Unhealed Traumas. 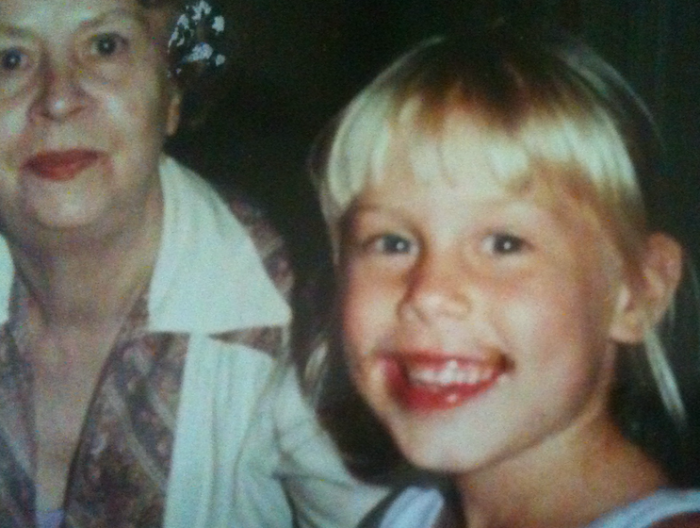 There is something to be said about secrets.

They are soft and sacred—delicate truths, honorable in their ability to inflict agony on their keeper. They are juicy and sought after, and yet, their revelation is a true apocalypse.

It is an ending of worlds, of reality as we know it when the truth is revealed. All secrets are worthy of protection, otherwise, they would not be untold. But secrets become heavy and stagnant; left ignored, they can ruin a person. They can ruin lives.

I believe that all secrets have an expiration date, for the nature of life is to expose the truth.

People tell me their secrets. I suppose I have one of those faces, or perhaps I’m such an empathic magnet that my gravitational pull sucks those who are hurting straight into my vortex. I have a history of feeling other’s emotions better than my own and a sense of curiosity for the other that is palpable.

When someone shares a secret with me, it’s as though I can see the small, lost, precious child inside so clearly, if only for a second. In these moments, I feel like a modern Persephone, braving the liminal world and the threshold crossing, a guardian to the gates of the underworld who helps lead people safely to plumb the depths of their darkness. I feel as though I help return them to the innocence of another time.

I went to a lecture in Manhattan recently to hear Frank Warren, the creator of PostSecrets, speak. He explained that he didn’t know why he had created PostSecrets until secrets started to arrive that reminded him of his buried past. He invited audience members to get up and share their own secrets via the microphones placed in the corners of the room, and people stood up, voices trembling, bodies shaking, to share their pain with a group of strangers

This got me thinking about what I too had buried; what undisclosed weight was silently crushing me. I’m certain we all have at least one or two things about ourselves that we would rather never, ever see the light of day. However, there are ones that may do more help than harm if we decide to share them with whomever will listen.

I come from a background of generational abuse. It took nearly four decades for the truth to come out about the abuse that had happened on both sides of my family—or rather, it did not simply emerge, but I stalked the information. I had conversations with family members that not everyone was willing to or comfortable with having. I asked the difficult questions.

The abuse trickled down in different ways to my own parents, neither of whom could have known exactly what they were up against.

I did not know that it wasn’t healthy to be numb, to fear my anger, or fear feeling my feelings. I was afraid that if I felt my anger, the power of it would destroy my relationships or that I would lose control. I decided that giving up my power was safer; I decided being passive-aggressive was the better choice. I was afraid that if I started to feel the depth of my sorrow or the immensity of my depression that I would fall deep into a hole that I could never pull myself up out of. I thought I would go crazy or kill myself.

I didn’t know that it wasn’t normal to live passively, simply choosing not to show up for fear of being seen and for fear of how that might endanger my life. I thought that I was well-adjusted, functional, and available for intimacy. In fact, I wasn’t even aware that I was numbing myself, avoiding my feelings, or of how hard I pushed myself until my retina partially detached and I nearly went blind in my left eye. I had to either decide to look at the truth or continue to ignore the signs.

When I was about five years old, I had a doll named Megan. Megan was my “bad doll” and when she misbehaved, I would punish her. I would put her in the dryer and turn the heat all the way up and listen to her hitting the side of the machine until I felt like she’d learned her lesson. Or, I would put her in the freezer, or sometimes throw her into refrigerator’s bottom drawers and slam the door behind her. She needed to stay there until she learned her lesson or until I felt like retrieving her.

There was an intensity, a desire to obliterate her because she did not deserve to exist when she was bad. Even at that young age, I was very much in touch with the unspoken shame that permeated my family tree. I remember my feelings toward Megan so clearly. The feelings of anger and hatred were so strong—I was projecting onto this doll, having no idea where these feelings were coming from, but I was acting them out nonetheless.

Whose story was I acting out on Megan?

My sisters remember me doing all of this with a sort of levity and confusion—they even laugh about it. This is an entirely normal reaction. I too remember laughing it off as something silly until I discovered what I was doing: I was reenacting the family secrets.

As the years further separate me from these events, I realize there is nothing funny about them. It’s a sad, untold story of deep pain. The more I learned about codependence and shame, the more it made sense.

Children are energetic sponges—if you happen to be an empath or highly sensitive person, you may have sponged more than your equal share of the family shame. Family secrets are not truly ever secrets because what is not healed will be acted out in the lives of the offspring. This is the warning call—you will one day watch your repressed and unhealed trauma projected onto the blameless screen of your child as he or she grows up.

My own secret is this: I’ve been afraid to have children because on some level, I fear that I will abuse them.

This bold statement is too scary to not qualify, so allow me to explain. Do I think I will psychologically and physically abuse my children in some extreme way? No, I’m afraid that the abuse will be subtle and confusing, that it will make their life harder than it needs to be. I’ve always wanted a family of my own, but I have to be honest about why I haven’t had children yet.

In my time, I have done a lot of work and healing, but I sometimes worry it won’t be enough. I’m afraid that my partner and I will pass on the unhealed trauma that remains. And the truth is, we will. We will never heal everything and we are not perfect. Nor can we ever be. This world is not as pure or as gentle as it needs to be for the likes of the innocent.

But there is the thought that lingers and stings: my fear of inflicting a certain fate on my unborn child.

What I know is that abuse lives on. It seeps out in different ways, shape-shifts, and twists like an unseen devil, and can be sweet as pie and unassuming. If we are abused, we will abuse others unless we break the cycle.

What I’ve learned from all the secrets I’ve collected is this: we aren’t just living our secrets, but someone else’s. The shame remains in the nightmares and depraved fantasies that you won’t act out…or at least not until you lose control. I know this and I know it well. It can deceive you and the ones you love and take everything that you hold close to your heart unless you are willing to disarm it and love it. It is up to us to take responsibility for the truths that lie awake within us now.

There is nothing more powerful than the moment another person tells your truth with their own words. A relative of mine told me a similar story to mine about the dolls, completely unprompted. It shook me to my core and reminded me that I am not crazy. I am not alone. What I have learned from honoring people’s secrets is this: we are not alone.

As humans, we all know shame—the story may be different, but our shame unites us. Shame tells us that we aspire to be better, that what we have done is not who we really are. It doesn’t have to be a life sentence. The torch has been passed and we must be the bearers of light to these dark corners of our unconscious. My own shame is much a part of me as anything; it is my gift of the burden from my unawakened lineage. I can choose to orphan it and banish it to the shadows where it will emerge unpredictably when it becomes starved of attention, or I can take responsibility for it and let it meet the world as one of my own.

These secrets are opportunities, they are our unhealed traumas showing up in our lives as lessons. We can either choose to confront them, face the truth, and evolve our line or pass the buck. Once you decide to enter into the temple that is your center and accept it, learn about it, and take on a practice of compassion and curiosity, it can become fully integrated. You won’t be beholden to your secrets and you won’t stand inside a cage of your own making, unaware that the keys are in your hands.

It can be tempting to live in guilt or shame over allowing events from the past—where we acted out of accordance with our values—to define who we are for the rest of our lives. We are not defined by our past, but by what we decide to do about it.

I choose to show up, stand up, and bravely heal no matter how uncertain or messy that may be. It’s up to me to right my wrongs. It may not have begun with me, but I can choose to end it.

“The children most wounded by the world are usually the adults that help heal it.” ~ Frank Warren 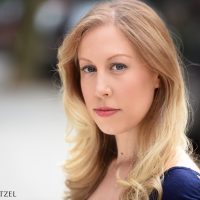 The Answers we Seek are in the Lies we Tell. Survival of the Under-Nurtured: How I Healed myself from Childhood Trauma.
See relevant Elephant Video