It is Time to Talk about Boycotting Brazil. 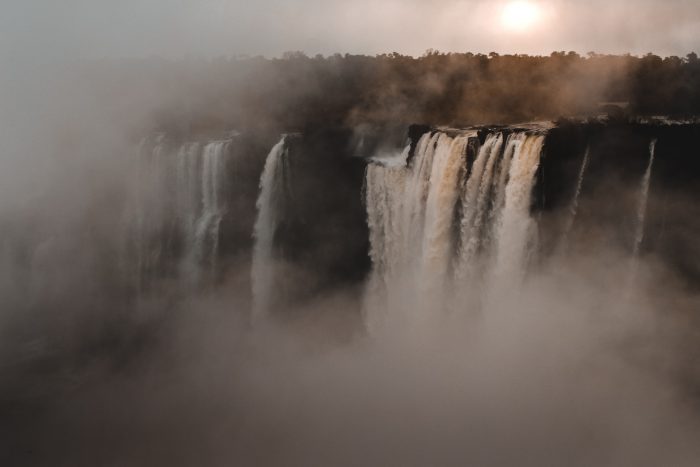 Shortly before being elected president of Brazil, Jair Bolsonaro was nearly killed in a stabbing attack, which perforated his lungs and liver.

The attack was carried out by a man claiming to be “on a mission from God,” who was quickly portrayed as mentally unstable. Future generations may conclude the knife attack finally did humanity in by winning him the presidency, or they might just as well conclude we came within inches of saving the planet.

In either case, it highlighted the astonishing stakes of the case.

The way Bolsonaro spoke of developing the Amazon should have made it clear he presented an imminent danger to all life on Earth. The rain forest is home to countless species, making its destruction a concern to ecologists and nature lovers alike. But trees grow on carbon, which they absorb from the atmosphere, and the rain forest is the world’s biggest carbon sink, accounting for a quarter of its absorption worldwide. So, razing the Amazon would dramatically increase global temperatures by releasing vast stores of heat-trapping gases into the atmosphere.

However, Bolsonaro was not simply talking about developing the Amazon. He praised the American calvary for decimating its native population and spoke of giving “a rifle and carry permit to every farmer.” And since, like the American pioneers, Brazilian ranchers and farmers often kill native inhabitants to steal their lands, his intentions were clear. There are over three hundred tribes, with close to a million members, scattered across a multitude of reserves, making the deliberate destruction of their homeland tantamount to genocide.

It is hard to imagine a case short of nuclear holocaust wherein the genocide of a people might lead to the devastation of all. But the destruction of the Amazon would set off a series of chain reactions whose ultimate consequences might be devastating. The heat-trapping gases it released would lead to a dramatic increase in global temperatures, causing wetlands to dry out and still more forests to burn, thereby releasing more greenhouse gases, ratcheting up temperatures still further in just the kind of snowball effect climate advocates fear.

Hence, many came to see this one man as the harbinger of an ecological apocalypse.

Now if all of that sounds dramatic, it is nevertheless possible. And since Bolsonaro came to office praising Brazil’s dictatorship a couple of generations ago, criticizing it only for torturing instead of killing its political prisoners, and since he is still relatively young and energetic, he could have decades to unleash this spiraling rise in temperatures. So, when we began to hear reports this summer of vast infernos blazing through the Amazon, fears of an eco-apocalypse were not unfounded.

The fires were set off mostly by farmers clearing land for cultivation, and they are a common feature of the Amazon in its dry season. But the fires this year were bigger than usual, and satellite imagery made it possible to imagine a time when the whole of the Amazon might be ablaze. It was an astonishing hint at the way global civilization might meet its demise and a stunning reminder of the need for a functioning global order in a world of increasingly nationalist states.

And yet, it is hard to think about such vast and imponderable events. We tend to tack back and forth between hyperbole and denial, thereby complicating efforts to get things done. Somehow, we need to recognize the threat, imagine its consequences, assess its probability, and rationally set about preventing it. The problem is few of us can take in the profundity of what we are facing. And in the process of thinking through what it might mean, we are traumatized by own our imagination. And as the trauma ricochets through our hearts and minds, we become incapable of organizing a rational response.

But each of us can all play a part in stopping these fires through boycotting Brazil. And it seems that threats of a boycott may be the only thing that works. When Finland suggested the European Union boycott their beef, a long-standing fear of agribusiness, Brazil halted its withdrawal from the Paris climate agreement. And when Ireland and France threatened not to ratify a massive trade deal between the E.U. and South America, Bolsonaro called in the military to fight the fires.

It is often suggested that little short of military force can stop a genocidal dictator. But while the future may look grim for Brazil, Bolsonaro is an elected official in a relatively well-established democracy. And genocidal dictators have been removed from power nonviolently at least twice in history, when the Serbian electorate overthrew Slobodon Milosevic, who committed genocide in Bosnia, and when just this year Sudanese demonstrators overthrew Omar Al-Bashir, who committed genocide in Darfur.

Brazilians would do well to emulate the nonviolent strategy employed by these movements.

And the rest of us should have their backs, calling on governments worldwide to demand the preservation of these “lungs of the world.” We need to identify products to target in a boycott and pressure our governments to go further with sanctions. Indigenous groups have already called for a boycott of the agricultural companies fueling the destruction of of their homelands, and we need to listen closely to Brazilians about how a boycott could dislodge Bolsonaro from power while causing them minimal harm.

But we should recognize that the threat is bigger than the companies carrying it out, lying first and foremost with the legal incentives that make it easier for them to destroy the Amazon. These have their origins in the Bolsonaro administration, which could have decades to carry out its agenda. And while sanctions under the Trump administration may be impossible to imagine at this time, the geopolitical climate will change, just as surely as average global temperatures.

Saving the Amazon may turn out to be the most poignant fight of yet another generation.

The Amazon is Burning & we have a Choice to Make. Transcript, Video: Greta Thunberg’s fearless, heartbreaking & powerfully succinct message to the leaders of our Planet. “It’s so bad even the Introverts are Here:” the Best Signs from the Global Climate Strike.
See relevant Elephant Video