McKrae Game: what all Spiritual Healers & Therapists need to Know. 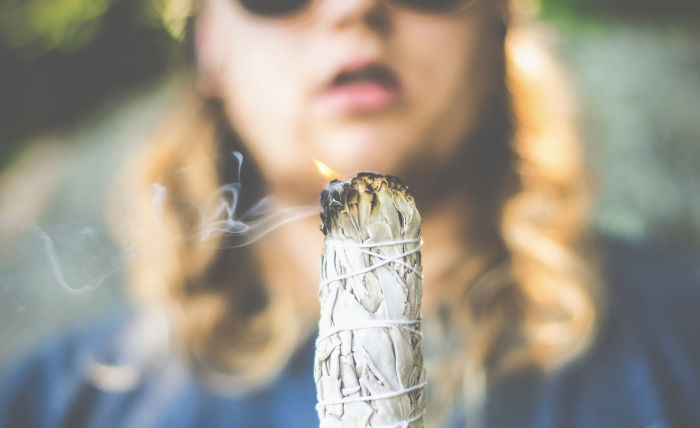 In the increasingly bizarre news landscape, one of the more startling stories as of late is around McKrae Game.

He is the Founder of one of the nation’s largest conversion therapy programs, Hope For Wellness, and he recently came out as gay.

By his own words, he stated what he has been doing “is wrong and hurtful…telling people who were or are gay that they were going to go to hell (because of who they identify as, or are attracted to). So much of what we were trying to do is change people and fix people. It’s a lie, and we have harmed generations of people.”

Mr. Game also admits he has been his own version of a “hot mess for 26 years,” knowing he himself is gay. So, aside from the fact that he only outed himself because it was about to be done to him and he wanted to “control the story,” Game believes his honesty now will lead to his own redemption. But he has blood on his hands, given one directly related suicide by one of his clients, and attempts by many others in his programs who were grappling with the pain and suffering from being cajoled into believing their “same-sex attraction sin” was just that…a sin.

So, why is this important for healing communities to be aware of? Like melting glaciers and the fires in the Amazon are alarm bells of the climate crisis, a high-profile person in a “therapeutic industry” who has inflicted his own suffering and confusion on others in a directly harmful way is another alarm bell that must also be examined carefully.

Wounded healer is a term created by psychologist Carl Jung. The idea states that an analyst is compelled to treat patients because the analyst him or herself is “wounded.” Research has shown that 73.9 percent of counselors and psychotherapists have experienced one or more wounding experiences leading to their career choice, according to a study by British counselor and psychotherapist Alison Barr. She has looked at the significance of psychological wounds of people who decide to train as counselors or psychotherapists.

I myself am the son of two psychotherapists, have leveraged various therapeutic modalities for most of my adult life to explore my own dilemmas and shadows, as well as worked through tensions with partners in couples counseling. I’ve also done deep experiential work in trauma healing, experimented with medicine journeys, and have been enrolled in a number of personal development experiences starting with Erhard Seminars Training (the predecessor to Landmark) as a teenager. I’ve done all of this as part of my own curiosity around personal development and growth, as well having grown up in a warm and accepting family environment that looks at counseling as a virtue rather than a stigma. And I’ve done this work despite having a pretty happy childhood and no major traumas. What it has allowed me to see and experience is a plethora of professional healers and teachers who range from brilliant in their work, to ones who are clearly in need of tackling their own psychological and emotional challenges first. It’s this latter category that concerns me.

In a previous Elephant Journal article on wounded healers, Francesca Fedele states, “There are many times when I’ve walked out of a one-on-one session to overcome my mental and emotional pain, and I would feel a deep frustration in my body from doubting the person sitting in front of me.” I, too, have felt the same as Francesca. I could just feel a lack of range in the healer in an office with me, a teacher, or a “transformation leader” in front of a room of people leading a process. Or worse, I could deeply feel their projections and filters. While I recognize that many Elephant Journal readers are healers, teachers, and coaches who are on their own personal development journeys, I strongly believe you have great responsibility.

Having the ability to emotionally meet clients and patients “where they are,” might be best achieved by someone who has walked a similar path; however, it does not excuse counselors and healers from an ongoing deep examination of their own shadows, darkness, wounds, traumas, and more. And what’s key here is that if someone in that role feels something that could obstruct a clean perspective or diagnosis, they must act in a responsible manner and either remove themselves from client/patient or teacher/student relationship, or at the very least, take a time-out to do whatever personal transformational work is necessary to be effective, and importantly, ethical.

I ebb and flow with several communities that are steeped in spiritual growth. I have deep love and compassion for all the community members and have some wonderful friendships that I’ve developed as a result. I have also witnessed devastating community fractures caused by a lack of ethics and/or hypocritical behavior by some who consider themselves transformational leaders. And, I personally know people who have been deeply hurt and taken advantage of by their actions. These leaders tend to be the most wounded. Some have emerged from coaching or therapeutic practices. Some have come out of deep studies in ancient spiritual practices. And, some are just charismatic hacks who co-opted the work and training of others and are in a grab for power and influence. In some cases, I have found myself disappointed and dismayed and have had to “ebb” instead of “flow” as a result.

In looking back at McKrae Game, let’s indeed look at his actions as an alarm bell to those healers, spiritual leaders, coaches, therapists, and more who have not done the inner work themselves. This also includes many who leverage social media and other digital platforms to issue advice, proselytize, promote themselves, or build an audience. Some of you are brilliant, and people benefit from what you have to say, while some of you project your own shadows all over your audience, and ultimately, do them a great disservice.

You probably know who you are, or have an uneasy feeling this could be you. If any of this resonates, I ask you—on behalf of all those who vulnerably place their trust in your advice and guidance on their innermost feelings, intimate challenges, fears, wounds, and much more—to please pause. Have a look at yourself. Do some truly honest self-inquiry. And if you can sense you might have blind spots, projections, or deficiencies, own it and do the work. 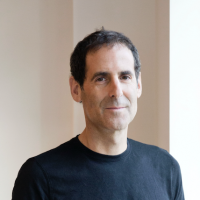 Rob Schuham leverages his deep experience in systems thinking, narrative, and storytelling to drive community engagement and action around some of the world’s most important… Read full bio