Rainer Maria Rilke on the Importance of Sadness. 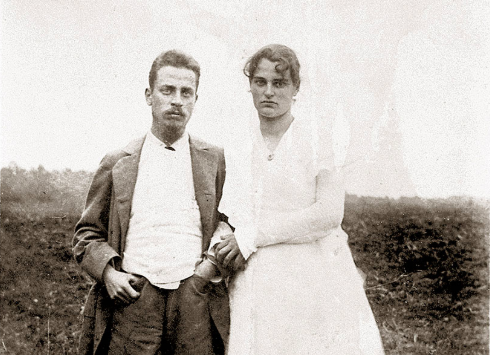 As a person with a great deal of experience on the various ways of getting high, I can say with a degree of certainty that, for myself, falling in love with a beautiful woman is right there at the top.

My summer was nothing more than a series of misleading and somewhat fictional events that had all the symptoms of falling in love but, thanks to the advent of technology and social media, lacked the physical presence of the person I was falling in love with. The two of us made plans to remedy this missing piece between the love poems I was sending almost daily and our pledges of fidelity.

The third time we met face-to-face, it all began to fall apart. The plan was that she’d be spending the night, and a little while after dinner, she shut the light out, put on an eye mask, earplugs, and said goodnight. It wasn’t exactly what I spent the summer imagining and before long, I excused myself and went to sleep on the couch. I laid there in the dark and wondered to God why I was being triggered so tragically.

The couch was where I spent the last two years of the failed relationship with my daughter’s mother—which is exactly why I was single in the first place.

I did what I think most people would’ve done: I ran through an inventory of everything that made me disgusting to the opposite sex. If a situation like this is isolated, sure, it just wasn’t working out between you and your partner. Twice, and you’d almost have to be mad and delusional to not see yourself as the common denominator.

The next morning, she got into the Uber and I knew that would be the last time I’d ever see her again. That day at work was only made worse by the fact that I got very little sleep the night before. I decided to take the next day off and try to heal myself in some way. I wanted to not feel this way anymore because, frankly, I had an income to make and children to support and I could not afford to be debilitated by feelings of self-hatred.

I laid on that very same couch that morning wondering what I could do to change my state. This is a shaky area for me because, for a majority of my adult life, I was good at changing my state. I had almost as much knowledge of pharmacopeia as most druggists. I was well-versed in what to take, how much, contraindications, and half-lives. However, not only did I just celebrate nine years of solid recovery and sobriety, I have a recovery book coming out in March—so, let’s just say that method is off the table.

My eyes fixed on that famous book by the great poet Rainer Maria Rilke, Letters to a Young Poet.

There are really no coincidences in this universe. As a matter of fact, the first letter I opened to was the one I most needed to read:

“You have had many sadnesses, large ones, which passed. And you say that even this passing was difficult and upsetting for you. But please, ask yourself whether these large sadnesses haven’t rather gone right through you. Perhaps many things inside you have been transformed; perhaps somewhere, deep inside your being, you have undergone important changes while you were sad.”

I could feel a tear fall down my cheek. What Rilke was trying to explain to his young fan in this letter was that sad events are really nothing more than the future being made manifest inside of us. He believed that the future was a fixed entity and that it was we who are moving into it and not the other way around.

Then, toward the end of that letter, he asks the young man:

“Why do you want to shut out of your life any uneasiness, any misery, any depression, since after all you don’t know what work these conditions are doing inside you?”

Everything was beginning to make sense to me by the time I reached the end of that letter. I began to realize that I will never have an answer as to why things in my life happen the way they do. All I can do is trust that they are happening to mold me and transform me and allow me to become the man I am supposed to be—not the man I wish I could be. Of course, the baser side of me wishes I were 6’2” with a chiseled jaw, living in a beautiful home with bay windows and hardwood floors.

But there is a truer and more spiritual side of me that understands that I am not here for the endless hedonistic adventure I fantasize about so often. I am here—sometimes against my own will—to feel deeply and to translate that to others along the way. This is why I am challenged with the reality I am faced with.

I must’ve read that same letter in that book almost 20 times that day.

Later that evening, I received an email from the editor at my publishing company who told me that she was so taken with my writing that she read my entire book all at once. This did not altogether eliminate the sting of a whole summer’s dream dashed in one strange evening, only time and silence will do that work, according to Rilke.

It did, however, remind me that all is not lost. That there remains some small light in the darkness. And it is that light that we all must continue toward as we wade our way through our many “sadnesses.”

When your Brain is Addicted to Sadness. 10 Reasons Why we need to be a Fool in Love. Quote of the Day: Love Your Solitude.
See relevant Elephant Video