Is that really Coffee You’re Drinking? 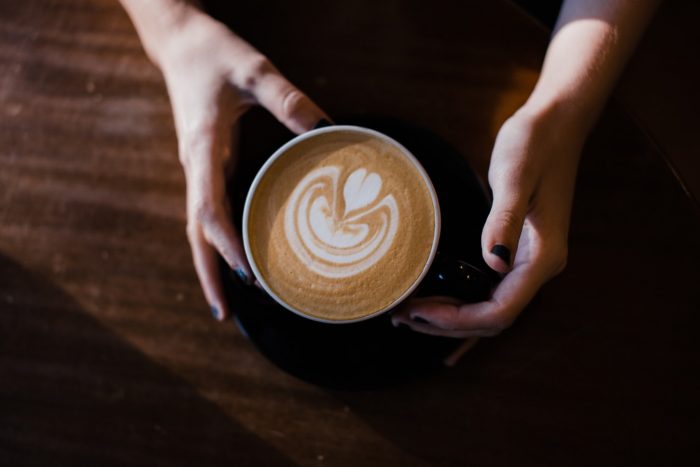 Originally, it was just a cup of coffee—black.

It was the welcome mat of choice to begin every day.

As soon as the fragrance of coffee infused the morning air, the lure of my bed began to lose its attractiveness, and off to the kitchen I’d go.

The strong black coffee matched perfectly with its aroma, harmonizing both taste and smell. A few sips and the world began to make sense.

By the time the first cup was finished, even the bills piled up on the table looked innocuous. I could now say good morning to the people staring at me from across the table, my wife and kids.

Originally, coffee could stand on its own two feet just fine, naked and black. But some of us got shy and started adding cream or sugar or both. Even though the coffee never asked for it, we couldn’t help but meddle, overmastered by craving as us pitiful human beings often are. So, for decades, cream and sugar were the options, and we were content.

Through two world wars, the Vietnam war, and the counter-culture generation of the ’60s, coffee maintained its integrity. This does not mean that coffee lovers didn’t go after taste; indeed they did, but it was the joy of experiencing coffee from different regions of the world that satisfied our taste for it. We’d share our experiences drinking it in lengthy discussions, trading our latest batch with friends, and trying out theirs. Unlike many modern teens who can’t find their city on a globe, coffee drinkers knew their geography.

I have to wonder whatever happened to “leave well enough alone” and “don’t mess with a good thing.”

Although I am guilty of curiosity, I must admit that despite trying all the iterations of coffee over the years, I still drink my coffee strong and black.

Now, it may be an unimportant thing what kind of concoction we come up with and still call it coffee, but I think it may be representative of a bigger problem with our culture, and therefore warrant greater consideration.

Read the passage below and consider what you think before reading on.

“The most stubborn living thing in this world, the most difficult to swerve, is a plant once fixed in certain habits…Remember that this plant has preserved its individuality all through the ages; perhaps it is one which can be traced backward through eons of time in the very rocks themselves, never having varied to any great extent in all these vast periods.

Do you suppose, after all these ages of repetition, the plant does not become possessed of a will, if you so choose to call it, of unparalleled tenacity?

Indeed, there are plants, like certain of the palms, so persistent that no human power has yet been able to change them. The human will is a weak thing beside the will of a plant.

But see how this whole plant’s lifelong stubbornness is broken simply by blending a new life with it, making, by crossing, a complete and powerful change in its life. Then when the break comes, fix it by these generations of patient supervision and selection, and the new plant sets out upon its new way never again to return to the old, its tenacious will broken and changed at last.

When it comes to so sensitive and pliable a thing as the nature of a child, the problem becomes vastly easier.”

In 1936, when this was written, it didn’t ring any alarm bells, but I think it would now, on every level, from those concerned with genetic engineering to human rights.

Its author was Luther Burbank, whose work with roses led to naming, in his honor, Burbank, a suburb of Los Angeles, and Santa Rosa, a city in Northern California, where he did much of his research. During his time, his work with plants was revolutionary, but now I am skeptical of its value.

It may take centuries for nature to do her handiwork, but is it not worth waiting for?

Not everything we can do we should do. And, knowing when to employ our abilities is as important as having them.

The above passage is quoted from one of my favorite books of all time, Autobiography of a Yogi, by Paramahansa Yogananda, a close friend of Luther Burbank. No doubt Burbank’s intention to help nature out was wholesome and free of selfish intentions, but I cannot but wonder what he would think now of where manipulation of nature has led us.

Would he not be similarly distraught as Albert Einstein was when he witnessed the destructive power of his atomic research?

All of us have a part to play in the direction our planet is going. For me I’ll keep it simple, and take my coffee black.

The Disturbing “Buzz” on Coffee Production. Drinking the Right Coffee for your Dosha. “Girl, just because you Can doesn’t mean you Should” & 53 other Pieces of Life Advice (straight from Elephant Readers).
See relevant Elephant Video