The Disturbing “Buzz” on Coffee Production. 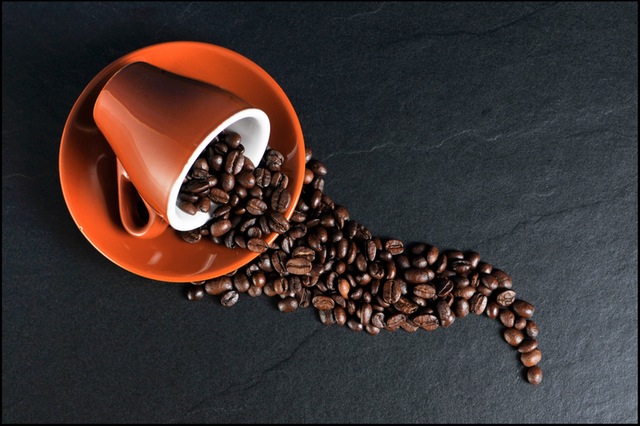 So you enjoy pumpkin spice lattes in the fall?

The rub: if the planet continues heating up at its current rate, the coffee growers could be out of business.

According to a recent report from Proceedings of the National Academy of Sciences, global warming in certain coffee-growing regions of Latin America threatens both the usability of coffee plantations and (alarmingly) the pissed off bee pollinators who can’t take the heat!

As areas suitable for growing coffee beans in countries such as Nicaragua, Honduras, and Venezuela shrink due to global warming, the question is: will any bee species stick around to offset the farmers’ losses?

Some will, but many won’t.

The report projects a mixed response by the bees to the changes in ground suitability: indications are that approximately 34 to 51 percent of areas will lose their coffee growing capacity but enjoy a diversification in bee species. While the opposite is predicted for 31 to 33 percent of future coffee distribution areas.

As Taylor Ricketts, the director of the University of Vermont’s Gund Institute for Environment, asserts in an interview with NPR’s The Two-Way:

The report cited above predicts that areas suitable for coffee growing will decline by a whopping 73 to 88 percent by 2050—a decline of 46 to 76 percent from their original estimates. Sure, that’s fine if you’re happy to brew synthetic coffee granules in the morning; but, resoundingly not so if you prefer your coffee hot, steaming, and au natural.

What will it take to pull it back?

In his legendary ballad “Blowin’ in the Wind,” Bob Dylan poses a series of rhetorical questions:

How many roads must a man walk down before you can call him a man?

How many seas must a white dove sail before she sleeps in the sand?

How many times can a man turn his head and pretend that he just doesn’t see?

As I note in my debut book, Do It Anyway: Deep Spirituality Meets Real Life:

“The refrain, ‘The answer, my friend, is blowin’ in the wind,’ has been described as ‘impenetrably ambiguous; either the answer is so obvious it is right in your face, or the answer is as intangible as the wind.’ [i] When I consider the divisive and inflammatory issue of climate change, I contend that the answer to our predicament is not to be found in the ‘impenetrable ambiguity’ of political posturing. Rather, it is to be found in the human heart.”

“Our hearts, in essence, need to be ravished with love for our earthly home and with a deep compassion and reverence for all life—human, animal, and plant. We need to restore our sense of communion and interdependence. We belong to the heartbeat of creation; we are the natural rhythm of life itself, its evolutionary impulse. Failure to restore this primeval kinship with the earth—or to inspire it in the hearts of our elected leadership—could, in the end, be cataclysmic.

The earth is a living, breathing, conscious organism. I’m not concerned about its survival. It has cleansed and restored itself before and will do so again, if necessary. But this time around, we may have gone too far. Such a deep planetary ablution may necessarily herald our demise.” ~ Chapter 12, “Batten Down the Hatches”

There are those among us who choose to bury their heads in the sand and hope that the climate question will simply go away or, at the very least, get buried under a miasma of other human dysfunctionalities around the globe. Others prefer to ride out climate change and catastrophic environmental pollution because…well, it’s only a matter of time before our technological wizards and AI supercomputers come up with the solutions to all our woes—even if such solutions include synthetic coffee beans and colonizing the red planet.

From where I stand, I’d rather support the fair trade coffee growers in their plight to stay in business and keep their bee pollinators happy.

Are you with me?