A Guide to Manifestation using the Chakra System. 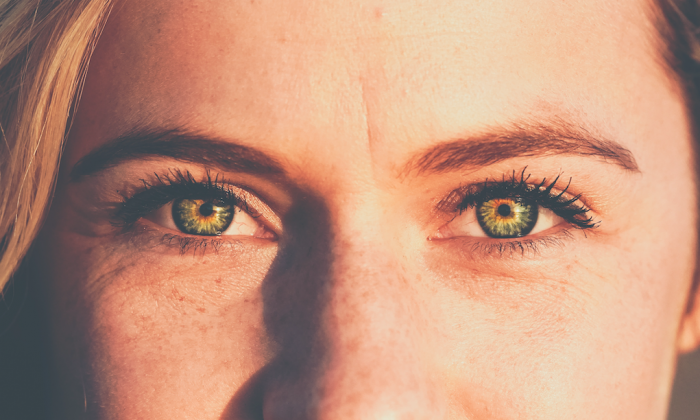 “Whether it’s science or magic, if it’s of fun benefit, enjoy!” ~ ed

The word manifestation literally means “to cause by hand.”

True manifestation is a combination of the allowance of abundant energy, an aligned being, and a resonation of high vibrational frequencies.

When a person is working from these states, he or she will naturally attract that which they desire, and that which is relevant to their experience. However, their focus is no longer on external pleasures and external form. Therefore, their manifestation, so to speak, is completely altered. It isn’t really needed or focused upon. It is a natural extension of their receptibility, alignment, and energetic resonance.

With regard to manifestation, it’s recommended you broaden the focus of what is trying to be manifested. It is easy to get stuck on material objects or objects of form—a house, a job, a car, relationships, money, connection/community; however, all of these things are representations of a specific resonance of energy that is then manifested into the physical form.

For instance, a house and a job offer safety and security. A car is ease and perhaps flexibility. A relationship is love and connection. The physical object or experience is simply a symbol of a certain energetic frequency that is occurring within the entity.

So, where to begin is always within the self—beginning to understand what is truly sought.

Is it safety and security? Is it joy, abundance, bliss, happiness, ease, connection, love? These are the actual vibrations that those apparent physical forms symbolize.

Chasing the physical form will never achieve the full embodiment of the desired vibration, aside from momentarily. But because the being itself is not resonating that vibratory frequency, there is always a seeking in order to find the next item, the next representation of that vibration.

It is important to understand that the word “manifest” already restricts the understanding of what is truly occurring.

To truly manifest things in the physical form, one must begin to experience them as the energetic form within. How does one experience joy, bliss, connection, love, ease, grace within? Once the being fully is resonating with these energies, there is only the possibility of those being represented into the physical form. Our external reality is a direct reflection of our internal reality and therefore, “as within so without.”

Connecting to these feelings, vibrations, emotions within again will automatically represent it to the physical form. And so, coming into the chakra system and beginning to see how these energies are located within the chakras can create further awareness and the potential to align the being. The chakra system is a clear representation of the ability of the being to manifest.

Within each moment, each experience, the energy of that experience is filtered through the chakras, starting with the root chakra and ascending up.

Looking at each chakra brings awareness to both the distortions and the potential.

Starting with the root chakra. People often have a distortion in this chakra, a contraction based on fear. The fear to be able to survive within the physical reality and the ability to take care of oneself and those deemed responsible for. There is often the belief within the physical form itself, thus creating the illusion and limiting belief of lack. This first contraction creates a restriction of the natural abundance that occurs within all of the universe.

Next, you have the sacral chakra. This is the space of preferences and connections. There is often the energy of attachment within this chakra. Attachment is an energy that clings. It holds on with fear of losing and therefore doesn’t allow the natural flow of energy to be created. The energy of preference often has people choosing, desiring, chasing external objects or experiences, allowing for desire to overrule or distract the connection to the Self. There is often a preference for the material world, to the form of reality.

This, however, never fully brings any fulfillment to the being, so there is a constant chase and an insatiable urge.

The next chakra is the solar plexus, which is of the ego and the identity. Within this chakra, the distortions of who one believes to be is often the vibration in which they are manifesting from. Therefore, if they believe they are “lower class,” then that is what is created. If they are deemed as unworthy from within, then they create that unworthiness outward.

Now, the heart chakra is a portal of love and can be a focal point in which the entity can focus their awareness on and connect to the One Infinite Love, and thus their ultimate truth. That will then allow them to begin to see where they are distorted within their lower chakras and allow those lower chakras to become more open, allowing for more energetic flow.

Then, when the energy is flowing, the heart works to keep the being in alignment with the One Infinite Love. No matter how abundant one becomes, they remain heart-centered, rather than ego-identified.

Distortions within the heart chakra lead to a lack of connection to the Self. This lack of connection leads to a feeling of never satisfied, never fulfilled, or not whole because the being is never connected to the Infinite Love that exists within. This causes the person to seek the preferences and desires within the second chakra, attempting to fill oneself from external sources, when all answers are actually located within the heart.

The distortions within the chakra are more about the lack of connection to the Self and how that creates a feeling of incompleteness.

So, the fifth chakra is an expression of the primary vibration that the being is manifesting from.

As for the seventh chakra, it does not directly correlate to manifesting in the physical, but the ability to connect to one’s higher self can be beneficial to understanding which path to choose, where to be, and where not to be. The more in alignment within the heart and the seventh chakra the being is, the more they will be able to align themselves to experiences that naturally create a higher resonance and abundance.

Manifestation begins with the chakras and a balancing of these areas. One can begin to see within the external reality what chakra or what experiences are being represented to them that contract their manifestation capacity. Basically, as previously stated, it is simply contracting the flow of energy that wants to naturally arise.

The safety/security located in the root chakra. Beginning to realize that, ultimately, one is not the body, not the physical form. And once this is truly understood and believed, the fear of death, of un-safety and instability within life, is no longer relevant, and therefore no longer has power over the individual.

The second chakra of connections, relationships, and preferences. This is feeling the connection with others and the ability to allow energy to flow smoothly. Not being attached to people, things, and circumstances, and seeing that any attachment restricts the energetic flow that wants to occur.

All attachments must be dissolved into expansion.

Anything that gives the being the feeling of more status or power, like a big house or a job that suggests a certain status or intelligence, is located within the solar plexus. So, the belief that this power is outside of oneself or through the currency of money is a distortion of power and self-identity. Once again, all of these lower chakras have everything do with the overall abundance of the being.

Love, joy, bliss all come from the heart chakra. A connection to the One Infinite Love, a connection to the Self, ultimately allows for complete love and fulfillment from within. When this is activated and realized, the physical reality completely aligns within the vibration of this infinite love.

This is true manifestation.

And you may have realized that the focus has nothing to do with the physical form. This is where the misunderstanding of manifestation occurs, where the focus is always placed on the external reality, but that is secondary to what is occurring within the being.

Manifestation is more about resonation. What is the being resonating at? What frequencies and vibrations are the being connected to and resonating at? When this is truly aligned, and “clicks” in this way, all of the issues, difficulties will dissolve.

The being will be abundant, connected, joyful, and blissful within all forms. And everything that occurs within the physical reality will reflect that, which in turn, confirms the being’s beliefs of abundance and alignment.

This creates increased ease of manifestation. And “as within, so without.” 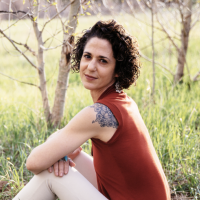