“Please Keep your Hands to Yourself:” Why I advocate Consent for my Children. 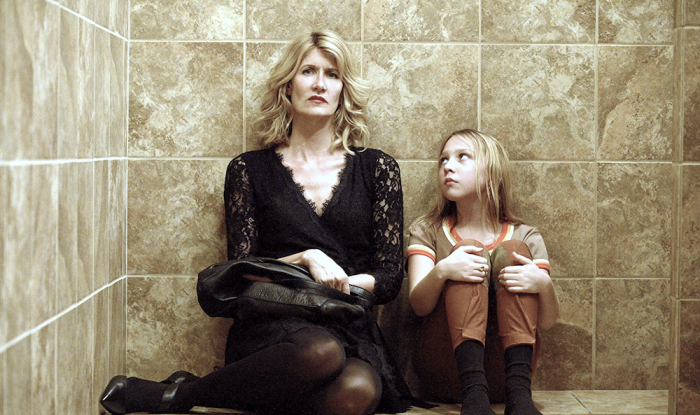 I was passing time with my one-year-old daughter, Ruth, as we waited to pick up my seven-year-old, Opal, from school.

The nanny of one of the kids swooped in, coughing into her hand. It was a wet and phlegmy cough, deep from her chest.

Then she proceeded to pick up a Goldfish cracker in the tray of Ruth’s stroller with the same hand.

It was not a malicious move, just thoughtless. She meant well, but I wanted to vomit.

The phrase what-the-hell-are-you-doing? was trapped in my mouth like a manic animal in a cage. But what actually came out of my mouth was: nada. Not a single word. It wasn’t until we had gathered Opal and were making our way to the car, after the moms and kids had dispersed, that I had access to the words I wanted to say.

At that point, it was too late. I sat in the front seat and weathered a cacophony of self-judgment and defeat in the wake of feeling silenced as per usual, betrayed by my own tongue.

“Using the word silenced makes sense,” Joe Soma, our beloved couple’s therapist of over a decade, said to me when I relayed this all-too-familiar story to him. Along the line, likely as a child, I learned that being silent is much safer than speaking up.

I took that teaching deep into my body, well out of the reach of my logical, thinking brain. The self-berating that follows those moments, though supremely unhelpful, is part of the package.

This was something I could mostly overlook before having children; there was no real urgency in this department of self-growth.

Then I had my first baby.

When Opal was born, this impulse to speak up, but being physically unable to, came on more often and more pointedly than ever before. There were many occasions when I simply could not access the language required to speak up on behalf of my child—even in the most benign of instances—and that fact weighed crushingly on my new-mom heart.

In her workshop, “Parenting Safe Children: Keeping Children Safe From Sexual Abuse,” Feather Berkhower lectures —at great length—on the importance of speaking up on behalf of your child. The workshop specifically targets the prevention of child sexual abuse, but the overarching theme is that of safeguarding our children and speaking up—in all areas.

Feather made it clear that there are viable actions that grown-ups can take to protect and empower their children against sexual predators—who, 95 percent of the time, are someone the child already knows.

To begin, we teach her that she is the boss of her body, and we advocate that she speak up on her own behalf. When she is unable to do that, it is up to us, as guardians, to speak up on her behalf. Speak to her teachers, her caregivers, the parents of her friends. Speak, connect, and make allies and connections. The word silence was nowhere to be found in this conversation of how we protect our kids, as well as how we guide them to protect their own bodies, hearts, and minds.

Joe said, “When you are taught to not speak up from a very young age, you internalize this to the core. And now, as an adult, when you have the impulse to speak up, of course your system is thrown into a state of confusion.”

“I get so frustrated with myself when I don’t say what I want to say,” I told him. Even with stuff that feels nonthreatening.

“Of course,” he said. “All that pent up energy has to go somewhere.”

Being keenly aware of this is one thing. But the question is, how do I do it differently the next time? How do I begin to align the words that want to be spoken with the voice that can speak them?

Joe, whose psychotherapy background and training is steeped in mindfulness, suggested this three-step practice:

Until now, it didn’t occur to me that the most effective way to protect and guide my daughters to be self-aware young humans and to have the ability to walk away from unsavory (or even threatening) situations may be to take a closer look at how I work with my own old, maddening tendencies.

Now, the instant I feel myself wanting to judge something I felt I was unable to say—the tendency that is so familiar and seductive—I think of my two brown-eyed girls, and they lead me by the hand back to my breath and to Joe’s three-step practice. This kind of consciousness is an act of clearing out the internal clutter. It’s also an act of faith.

The good news is that there will never be a shortage of opportunities to practice. Just recently, someone we are close to patted Opal’s bottom. It was affectionate and well-meaning, but I could tell by Opal’s face that she didn’t like it. She looked to me to say something.

And…I did. The words came out of my mouth, clear as a bell! I said, “I know you meant that sweetly, but please keep your hands to yourself.” Then I told her why. “We are teaching Opal that no one is to touch her without her consent.”

The harmless bottom-patter said, “I’m sorry. I won’t do that again.” No hard feelings.

Opal’s face reversed upward into a grin, and she scurried off down the hall. The result, I assume, of feeling protected and advocated for.

How to Tell your Lover you Survived Childhood Sexual Abuse. 10 Things I want every Struggling new Mom to Know. No, My Child Does Not Have to Hug You: Why I’m Raising my Toddler to Understand Consent.
See relevant Elephant Video