“Give us your Tired, your Poor”—why every Immigration Story has Value. 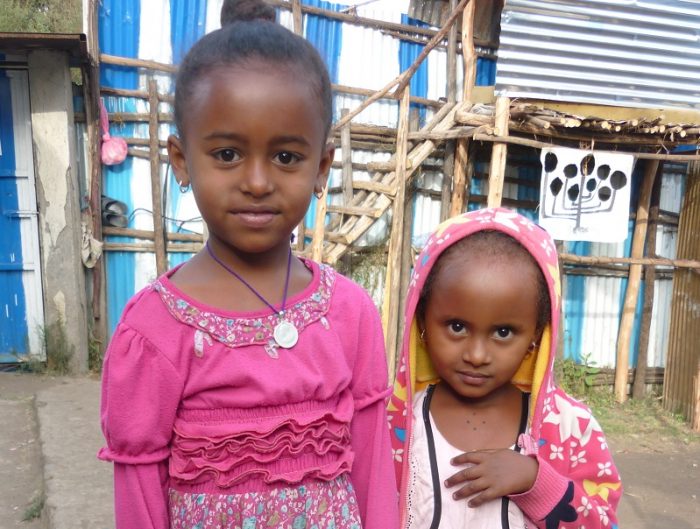 We each have our own valuable story—sometimes told, sometimes not.

I am of Eastern European Jewish descent, second-generation American. My perspective is colored by my personal history.

I am lucky. Blessed. Grateful. I am living a fulfilled life of my choosing in the United States. But I cannot ignore the rising tide of anti-Semitism here and abroad. I am fearful of the past repeating itself while trying to keep the faith.

It’s hard. And so scary.

Many of my ancestors could not fulfill their destinies. They perished in multiple ways: in pogroms, the Holocaust, overcrowded boats such as the S.S. Exodus, which turned away with 4,500 desperate refugees on board a space suitable for 500.

People have endured horrific hardships in their homelands and again when fleeing. It takes tremendous courage to leave one’s former life, regardless of its gruesome reality. Jumping into a pool of unknowns with no real resources is an act of sheer desperation.

I have met many of today’s refugees who are seeking not just a better life, but simply stated—a life. They express fear, gratitude, more fear, and faith that things will work out. They huddle together in their communities—documented or undocumented—where they find love and support, hope and faith, and the feeling of safety in numbers. Their cultures and religions bind them together.

Immigration is certainly not a new story. Within waves of immigration are many individual stories. Some have happy endings. Some do not. It’s important to continue telling these stories, regardless of country of origin or motivation. The U.S., since its inception, has been a shining light of hope for those escaping repression, religious prejudice, gang wars, dictatorships, ethnic cleansing, torture, and more. We haven’t always been the best we can be, but we have held on to our democracy saying, “Give us your tired, your poor.”

Traveling recently with Micha Feldman, Israeli author of Wings of Eagles and a living legend whose life is dedicated to rescuing Ethiopian Jews, I visited some of the thousands still stuck living in squalor in Ethiopia. They wait years, still hoping to get out to a life in Israel.

I also met Ethiopian Jews living in Israel and heard their stories of walking through the Semien Mountains at night, often barefoot, the very young and old, pregnant and ill, all desperate to escape anti-Semitism and poverty. Marauders along the way demanded money they didn’t have. Many did not make it to the Somalian refugee camps. Many left family behind. There is a film on Netflix titled “The Red Sea Diving Resort,” which tells their fascinating story of escape and rescue thanks to the Israeli Mossad.

A short time ago, I met three undocumented Mexican couples and their children. All were working menial jobs here, paying taxes and rent, and terrified to leave their homes and families in Mexico. Their need to escape gangs and/or poverty overpowered their fear. In some parts of Mexico, it is hard to get jobs unless you know someone or agree to have sex in exchange for work.

They are all sending money to relatives back home. One woman’s talented grandmother embroiders bags and sends them here to sell for $30 each. The granddaughter sends that money to her grandmother. 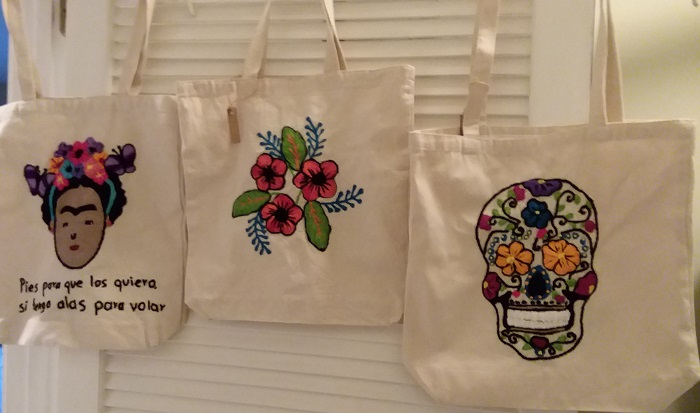 These people have been here 15-19 years, led by “coyotes”—paid guides who know the ropes to cross the border. Trekking by foot at night, crawling by day, sleeping on the Sonora Desert floor with tarantulas, snakes, and human skeletons, they arrived to a van in Phoenix that piled them one atop another for the drive east.

There were problems in the desert along the way. When they ran out of water, they drank from a dirty pond. Shoes falling apart resulted in barefoot, bleeding soles. Fevers occurred from the thorny bushes pricking their skin and causing infection. The biggest problem was fear, the all-encompassing fear of getting caught, or worse, injury or death. At that time, they paid $2,000 to the coyote; today it’s about $12-13,000.

One of the men tried crossing three times. The third time he was helped by a ranger who gave him water and directed him to an easier crossing. All their marriages happened here and their kids are U.S. citizens by birth. Parents are waiting for their children to turn 18 so they can begin the process of legal citizenship.

The fear of deportation and separation from their kids is prevalent. Some have alternate plans in place, while some do not and cannot face the possibility of deportation. Two young daughters cried bitterly as we spoke. It was impossible to comfort them.

Faith keeps them moving forward in their daily lives. Knowing their children can achieve something here empowers them. The families integrate the best of both cultures to create loving homes. They fully embrace our Thanksgiving.

Living under the radar is challenging. They have no voice, no rights, no police protection, no insurance, no political power, no vacations. But they are self-sufficient—working jobs many Americans don’t want. They receive no handouts.

These are resilient, proud, hardworking people who only want to give their kids a better life. Kind, compassionate, honest people with strong family values. It was an honor to be trusted with their heartfelt stories.

We need more citizens like them these days in the good ol’ U.S.A., don’t we? 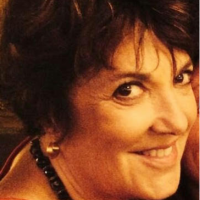 Miriam Seiden wears many hats in her life in order to satisfy her hungry mind and soul. Aside from a long corporate career in the shopping mall and airport real estate world… Read full bio

The Photos that finally made me see the Difference between Refugees & Us. National Geographic Photographers Provide Family Portraits to 18,000 Syrian Refugees. An Open Letter from an Immigrant to President Trump.
See relevant Elephant Video